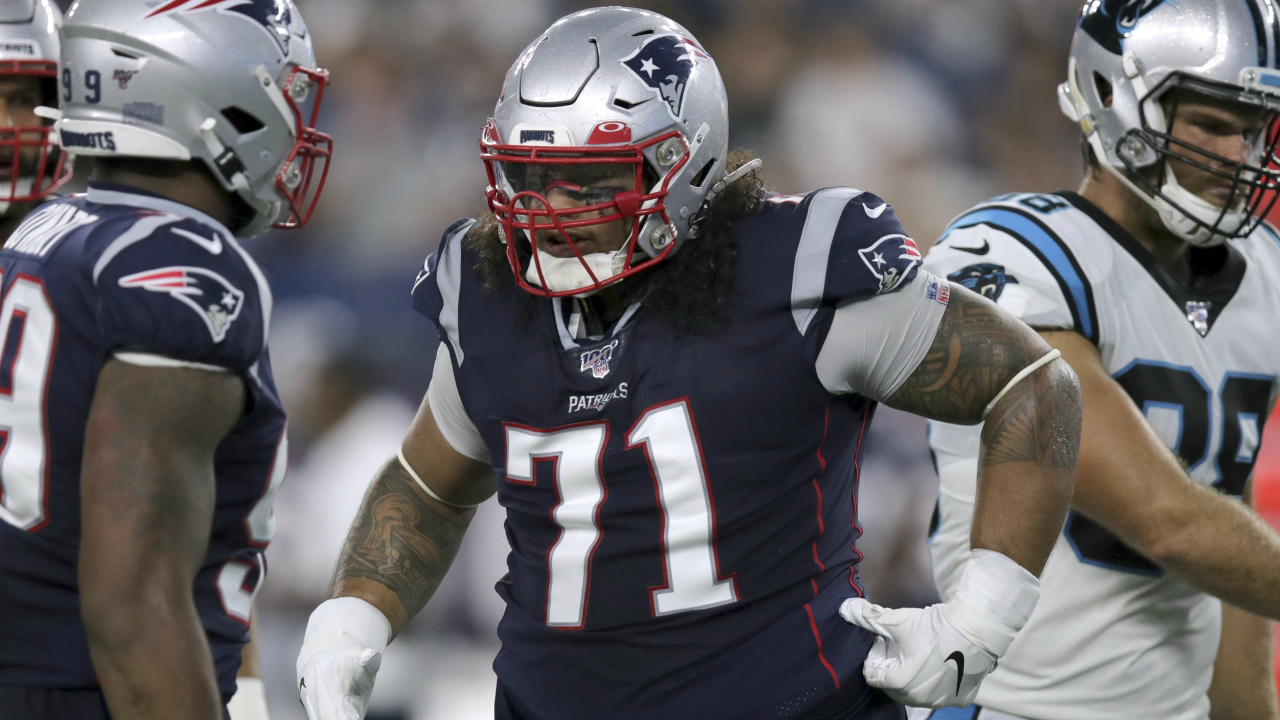 (Copyright 2020 The Associated Press. All rights reserved. This material may not be published, broadcast, rewritten or redistributed.)
(AP Photo/Charles Krupa)
New England Patriots defensive tackle Danny Shelton walks to the huddle in the first half of an NFL preseason football game against the Carolina Panthers, Thursday, Aug. 22, 2019, in Foxborough, Mass.

The Patriots also agreed to trade safety Duron Harmon to the Lions. The teams did not announce additional terms of the deal. The trade is pending a physical.

Lions coach Matt Patricia has familiarity with Harmon. Patricia is entering his third season as Detroit's coach and was New England's defensive coordinator before taking over the Lions.