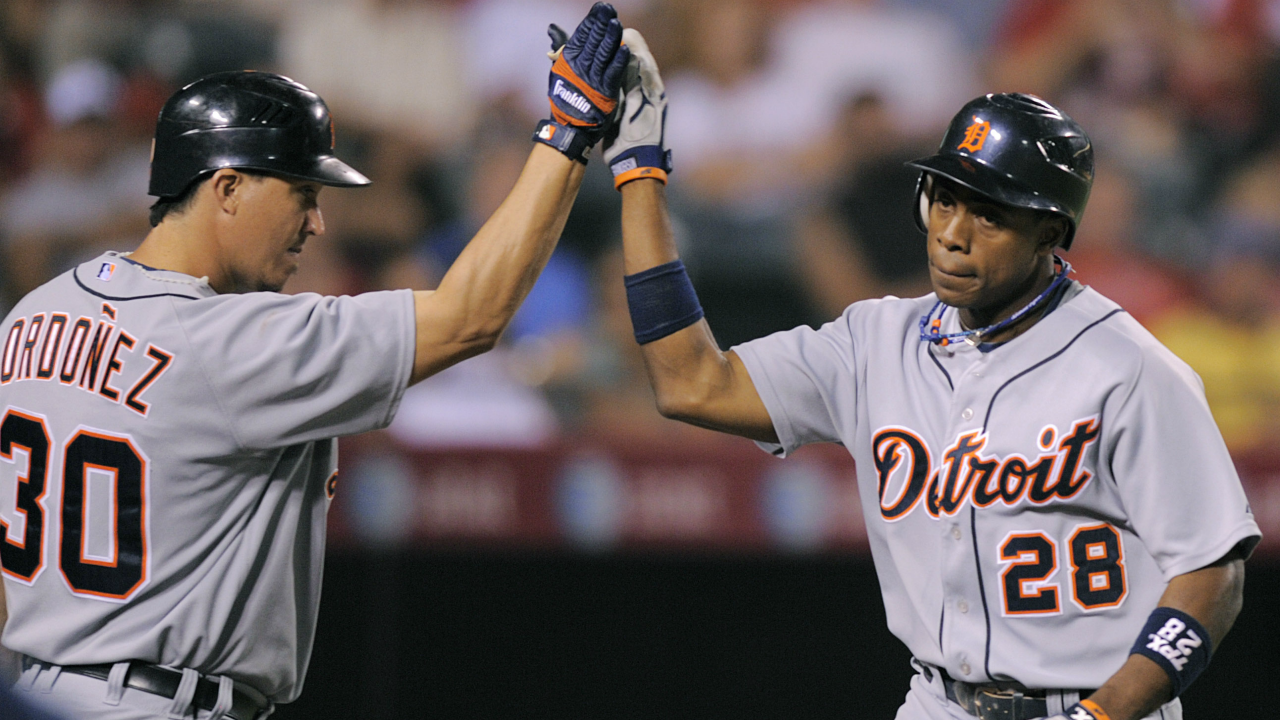 (Copyright 2020 The Associated Press. All rights reserved. This material may not be published, broadcast, rewritten or redistributed.)
Jae C. Hong
Detroit Tigers&#39; Curtis Granderson, right, is greeted by his teammate Magglio Ordonez after hitting a home run against the Los Angeles Angels in the fifth inning of a baseball game in Anaheim, Calif., Tuesday, Aug. 25, 2009. (AP Photo/Jae C. Hong)

“As I close out this wonderful chapter in my life and step away from my days on the field, I know that my role in this game is only just getting started,” Granderson said in a tweeted statement. “I look forward to continuing my work helping to diversify the sport, paving the way for young kids to learn and grow.”

It’s been an incredible journey! Thanks for the ride of a lifetime, @MLB @MLB_PLAYERS pic.twitter.com/0AgOgSjWSC

He went on to play for both teams in New York, Los Angeles, Toronto, Milwaukee and Chicago.