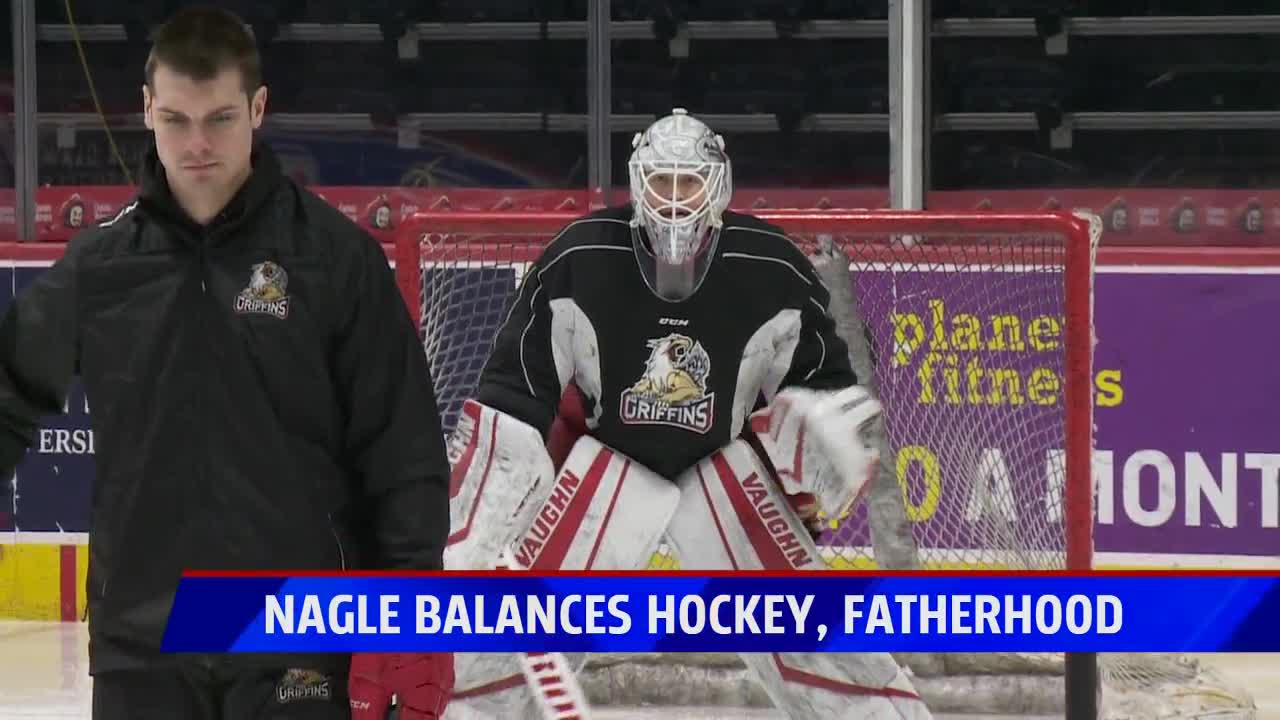 Nagle having a good season on and off the ice

GRAND RAPIDS, Mich. — Going into this season, Pat Nagle had only played in eight games at the AHL level.

Over the past two seasons, Nagle has made a living in the ECHL with the Toledo Walleye. In fact, during the 2019 playoffs, Nagle had a 2.03 goals against average.

"Nagle has gotten accustomed to being back and forth between Toledo and Grand Rapids over the past few seasons but now, it seems he's getting comfortable with the Griffs.

"I've had a lot of years of up and down and all around," Nagle added. "It's just kind of day by day."

The former Ferris State Bulldog has been extremely impressive here in West Michigan this season, posting a 2.13 goals against average in his 17 appearances.

"It's been a lot of work here," NAgle said. "Just working with Calvin Pickard, him and I have been battling, just trying to make each other better every day then it's a lot of scouting video and doing some drills on the ice."

"He's just been consistent for us," Griffins head coach Ben Simon said. "He battles, he competes, he's in control of his game right now, he's composed in the net and he's done a great job of coming up and playing some great games for us."

On January 7th, Nagle's life changed for the better as he and his wife welcomed their first born, Bryson.

"It's a whirlwind that's for sure," Nagle asid. "The first couple of weeks were not a lot of sleep or anything, we're just trying to get a schedule, the family has helped us out, that's been good."

Nagle's wife and newborn son are with him in Grand Rapids but with the life of a professional athlete, you can never get too comfortable.

"Yeah adding that element definitely makes things interesting but it's been fun."

After Bryson's birth, the team of course allowed Nagle to step away from hockey for a few days and spend time with family. Now, he's back to the chaos of the season and being a father.

"You have hockey, have a wife, have a dog and now you have a kid, it's been fun, it's a fun process."

Nagle hasn't been given many opportunities to shine in the AHL but he's making the most of the ones he's been given so far this year.