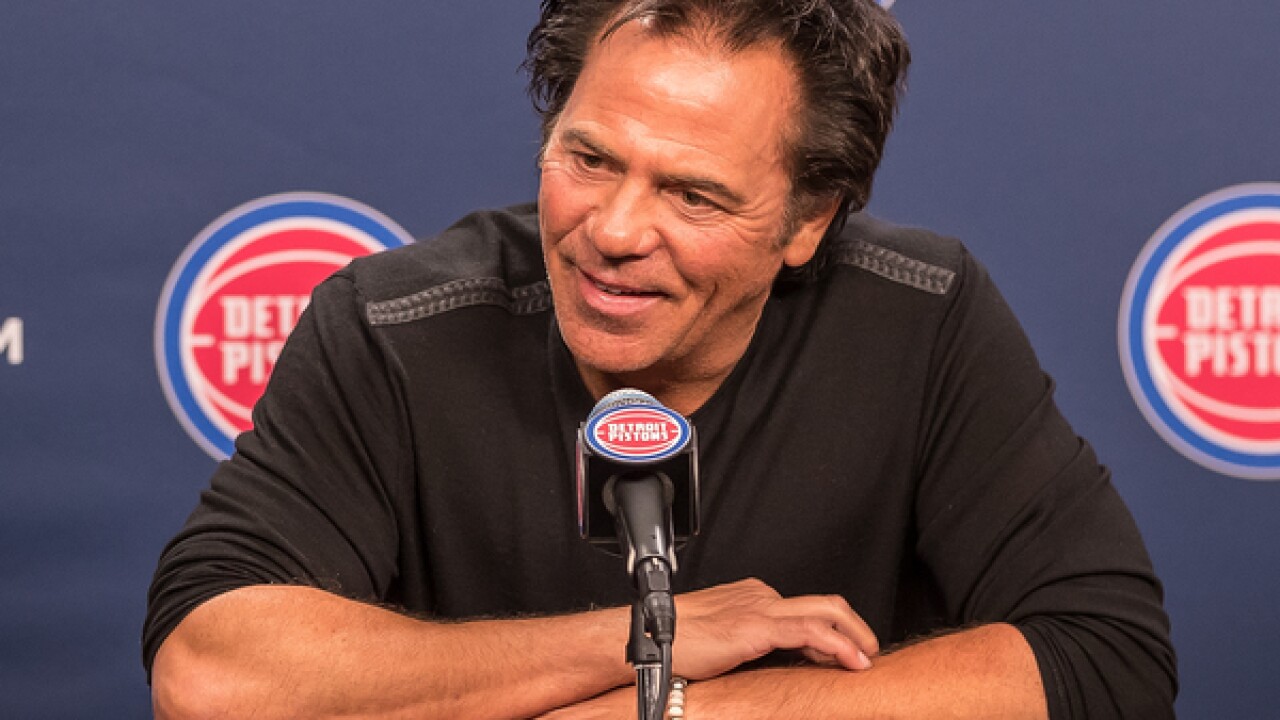 Copyright Getty Images
Dave Reginek
<p>DETROIT, MI - OCTOBER 18: Pistons owner Tom Gores addresses the media before the Inaugural NBA game at the new Little Caesars Arena on October 18, 2017 in Detroit, Michigan. NOTE TO USER: User expressly acknowledges and agrees that, by downloading and or using this photograph, User is consenting to the terms and conditions of the Getty Images License Agreement. The Pistons defeated the Hornets 102 to 90. (Photo by Dave Reginek/Getty Images)</p>

(WXYZ) — The activist group Worth Rises recently took out a full-page advertisement in Sunday's New York Times, demanding the NBA force Detroit Pistons owner Tom Gores to sell the team because of his investment in the prison telecom corporation Securus.

Gores is the founder and CEO of Platinum Equity, which owns Securus.

The activist group's website calls out the corporation for allegedly "price-gouging families" affected by the prison system, and how that disproportionately impacts Black, Brown and low-income families. The organization also says that the corporation "routinely charges as much as $15 for a simple 15-minute phone call, and piles on sky-high deposit fees, among others."

Worth Rises sent a list of demands to Gores in March 2019 to address their concerns, while calling for him to "divest from Securus." The group says no changes have come from those demands.

"Time is up with 2020 is coming to a close. Repeated attempts to engage Gores in constructive dialogue have failed to produce relief for incarcerated people or their families," the group said. "Meanwhile, prisons and jails have become hotbeds for COVID-19, administrators have suspended visits, and families are facing an economic crisis that sees no end. The situation is disastrous, yet Gores’ predatory profiteering continues."

In a statement sent to 7 Action News from Mark Barnhill, Gores' partner at Platinum Equity and an alternate governor for the Pistons on the NBA Board of Governors, he says they are working on "the sweeping transformation of Securus Technologies."

His full statement is below:

“Our commitment to the community and to social justice is visible every day in impactful programs in Detroit supporting education, economic development, community involvement, civic and voter engagement, athletics and philanthropy. Beyond the NBA, we are collaborating with a broad coalition of groups and individuals on the sweeping transformation of Securus Technologies, which provides telecommunications and other services to incarcerated individuals. Worth Rises has been invited to join in that collaboration, but has declined in favor of shouting from an isolated fringe. Our priorities at Securus are unchanged: Shoulder the heavy lifting necessary to transform the company and the industry, and do so in collaboration with a broad coalition of groups and individuals focused on connecting families and providing affordable and accessible technologies that improve outcomes for the incarcerated.”

The NBA also released a statement saying, "We understand Worth Rises’ passion for prison reform and have been in regular communication with Tom Gores regarding their concerns. Mr. Gores and his colleagues have had ongoing discussions with a number of non-profit organizations focused on similar reform and we support their efforts to address these important issues.”