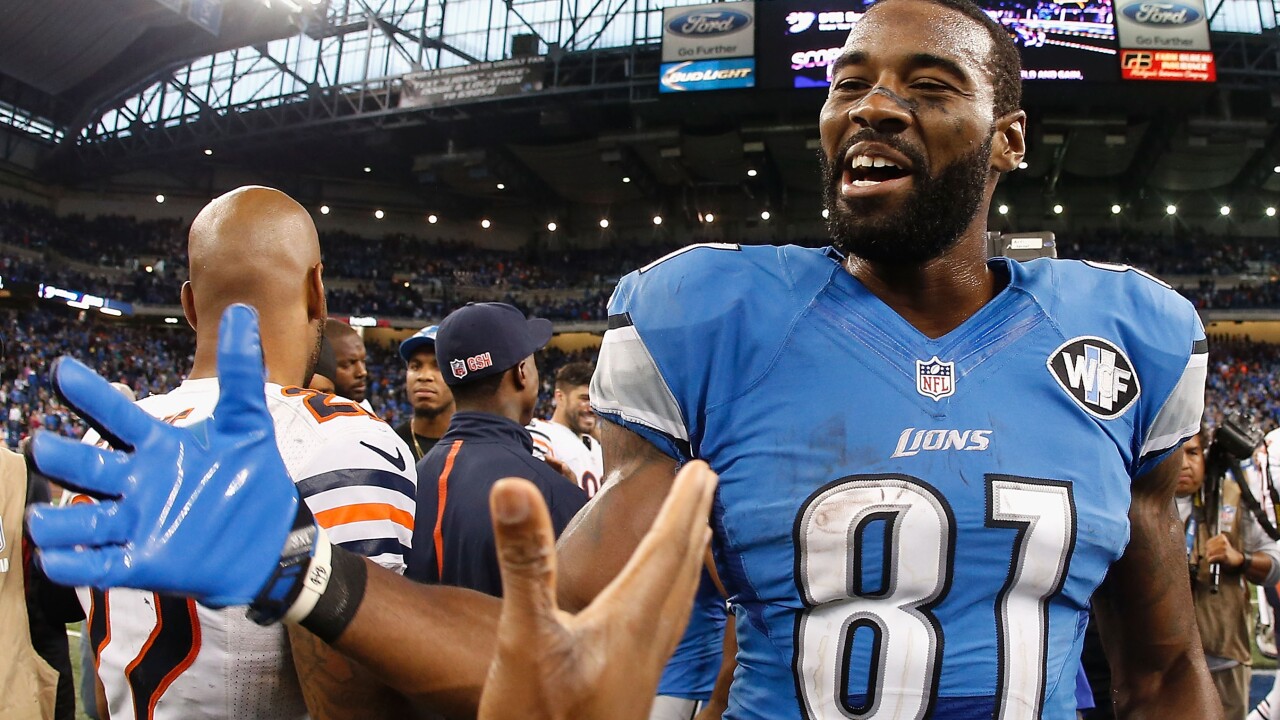 CANTON, Ohio — Former Lions wide receiver Calvin Johnson has been named as a finalist for the Pro Football Hall Of Fame, and in two weeks, he could be named the first Detroit Lions modern-era player honored in the Hall of Fame since Barry Sanders

Johnson is one of 15 finalists and one of three wide receivers looking to join the Hall of Fame soon, joining fellow legendary pass catchers in Torry Holt and Reggie Wayne.

Selected as the second overall pick in 2007, Johnson played nine NFL seasons and retired as the Lions' all-time leader in receiving yards, receiving touchdowns and catches.

Johnson was a six-time Pro Bowl selection and was named to the All-Pro team three times, totaling 731 catches for 11,619 yards and 83 touchdowns in less than a decade

Johnson retired after the 2015 season at 30 years old.

The Class of 2021 will be revealed during NFL Honors on Saturday, Feb. 6, and enshrined on Sunday, Aug. 8 in Canton, Ohio.