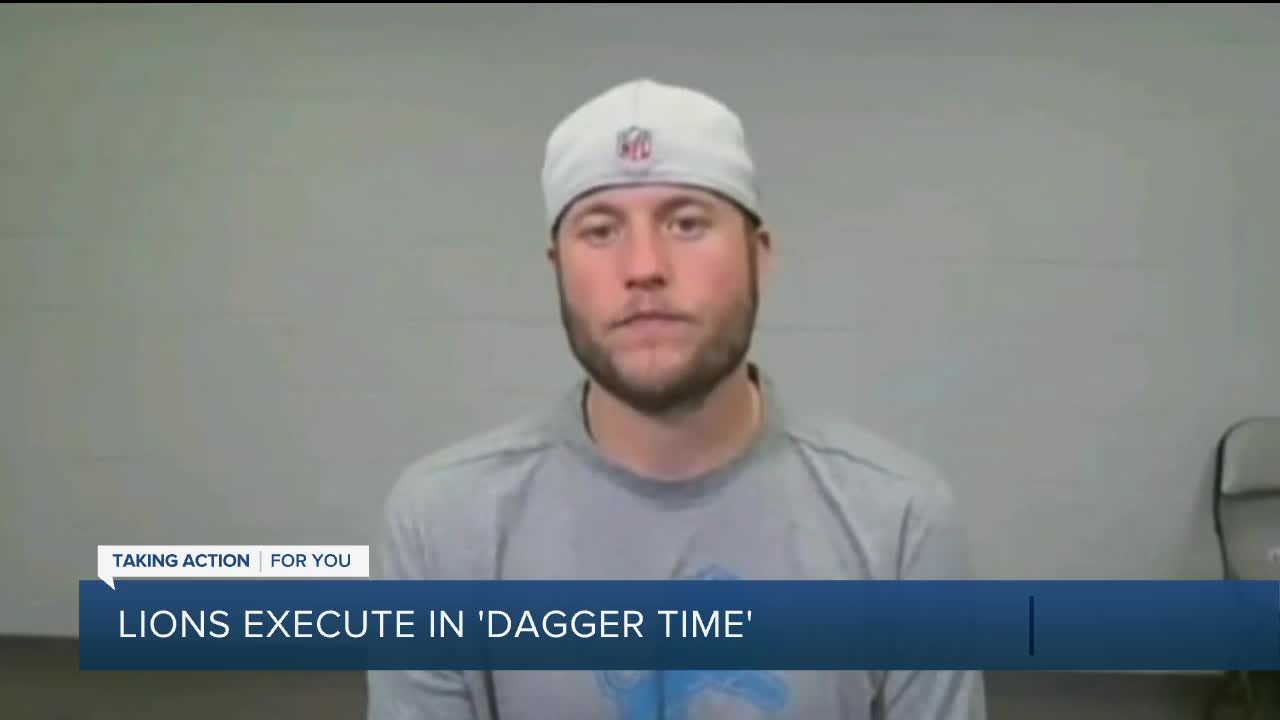 The Lions were able to move the ball down the field to set up the game winning field goal as time expired.

Team slogans are pretty routine when it comes to sports.

Yet when the team using them doesn't live up to them, it can be humbling.

The Lions invested time in the off season inside Ford Field to plaster the slogan 'Dagger Time' in the upper deck, perhaps as a reminder to the team that when winning time comes around, they better execute.

Detroit failed to do that for first two games of the 2020 season, and then in Arizona, it clicked.

The Lions were able to control the ball with just over four minutes to go to allow Matt Prater to kick the game winning field goal as time expired.

Plenty of 'Dagger Time' plays were made during that drive.

While winning game in the fourth quarter is something that Matthew Stafford has done 27 before in his career, Sunday's win was a big one, helping the Lions to avoid starting the season 0-3.

"That's the situation I want, I love it, we had another opportunity today and I wasn't going to let that sink through my fingers," Lions quarterback Matthew Stafford said.

We'll see if the daggers stay sharp, as the Lions have the New Orleans Saints coming to town next Sunday.