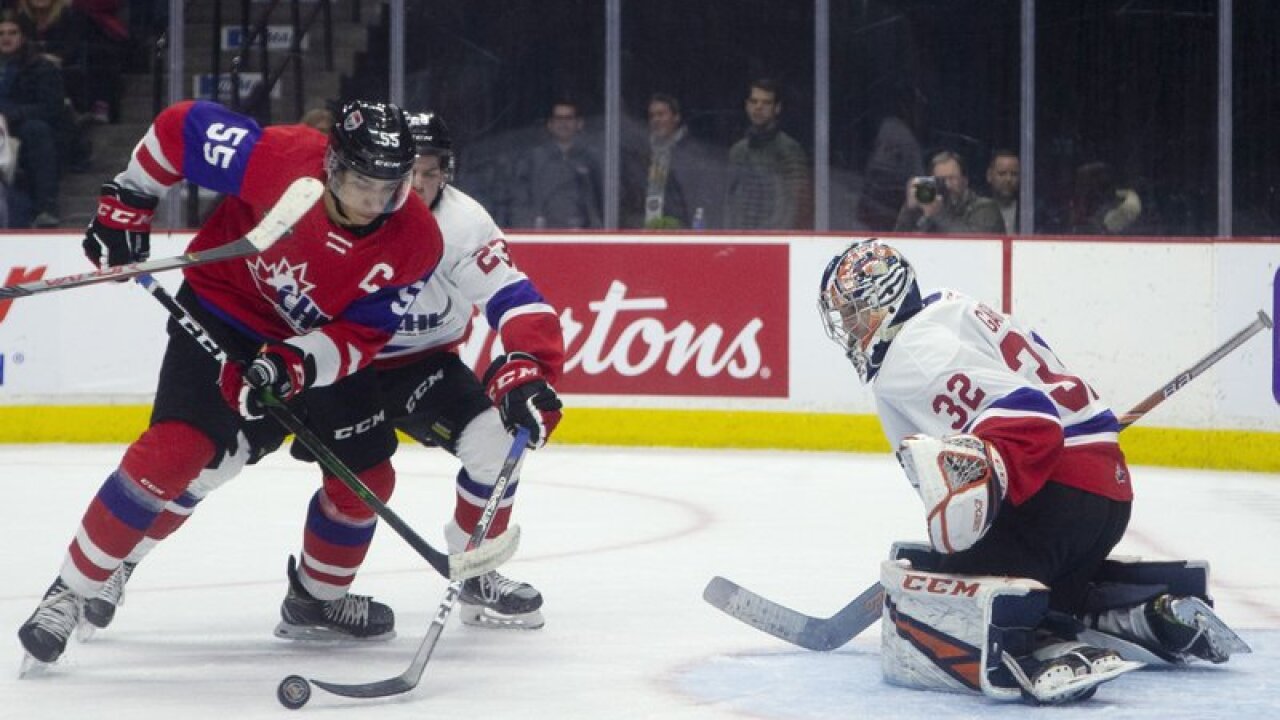 Quinton Byfield became the highest drafted Black player in NHL history on Tuesday night when the Los Angeles Kings selected him with the second pick.

“Being in the record books for anything is definitely super special, but that especially,” Byfield said. “My dad and mom didn’t play hockey or didn’t have too much knowledge about that. Kind of just growing the game together. I think it just shows that there’s a lot of opportunity for everyone in the world and that you can play every sport and be successful in it.”

“The league is doing a really a really good job with all the inclusivity and just the awareness that they’re getting out,” Byfield said. “I think it would be really nice if I got involved with that and spread the positivity and just be a positive role model.”

The 6-foot-5 Canadian center who played in the Ontario Hockey League might be able to start sooner than later. He believes he could play in the NHL next season.

“I’m pretty confident guy,” Byfield said. “I definitely think I could step into the NHL next year, but I know it’s a really big jump from the OHL and really challenging.”

Before he went fifth to Ottawa, Jake Sanderson had to email his biology professor at North Dakota to get out of class so he could get to the arena and set up for the draft. The defenseman was excused.

“She understood the circumstances because she knows it’s a once-in-a-lifetime opportunity, so I think she was pretty excited for me,” said Sanderson, the son of former NHL forward Geoff Sanderson. “Obviously I’ll be in class next week.”

The Winnipeg Jets paid tribute to late Hall of Famer Dale Hawerchuk by having his wife, Crystal, announce their first-round pick. Hawerchuk lost his long battle with stomach cancer in August.

“Our family would like to thank the Winnipeg Jets and all of Dale’s loyal fans and friends for their love and support,” she said. “I want you to know that he loved Winnipeg and always felt a special connection to the people of Manitoba. We both consider Winnipeg our home.”

Fitting because her husband is from Toronto, she then announced the pick of Toronto-area native Cole Perfetti at No 10. That was Hawerchuk’s number.

When the San Jose Sharks selected Ozzy Wiesblatt with the 31st and final pick of the first round, director of scouting Doug Wilson Jr. announced it with words and sign language. Wiesblatt’s mother, Kim White, is deaf.

“That means a ton, especially to my mom and the deaf community in general,” Wiesblatt said. “It’s a very nice gesture for him to do, and my mom will never forget that.”