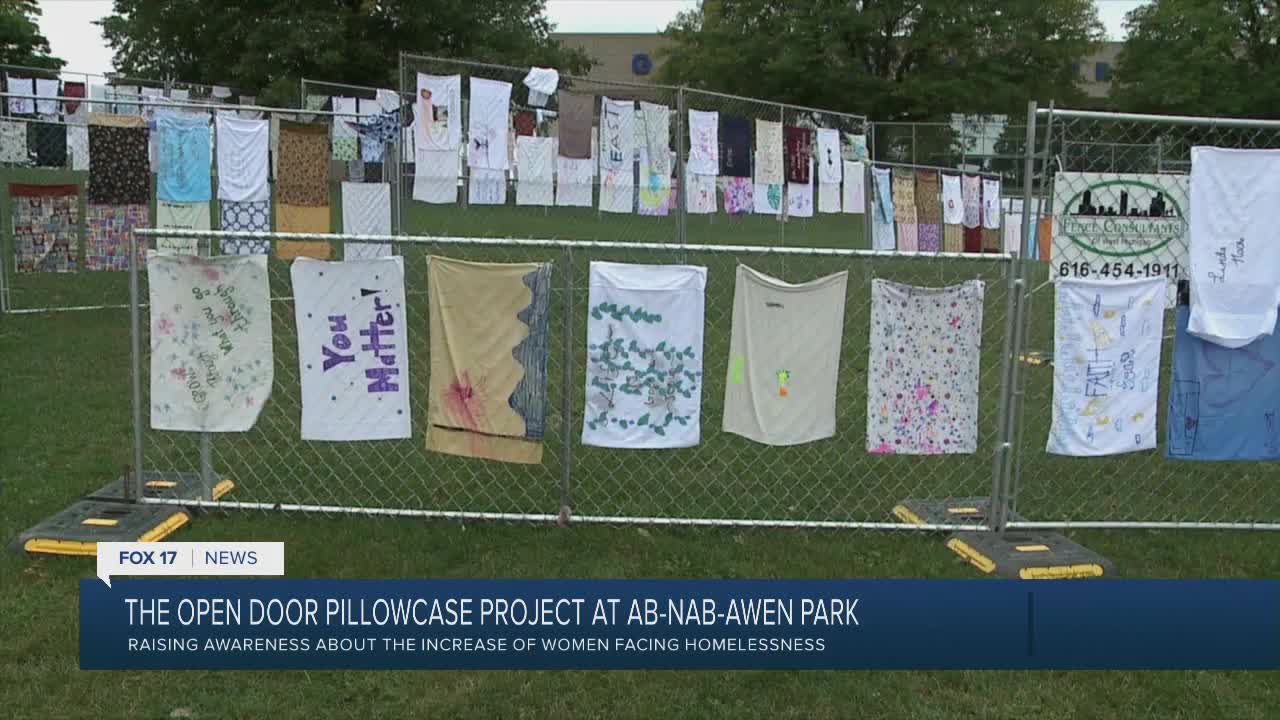 GRAND RAPIDS, Mich. — Walking by Ab-Nah-Awen park in September in Grand Rapids you might notice something a little odd, thousands of pillowcases hanging from chain link fences.

Director of Development at Dégagé Ministries, Brooke Jevicks tells us this is being called the "Open Door Pillowcase Project."

She says there are 4,700 decorated pillowcases hanging at Ab-Nab-Awen right now.

Each one of those pillowcases is meant to represent an individual woman who Dégagé Ministries has served in their overnight center.

It's being done as part of the City of Grand Rapids event, "The Bridge GR," which is being held in lieu of Art Prize this year.

Dégagé says they hope these pillowcases will help raise awareness about the increase of women facing homelessness.

According to Jevicks there has already been a surge in women facing homelessness this year, but due to the pandemic, they expect there to be an even larger surge when the eviction freeze is lifted.

Now as far as who physically placed all the pillowcases in the park?

That was done by area businesses, churches, hospitals, and non-profits.

"Tons of other churches and businesses in our Grand Rapids area have come together to decorate and give words of encouragement for the women that we serve," says Jevicks.
"Anybody can come down here and be inspired by so many of the powerful and impactful messages on these pillowcases. I'm certain that everybody will be moved to comes down to check them out."

"The Open Door Pillowcase Project" is going on from September 10th to October 1st.

It's an interactive exhibit so people are encouraged to decorate and add their own pillowcases.