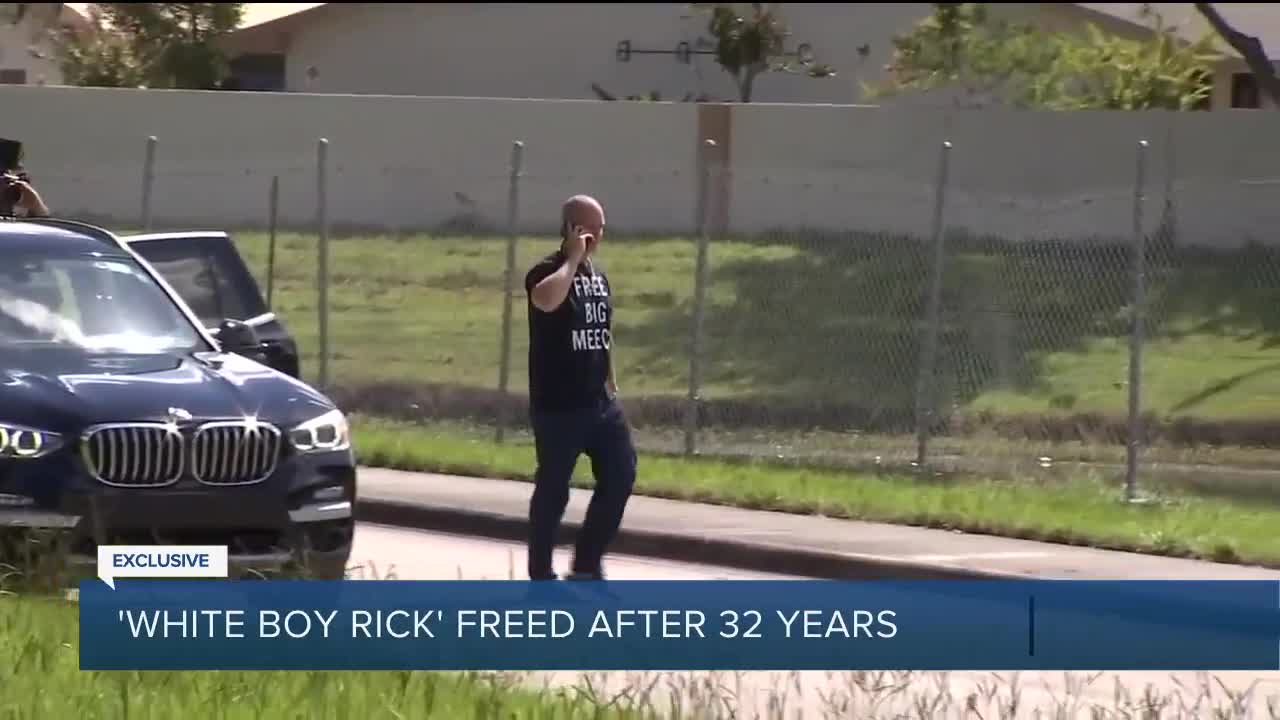 Prison inmate Rick Wershe, known to many as “White Boy Rick,” will be set free for the first time as an adult. 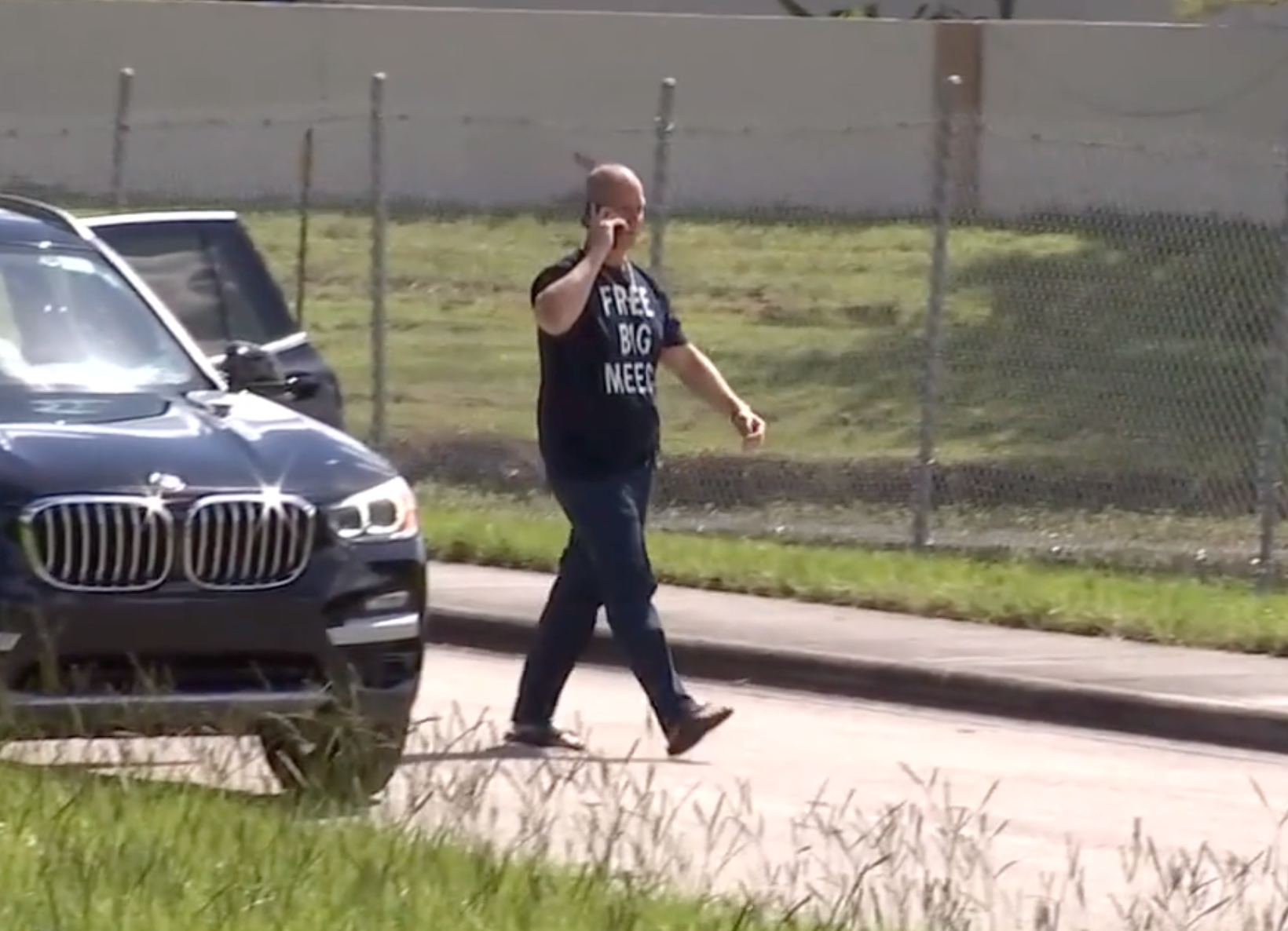 Prison inmate Rick Wershe, known to many as “White Boy Rick,” was set free on Monday just after 10:30 a.m. in Florida for the first time as an adult. His story begins with time spent as a teenage FBI informant, then later serving more than 30 years behind bars for a nonviolent drug offense.

On Monday, he walked out of a Florida halfway house as a free man. His fiancée picked him up in Florida and confirmed he was released.

BREAKING: After 32 years and 7 months in prison, Rick Wershe known to many as “White Boy Rick” is a free man. He was picked up from a Florida facility by his fiancé this morning. ⁦@wxyzdetroit⁩ #12PM pic.twitter.com/YgSBvfMGEs

In the documentary “White Boy,” Rick is described as a victim of the old mandatory life law for anyone caught with 650 grams of cocaine or more.

“Third world countries don’t incarcerate like this,” says retired FBI agent Greg Schwartz. Rick has spent most of his life behind bars since being convicted of that nonviolent drug offense at age 17. The law that sent Rick to prison was later overturned for being unconstitutional, yet Rick was not allowed to go home.

Over the years, supporters have called Rick a political prisoner.

He points out that Rick began helping the FBI as an informant at the age of 14, and today the same criminal offense would only carry a sentence of up to three years.

Even worse, record shows FBI agents at the time sidestepped rules to use Rick, only to stop returning his calls when they no longer needed his help. After a movie based on his life was released, his sister Dawn Wershe sat down with us to discuss the role of media at the time.

“It was like he was a rockstar, but he wasn’t," Dawn said. "It made him more than what he was. Here they were using a child as an underage informant, which I believe is against all types of laws.”

Many believe Rick was lucky to survive being shot at 15, as well as an attempted murder by the confessed Detroit hitman known as Nate Boone Craft.

Craft spoke out in the documentary “White Boy” saying a former DPD commander wanted Rick killed, because he knew too much about corruption and ties to the family of former mayor Coleman Young Jr.

“He wanted us to make sure we killed White Boy Rick, and if you made our list you were going to be killed.” Craft said.

Experts say Rick’s own attorneys at the original trial purposely threw the case to protect bigger drug players. Inside prison, Rick insisted the system had his body but never took his mind. But, as former police officers and prosecutors spent years testifying at parole hearings to keep him locked up, it was a former detective who later came forward to say “it was a sham.”

The former Detroit police detective says history has revealed a massive conspiracy of lies to keep Rick in prison because of his cooperation against corrupt public officials. Rick in fact helped with the largest public corruption case in the history of Detroit at the time.

All those who served time for drug cases at the time have since been released. Eventually, in 2017, a parole board ruling granted his freedom from prison in Michigan, with support from Circuit Court Judge Dana Hathaway who found no reason to keep him incarcerated.

“He was kind of emotional. But, he was very very excited.” says Rick’s attorney Ralph Musilli. Sadly, Rick immediately was sent to Florida to finish serving yet another unrelated sentence. Now, because of the work done by his attorneys and supporters it’s time for a new chapter.

Rick is a father, grandfather and fiancé to his girlfriend Michelle from middle school. Come July 20, he’ll finally get the chance to start over.

“I’ve been receiving calls from people ready, willing and able to interview him for jobs.” Musilli said. After 32 years behind bars, Rick has a lot of supporters waiting to see him. His fiancé will pick him up on Monday as his future begins.