Whitmer chosen to give Democratic State of Union response 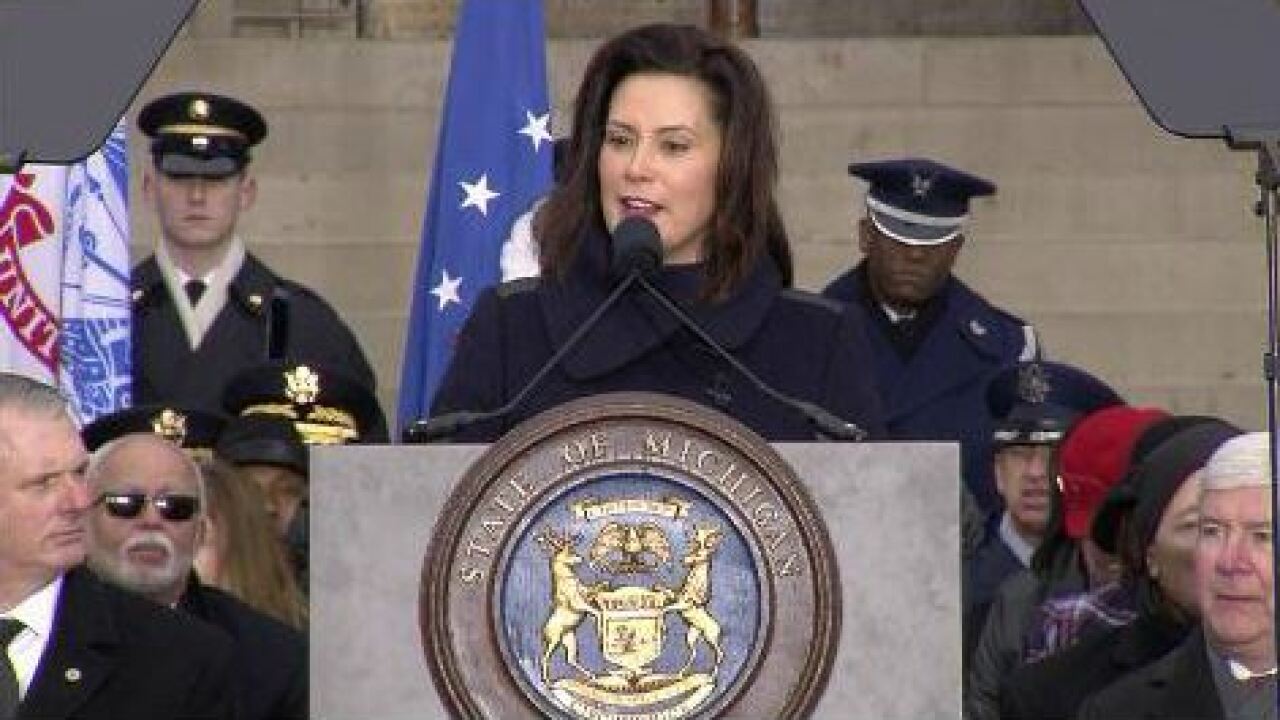 Rep. Veronica Escobar of Texas will deliver the Spanish-language response.

They praised Whitmer for her efforts to ensure clean drinking water in communities across Michigan, which was scarred by the 2014 water crisis in Flint.

In response to the announcement, the Michigan GOP released the following statement:

"Governor Whitmer has failed to prove herself to Michiganders. From our crumbling roads she promised to fix, to holding Michigan's most vulnerable communities hostage for a massive gas tax, it is only fitting that she is joining in on the same D.C. parlor games the people of our state resent.” said Michigan Republican Party Chairman, Laura Cox. Cox continued, "The governor broke every promise she made on the campaign trail. She’s had ample time to make a difference for our state, but her past year in office has been nothing more than photo-op's and sound bites. Ultimately, Gretchen Whitmer's decision to side with Chuck Schumer and Nancy Pelosi makes it that much easier to give our state a new governor in 2022."

Escobar, of El Paso, attended a protest rally in August ahead of Trump's visit to the city after a mass shooting at a Walmart killed 22 people. Police said the gunman specifically targeted Mexicans.