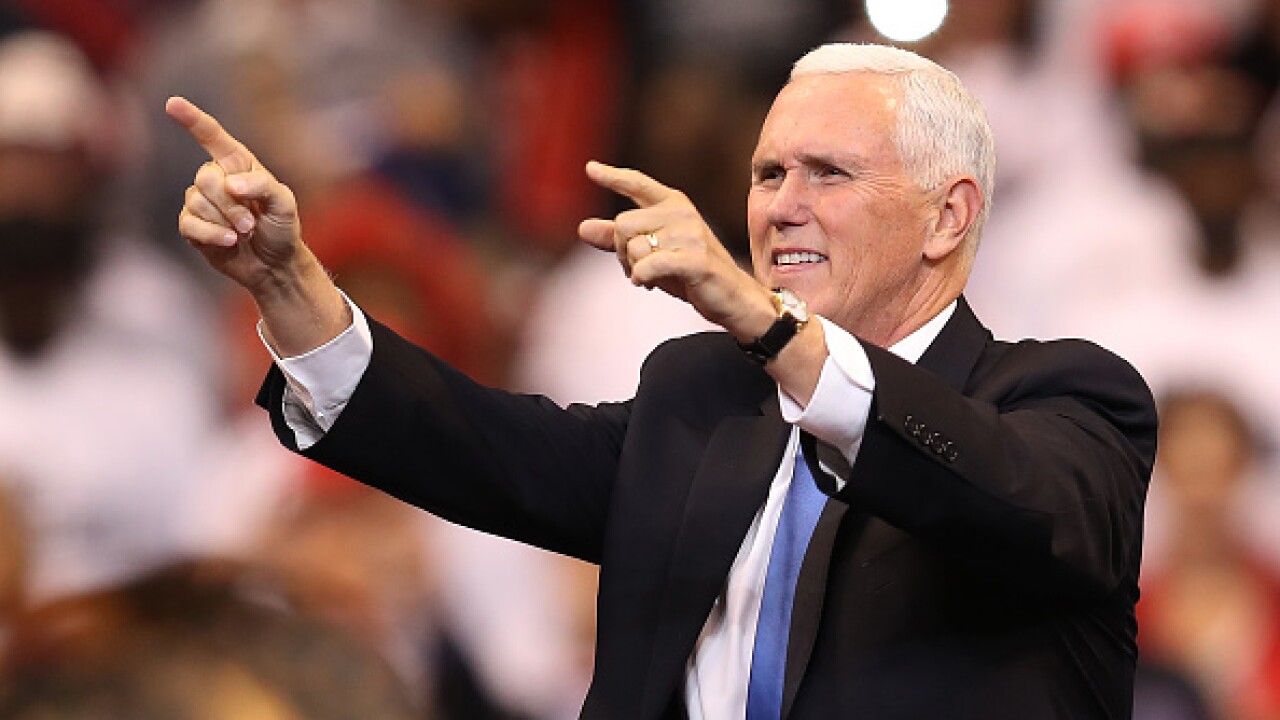 LANSING, Mich. — Vice President Mike Pence will be back in Michigan later this month.

He will be here Feb. 25 on a campaign bus tour and speak at the Michigan Far Bureau legislative seminar in Lansing before heading to a “Keep America Great” event in Troy.

Pence and President Donald Trump have made multiple trips to Michigan over the last few months as they campaign for reelection. Pence made stops in Grand Rapids, Portage and Holland in November, and Trump held a rally in Battle Creek in December.

"Under the leadership of President Trump and Vice President Pence, Michiganders keep notching countless victories as a result of an America First agenda. From fully funding the Great Lakes Restoration Initiative to passing the historic USMCA - which is rapidly bringing manufacturing jobs back to our state - the Trump-Pence Administration is working overtime for Michigan. I look forward to welcoming Vice President Pence back to Michigan, and laying the groundwork to four more years of winning!"