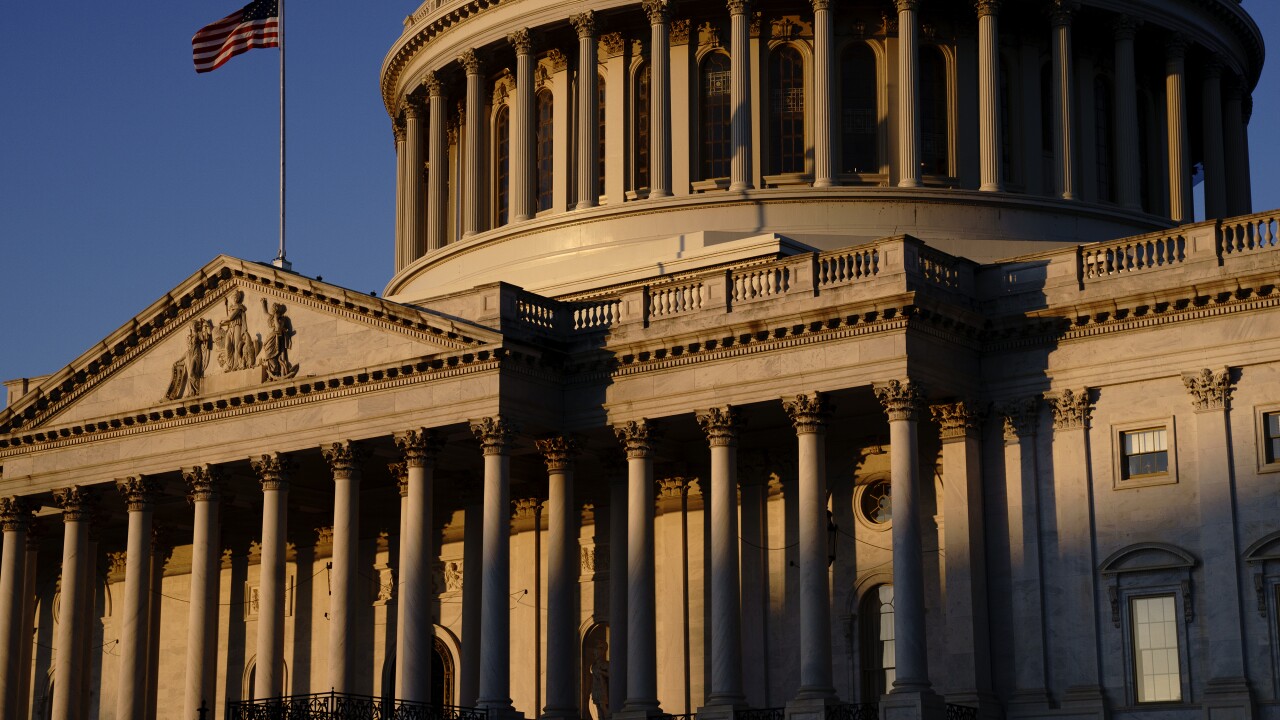 (Copyright 2020 The Associated Press. All rights reserved. This material may not be published, broadcast, rewritten or redistributed.)
J. Scott Applewhite
The Capitol is seen at sunrise on the first full day of the impeachment trial of President Donald Trump on charges of abuse of power and obstruction of Congress, in Washington, Tuesday, Jan. 21, 2020. (AP Photo/J. Scott Applewhite)

Senate Minority Leader Chuck Schumer has proposed three changes to a set of proposed rules for the impeachment trial of President Donald Trump, with both motions being tabled.

The motions to table Schumer's first three amendments calling, first calling for White House documents to be subpoenaed, second by calling for State Dept. documents, and a third calling for documents from the Office of Budget and Management Department passed by party line votes — 53 Republicans voted in favor of tabling the amendments and 47 Democrats voted against it.

The proposed rules for the impeachment trial, put forth in a resolution by Senate Majority Leader Mitch McConnell, created a partisan divide. McConnell's proposed rules indicated he was seeking a swift trial.

The rules, if approved, would allow House impeachment managers and Trump's legal team 24 hours each over three days to present opening arguments in the case. This is a change as the initial language in the proposed rules had set two days for opening arguments.

The change will most likely mean shorter trial days, going from 12 hours to eight hours.

The changes reportedly came after both Democrats and Republicans voiced concerns with the truncated timetable and the way evidence would be handled.

Following the opening arguments, senators will have 16 hours to question both sides, the proposed rules say. There is no limit on how many days over which those 16 hours of questioning can occur.

The impeachment trial officially got underway on Thursday, when Supreme Court Chief Justice John Roberts was sworn in to preside over the trial. Roberts then swore in senators before the Senate adjourned for the weekend.

In December, the House of Representatives introduced and adopted two articles of impeachment against Trump: One charge of abuse of power, and one charge of obstruction of Congress. Democrats argue that Trump abused the power of the presidency by withholding taxpayer funds earmarked for military aid for Ukraine in exchange for the Ukrainians opening an investigation into his political rival, former Vice President Joe Biden.

Trump believes that Biden unlawfully benefited his son, Hunter, by using his influence as Vice President to get a Ukrainian prosecutor, who was investigating Ukrainian energy company Burisma, fired. Hunter Biden sat on Burisma's board of directors. Obama administration officials maintain that the prosecutor, Viktor Shokin, was fired to stem corruption in the country.

The Democrats then say that Trump obstructed Congress by not participating in the impeachment investigation and did not make key witnesses available for questioning.