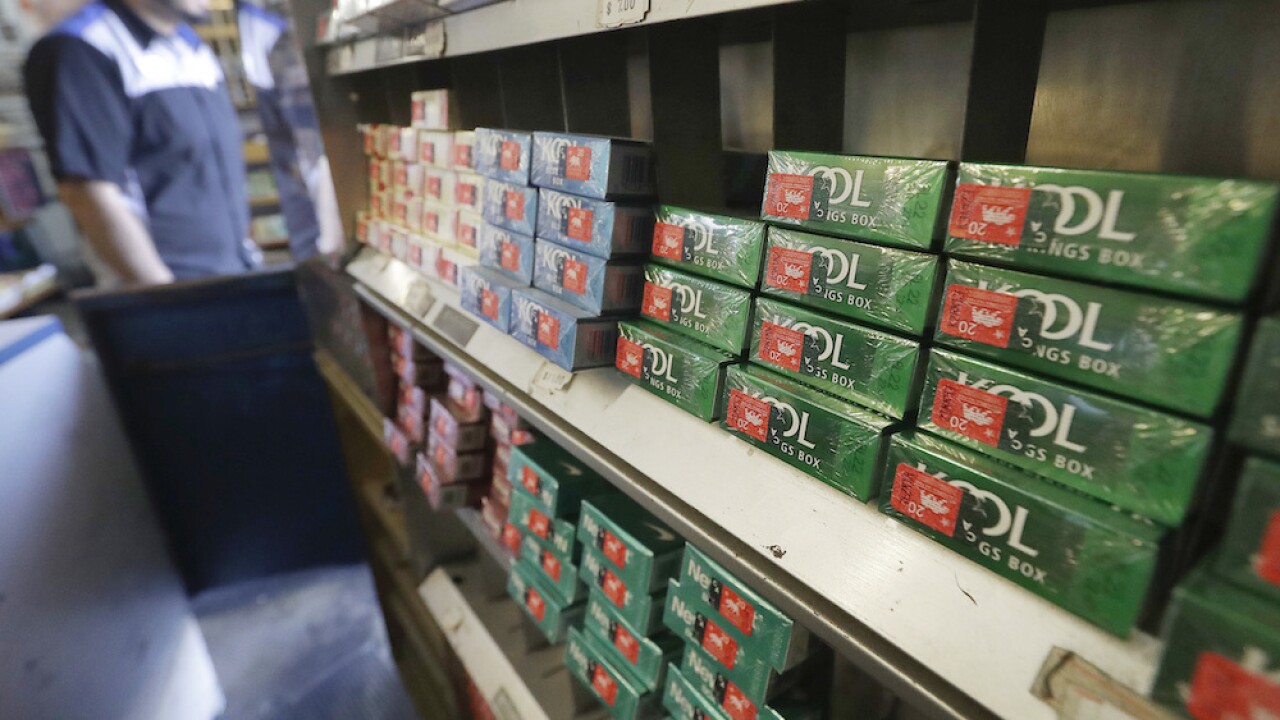 A bill that would ban nearly all flavored tobacco products was passed by the House of Representatives on Friday.

The "Reversing the Youth Tobacco Epidemic Act of 2019," or H.R. 2339, would ban the sale of flavored tobacco products, including e-cigarettes and vapes.

The bill is part of a push to prevent tobacco companies from attracting young people into forming a tobacco habit by enticing them with sweet flavors like mango, cotton candy and mint.

"We see what is happening with this appeal to children — trying to addict them to tobacco — as a real assault on the health and well-being of America's children," House Speaker Nancy Pelosi said.

The Hill also reports that the bill faced strong opposition from the Congressional Black Caucus. In addition to banning sweet flavors, the bill also outlaws menthol-flavored tobacco — a flavor that is used by a disproportionate number of African Americans.

Rep. Yvette Clarke also pointed out that the bill exempts premium cigars from the "flavored tobacco" ban, but the ban applies to cheaper cigars.

"The message that we're sending is that, you know, for poorer communities — communities with less franchise that are gonna be over-policed — we're going to add an extra burden to them," Clarke said to The Hill.

In addition to banning flavored tobacco, the bill also requires tobacco companies to included colored warning graphics on the packaging that depict the negative consequence of smoking and limits the online sale of tobacco products.

The bill now moves to the Senate. A similar bill was introduced in the Senate in January, but has not yet made it out of committee. It's unclear if President Donald Trump would sign the bill, but his administration has previously supported banning flavored e-cigarettes.