Family: US believes ex-FBI agent Robert Levinson has died while in Iranian custody 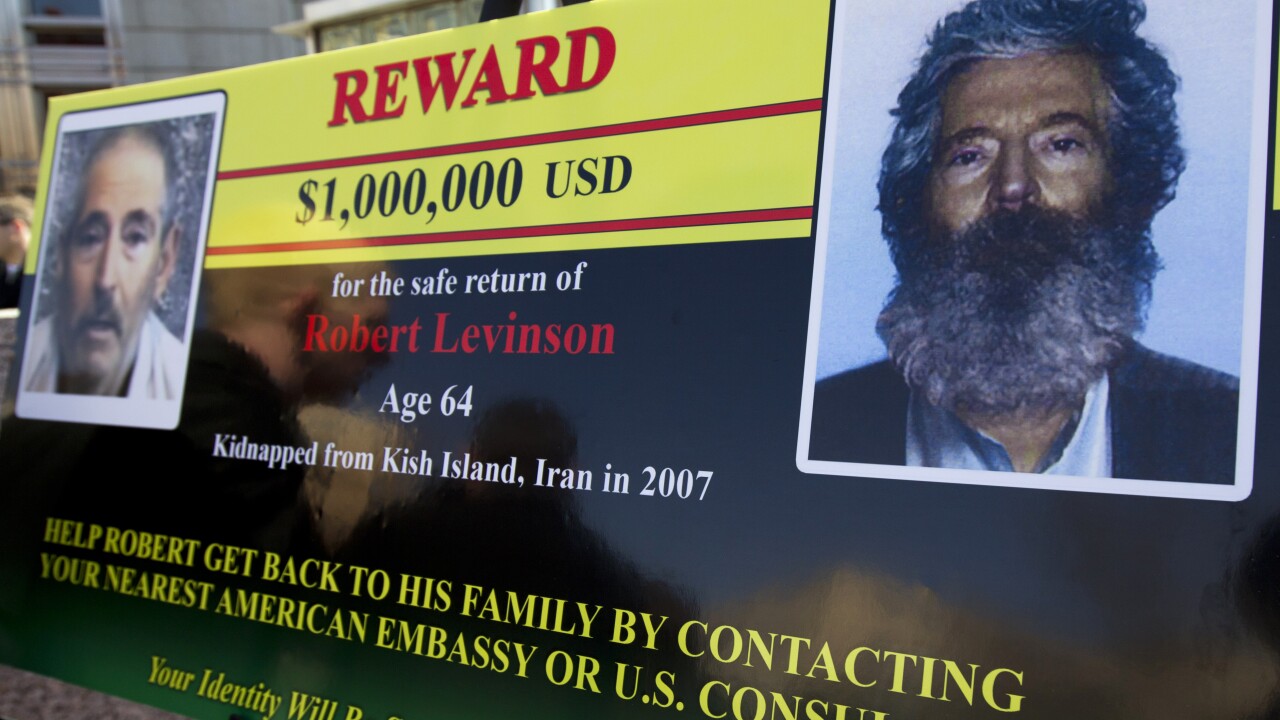 Manuel Balce Ceneta/AP
An FBI poster showing a composite image of former FBI agent Robert Levinson, right, of how he would look like now after five years in captivity, and an image, left, taken from the video, released by his kidnappers, Tuesday, March 6, 2012, in Washington during a news conference. The FBI announced a reward of up to $1million for information leading directly to the safe location, recovery and return of Robert A. Levinson, a U.S. citizen and former FBI Special Agent who disappeared from Kish Island, Iran, five years ago. (AP Photo/Manuel Balce Ceneta)

The family of retired FBI agent Robert Levinson says U.S. government officials have concluded that he has died while in the custody of Iran.

The family says in a statement posted on Twitter that it did not have information about how or when Levinson had died, but it occurred before the recent coronavirus outbreak.

The family says it “will spend the rest of our lives without the most amazing man, a new reality that is inconceivable to us.” Levinson disappeared on Iran's Kish Island in 2007 while on an unauthorized CIA mission.

President Donald Trump was asked whether he was aware of the reports. He said Levinson's status "wasn't looking good," but did not accept reports that Levinson has died.