Why are bars in Texas, Florida and Arizona closing amid COVID-19 pandemic? 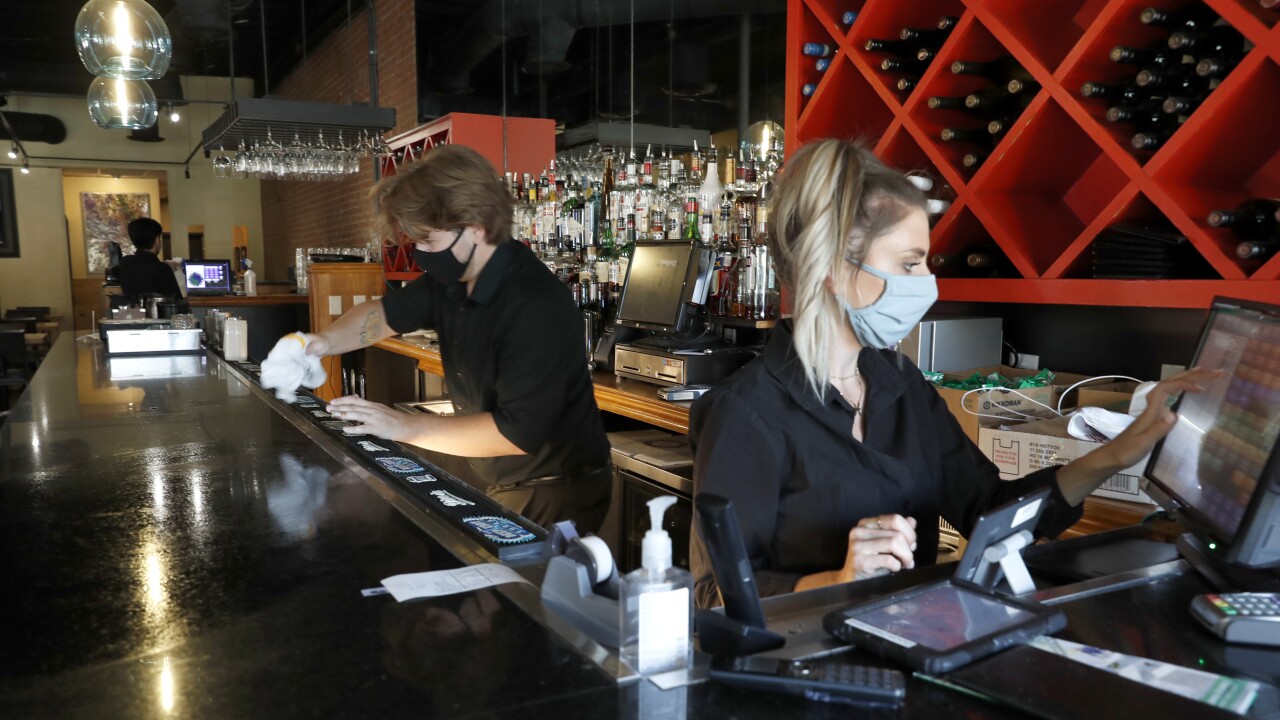 Copyright 2020 The Associated Press. All rights reserved.
Tony Gutierrez/AP
Deep Sushi restaurant employees Jordan Arrowood, left, cleans the bar top as Carrie Souza enters an order at the sushi restaurant in the Deep Ellum entertainment district in Dallas, Friday, June 26, 2020. Texas Gov. Greg Abbott announced Friday that he is shutting bars back down and scaling back restaurant capacity to 50%, in response to the increasing number of COVID-19 cases in the state. (AP Photo/Tony Gutierrez)

Weeks ago, it was thought that the US was on its way to reopening the economy with the coronavirus no longer posing the threat to the nation it once did.

And then increases of testing have shown in recent weeks the virus is not only more prevalent than previously thought, but is spreading at a faster rate.

The sudden reversal came out of necessity as all three states are concerned that hospitals could be overwhelmed with COVID-19 patients.

So what makes bars uniquely dangerous?

Bars are largely places meant for extended social interaction. That has led to several recent outbreaks of the virus.

For instance, there were at least 100 reported cases tied to an outbreak in the Tigerland nightlife district in Louisiana. A group of 16 friends all tested positive for the virus after a visit to a bar, according to local reports.

"It seems like the largest growing sector of cases in the United States seems to be in the 18 to 40 year old range," Zach Jenkins, Associate Professor of Pharmacy Practice at Cedarville University. "Bars also seem to be a common source that infections are springing from. In my estimation, what we're seeing is the direct result of lockdowns easing up. Bars were physically closed throughout the country, people had minimal to no access to alcohol, and many people canceled their vacation plans.

"Bars are often social experiences by nature, and younger crowds are more likely to frequent them. When alcohol consumption is added to the mix, people are less likely to keep their distance or practice other behaviors that limit the spread of the virus. Another layer to consider is that many bars lack outdoor seating in larger cities may have limited outdoor seating. Add all of that together, and you start to see why bars seem to be such a hot spot for activity."

The CDC still encourages people to remain six feet apart and wear masks in public settings, which could be a challenge consuming alcohol while in a crowded bar.

The CDC has released guidelines for the public to decide on whether it's safe to visit places such as bars and restaurants. Those guidelines can be viewed here.

In DeSantis’ opinion, people were not following guidelines.

“So folks just follow the guidelines, we're in good shape,” DeSantis said. “If you depart from that, then it becomes problematic. So I think that that's been clear from the beginning. Remember, the beginning of May, we went to this, you didn't see any problems. Very good, solid May, beginning of June, but now you've started to see more, but part of that is less business than it is social interactions."