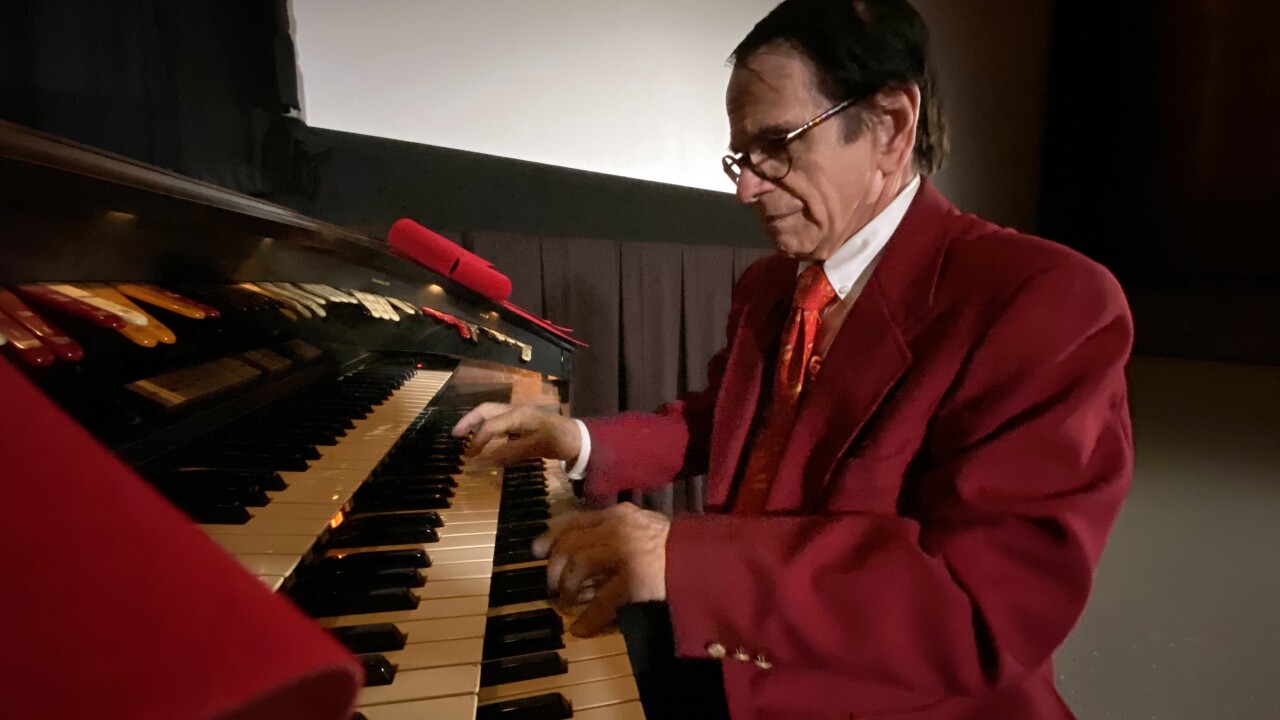 Inside theater three of the Chase Park Plaza Cinema in St. Louis, Gerry Marian represents a throwback to the movie houses of yester-year.

“It is my passion. I love it. I really love it,” said Marian.

At 70 years old, he is among the last working cinema organists in the country.

When asked what it’s like to sit down at the classic organ, Marian says he’s transported far away.

For the last 20 years, Marian has played an electronic orchestral instrument for audiences between movie showings, a preamble to the latest Hollywood picture.

The theater organ also known as a “unit orchestra” can mimic a host of sounds from flutes and oboes, to strings and percussion.

“It's an orchestra in one,” said Marian.

From the early days of the nickelodeon until the dawn of talkies, theater organs were a fixture in nearly all grand cinema palaces. They were originally designed to allow musicians like Marian to have all the instruments at their fingertips.

“My dad took me up there and I told him right then and there that this is what I want. This is my vocation,” he says.

More than 50 years later, Marian says he has no plans to stop playing just yet.