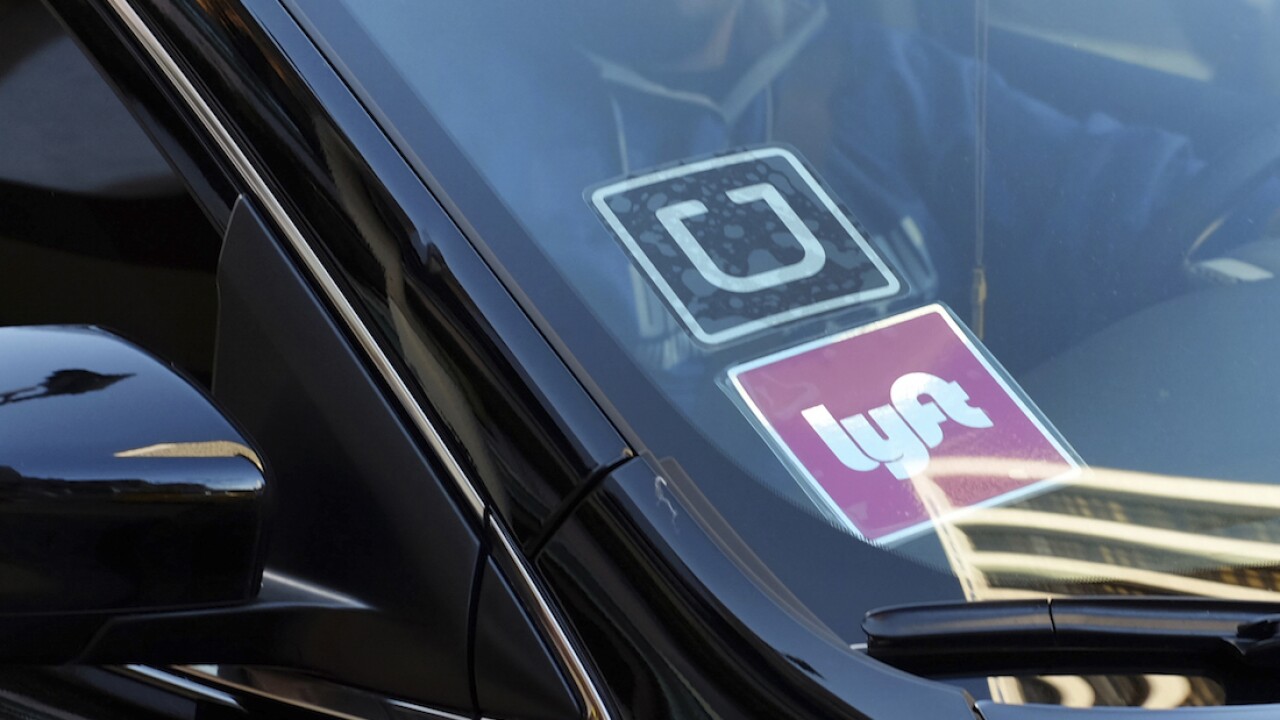 SAN FRANCISCO — A California appeals court has upheld an order requiring Uber and Lyft to treat their California drivers as employees instead of independent contractors, less than two weeks before voters will be asked to exempt the ride-hailing giants from the state’s gig economy law.

The two companies have more than 400,000 drivers in California alone. Treating Uber and Lyft drivers as employees would guarantee benefits such as overtime and sick leave.

Uber and Lyft had appealed an August ruling by a San Francisco judge, but the appellate ruling found "no legal error" and allowed the earlier ruling to stand.

The legal fight started after state lawmakers passed a law that says companies can classify workers as contractors only if they perform work "outside the usual course" of the company's business.

Thursday's decision won’t have any immediate impact because it doesn’t take effect for at least 30 days, well after the Nov. 3 vote on Proposition 22.

Uber and Lyft, along with DoorDash, have heavily bankrolled the ballot measure.

Proposition 22 on the California ballot this fall asks voters to create a special designation for drivers of app-based companies to be excluded from the new state law.