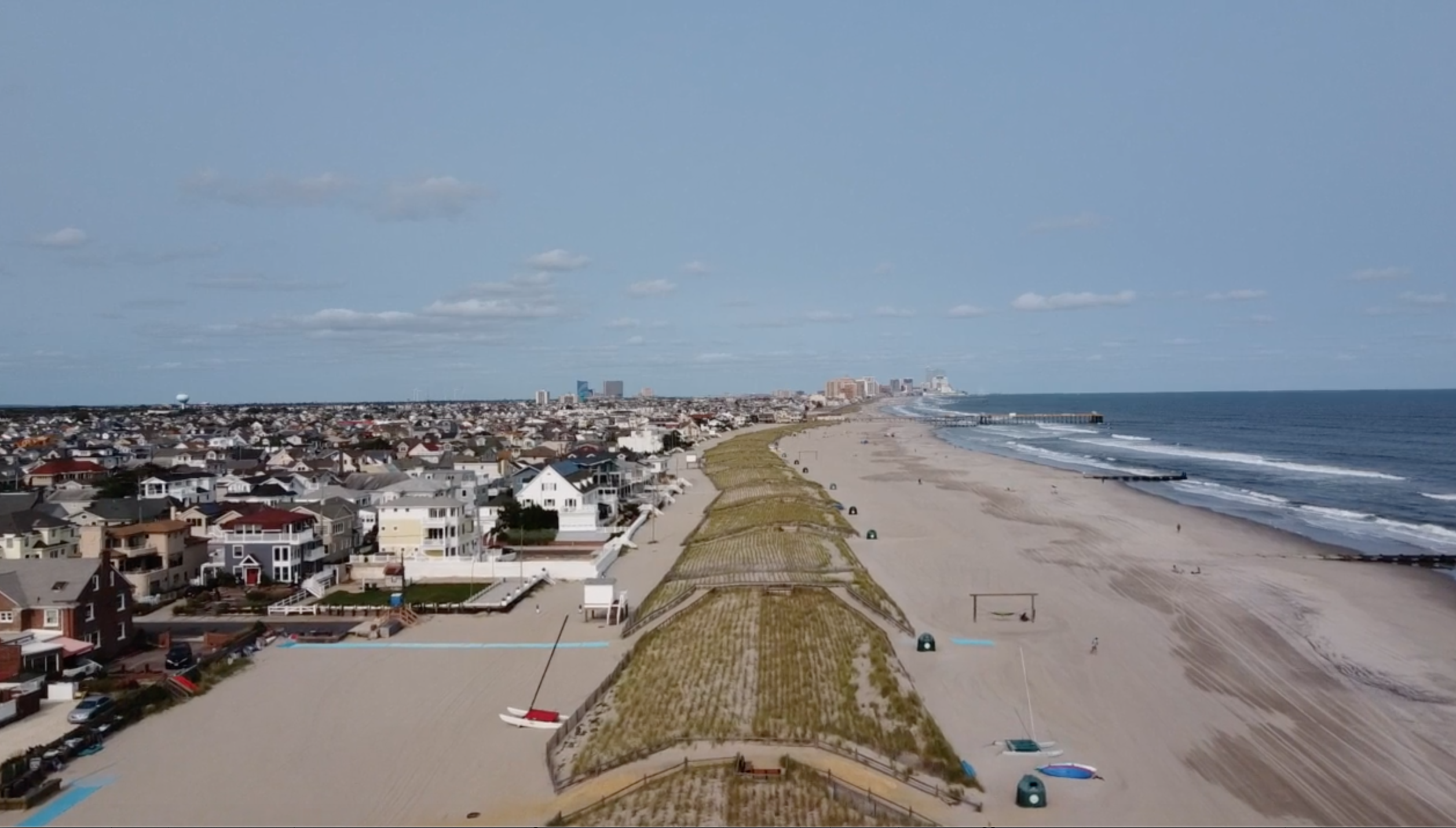 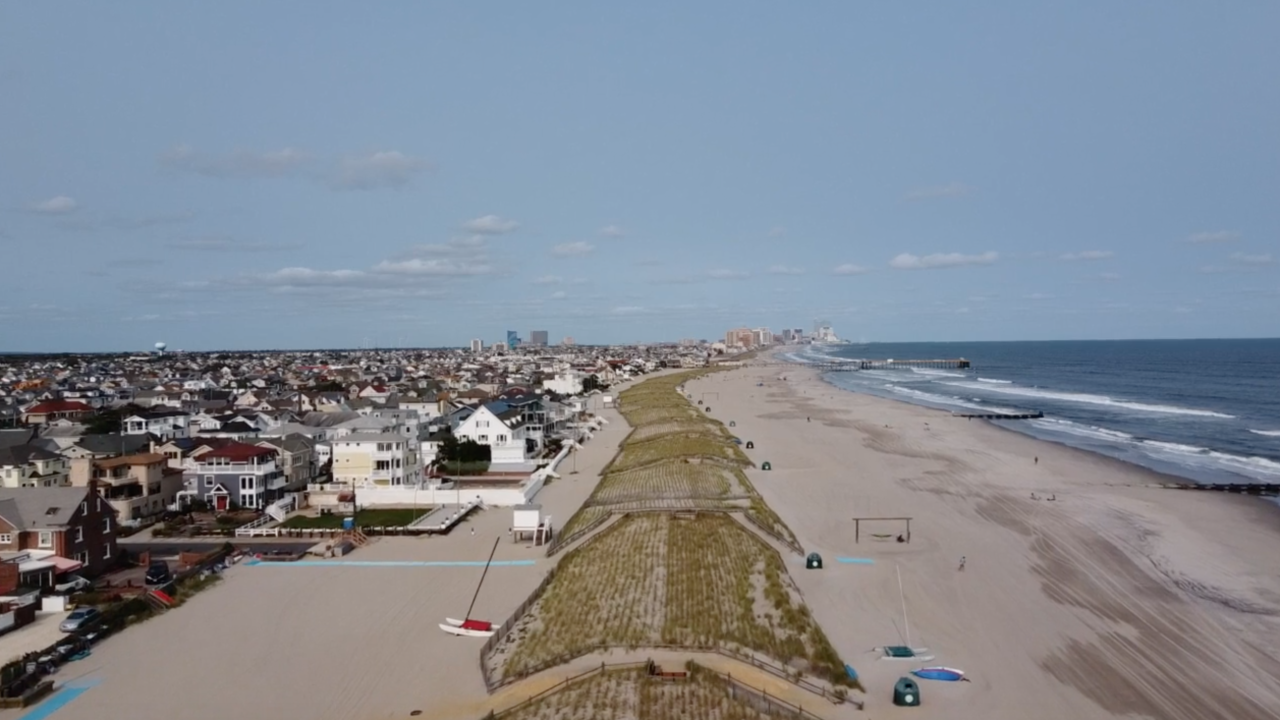 As this active hurricane season continues. more coastal cities are changing how they build as a way to prevent against the effects of climate change.

In Margate, New Jersey, a city of 6,000 people just south of Atlantic City, a $24-million beach replenishment project completed in 2017 created an eight-mile stretch of dunes along the beach to protect homes against storm surge from hurricanes and nor’easters.

The project involved pumping 3.8 million cubic yards of sand from the ocean floor onto the beach. The sand was used to create a berm along the west side of the beach, closest to the homes, that could protect against storm surges of up to 15 feet while more sand was placed along the shoreline, extending the beach and moving the waves further away from properties.

Superstorm Sandy in the fall of 2012 was the catalyst for the project. The storm’s worst damage was felt about 100 miles north of Margate where the boardwalk was ripped up and homes were left without power for days, and in some cases, weeks.

“After Sandy, it was very easy to compare the areas that had beach replenishments and dunes to those that did not,” said Rosenblatt.

But Margate is just an example of several coastal cities around the country that are doing things differently.

“As the sea level rises, most people are more worried about what’s going to be underwater. That’s not as important as the flood plane is expanding,” said Galen Newman, associate professor of Landscape Architecture and Urban Planning at Texas A&M. “I think there are many cities exploring options.”

After Hurricane Harvey, Houston built more greenspace in its downtown area so water could better drain. On the Texas coast, near Galveston, engineers have been considering a dike to stop flooding. After Hurricane Ike in 2008, the area withstood billions in damages, and experts worry the next strong storm to target the area could cause catastrophic effects to the economy as the area is America's leading producer of petroleum.

Furthermore, in parts of Florida, new building codes now mandate buildings withstand winds of up to 130 MPH,, a low-end Category 4 hurricane. A study by the Institute for Business and Home Safety found the change has worked as insurance claims have gone down in number and severity since the year 2000.