Man who recovered from COVID-19 didn't believe virus was serious 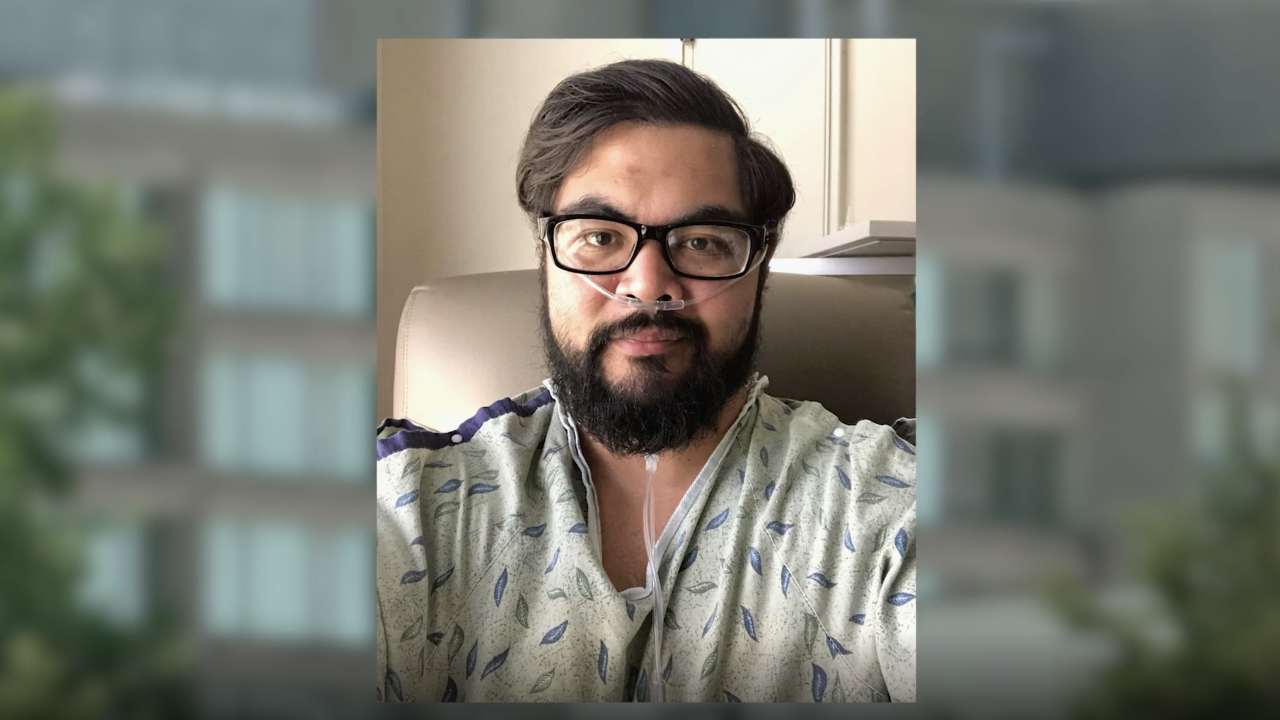 It was a warm June night in Arizona, and Scottsdale bars had just reopened after quarantine. Jimmy Flores got a call from some friends, inviting him to go out.

“They said, ‘Yeah it’s busy, come on through,’” Flores recalled.

The group went out to dinner, then stopped at a bar.

“There was about 150 to 200 people there. We had our little table thing, but it was close proximity," said Flores, an entrepreneur who focuses on helping small businesses get PPP loans during the pandemic.

Flores said he didn’t wear a mask or social distance, like most others at the bar.

“The bar didn’t have enough cups to serve everyone there, so we got impatient waiting for cups, so we decided to just drink and share shots,” said Flores.

COVID-19 had shut down much of the country, but on what seemed like a typical night out, Flores wasn’t thinking about the virus.

“Before this was happening on the East Coast and in all these other major cities, you’re like, ‘Yeah I guess it’s going on, but nothing’s happening here. I feel like I’m young, I’m invincible to this. I don’t feel like I’m not going to get it.’”

About 48 hours later, all that changed.

“I woke up in the middle of the night, my body was sweating. I had a 103-degree fever, and I was sick. I felt really, really sick," he described.

Flores tested positive for COVID-19. Days later, he ended up in the hospital hooked up to oxygen.

“If I breathed in too much, I’d have a massive coughing attack and it led to massive headaches," he said. "And then, when that would happen, I would have panic attacks and collapse my lungs even more."

Flores documented on social media both the physical and the mental toll the virus took on him.

“I did not take this seriously at all, and now that I have this. I wouldn’t wish it on my worst enemy,” Flores said in a video from his hospital bed.

“I couldn’t even go to the restroom, because I would have a coughing attack,” he recalled.

He said the time spent sitting alone in his hospital bed left him with a lot of questions.

“What is this thing? Why can’t I breathe? Is the hype really real? Because during this time, I didn’t know anyone who had COVID,” said Flores.

Cases like his are more common than you’d think. One study by the American Journal for Tropical Medicine and Hygiene found that more than 5,000 people have landed in the hospital and more than 800 people have died around the world from COVID-19 because of misinformation about the virus, and that can come from anything from reading an online article to rumor and stigma in your community.

“Especially America, we are a unique country; we’re very individualistic here,” said Flores of the stigma he believes exists across the nation. “For me, it had to take a personal experience to really ingrain into your mind that this is a serious event."

Flores is still documenting his recovery to encourage others to sift through the misinformation online.

“How can you find truth? I thought it was through sharing personal experiences. But maybe that’s not enough, maybe they have to go through the experience themselves,” said Flores.

Flores said he’s had several commenters consider wearing masks or changing their behavior after seeing what he endured, but it hasn’t been all positive.

“I was getting hate mail, and I was getting love mail on my social media platforms. People were saying, ‘Oh he’s a crisis actor, he was paid by the government. He looks like he has preexisting conditions, don’t believe him,’” he said.

Despite all the opinions and misconceptions about COVID-19, Flores lived it. Now, he says he will live to help others avoid the same pain.

“I don’t have any regrets, because if I didn’t go through this experience then I would’ve never had the ability to help other people, thousands of people around the country change their minds,” he said.