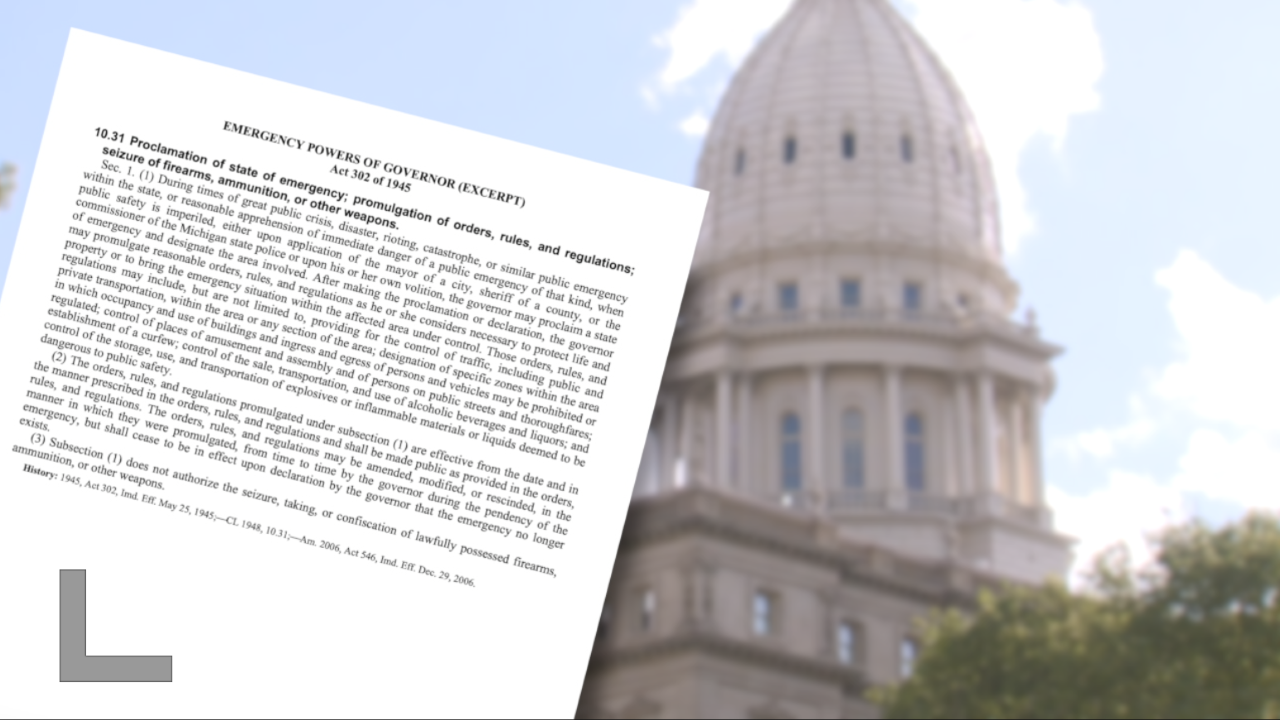 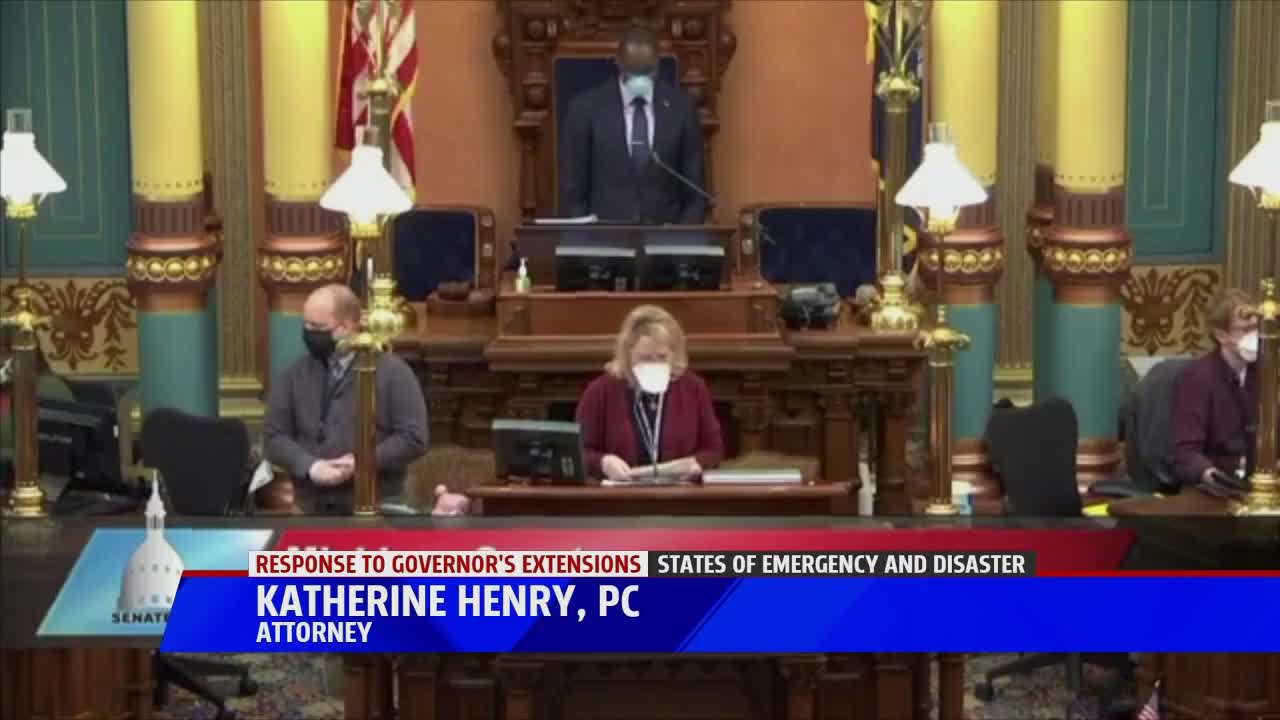 There’s growing opposition to Governor Whitmer’s extension of the states of emergency and disaster after the Republican-led legislature refused to extend it last week.

Michigan Senate Majority Leader Mike Shirkey said in a radio interview Monday he backed the idea of a petition to limit Whitmer’s emergency powers and said the legislature will likely sue her next week.

In an interview with FOX17, a West Michigan lawyer explained why she and others believe Whitmer’s actions are unlawful.

“People absolutely should not be complying with that,” said Katherine Henry, a licensed attorney in Hudsonville.

Henry has been practicing for 13 years but has 19 years in the legal field. She works at her own firm, Katherine Henry PC, and with the Great Lakes Justice Center.

Henry says in her legal opinion, Whitmer is acting unlawfully.

When Whitmer extended the states of emergency and disaster in Michigan after the House rejected the request Thursday, she cited those two laws as the basis of her authority.

The 1976 law requires the legislature to approve any extensions after 28 days, but the 1945 one is broader and doesn’t need the legislative buy in which is what Whitmer said gave her that power.

However, Henry says those laws can’t be read separately.

The way our laws work though is all of the laws on the same point have to be read together, have to be read in harmony, even if they were enacted at different times,” said Henry.

“It’s kind of like saying well, you know, I want to go for a drive and the law on point of speed limits says that I can only go 70 mph. As long as I’m going 70 mph, I can’t get a ticket for anything. Well, low and behold, I’m not wearing a seat belt. If I get pulled over… I could get a seat belt tick. I can’t say I’m going to pick and choose which one I’m going with.”

When Whitmer acted last week, she signed three executive orders that terminated the original declaration while also continuing it then declared new states of emergency and disaster.

Henry says since it’s the same conditions that led to the initial emergency, it’s not enforceable because it’s beyond the allowable time limit.

“It might be a totally separate state of disaster if the emergency or disaster has totally ended, the harm is gone, and then it might be a separate situation has flared up, but we haven’t seen a second wave of COVID19,” said Henry.

Henry points out with the rejection, legislators did not say COVID19 is not something to worry about, but instead said the emergency is more manageable than before. She says the goal of a state of emergency is to not eradicate the situation but bring it to a level that can be handled together.

“There’s nothing now that she can do that the legislature cannot do,” said Henry. “If we need to put something in place that addresses the ability of Detroit resident to have ready access to water at this time despite the fact that they may not have paid their bills… If the legislators deem that would be an appropriate way to handle the COVID19 crisis, we can go ahead and then codify that into law through the proper legislative process. We don’t have to have one person in the Governor’s seat deciding all of those things.”