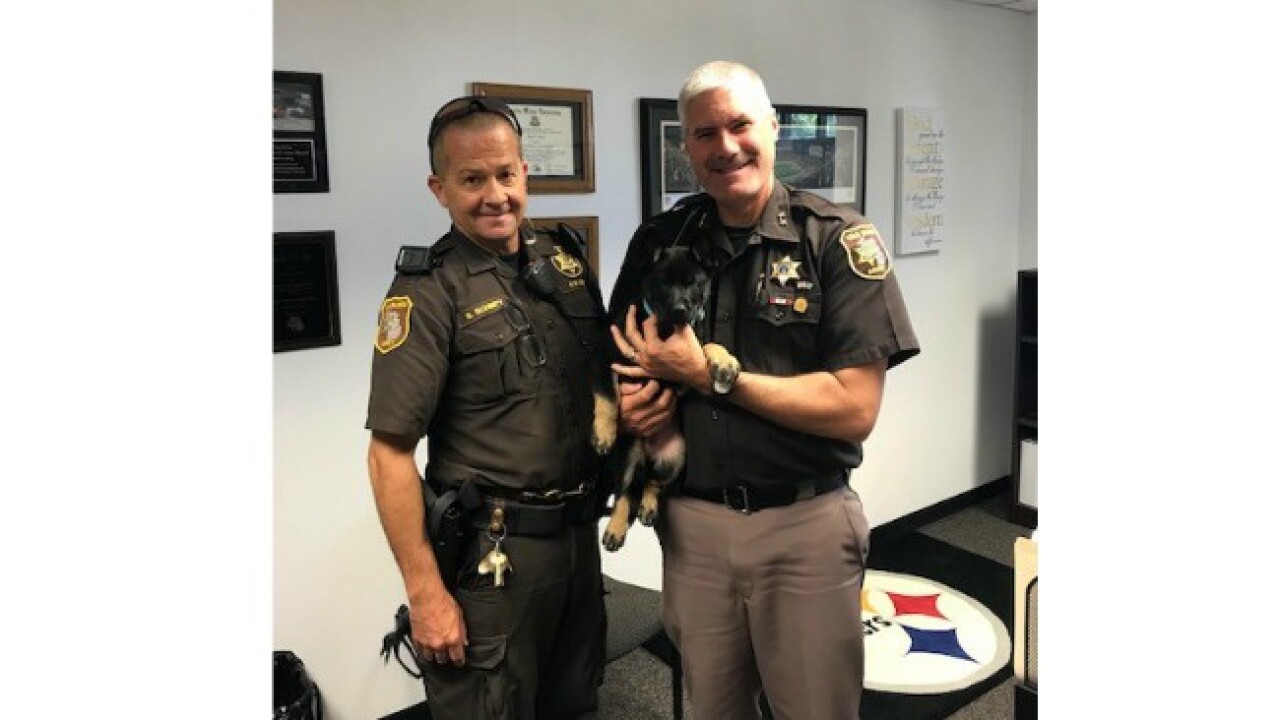 Van Buren County Mike Schmitt (left) and and Sheriff. Daniel Abbott with a dog being added to the K-9 unit.

PAW PAW, Mich. — Van Buren County Sheriff Daniel Abbott is one of a handful of sheriffs across the country being nominated as Sheriff of the Year.

Abbott has been a member of the sheriff’s office since 1993 when he started in corrections, and was promoted to sheriff three years ago.

Since then, he has helped grow the office’s K-9 unit, implemented a program to teach inmates new skills to help the readjust to society upon their release and been involved county schools.

“I can honestly tell you, just being nominated is an unbelievable and humble feeling. I am the luckiest sheriff in the state being able to serve the citizens in Van Buren County,” Abbott said of the nomination.

The winner will be announced at a conference in Florida this weekend.