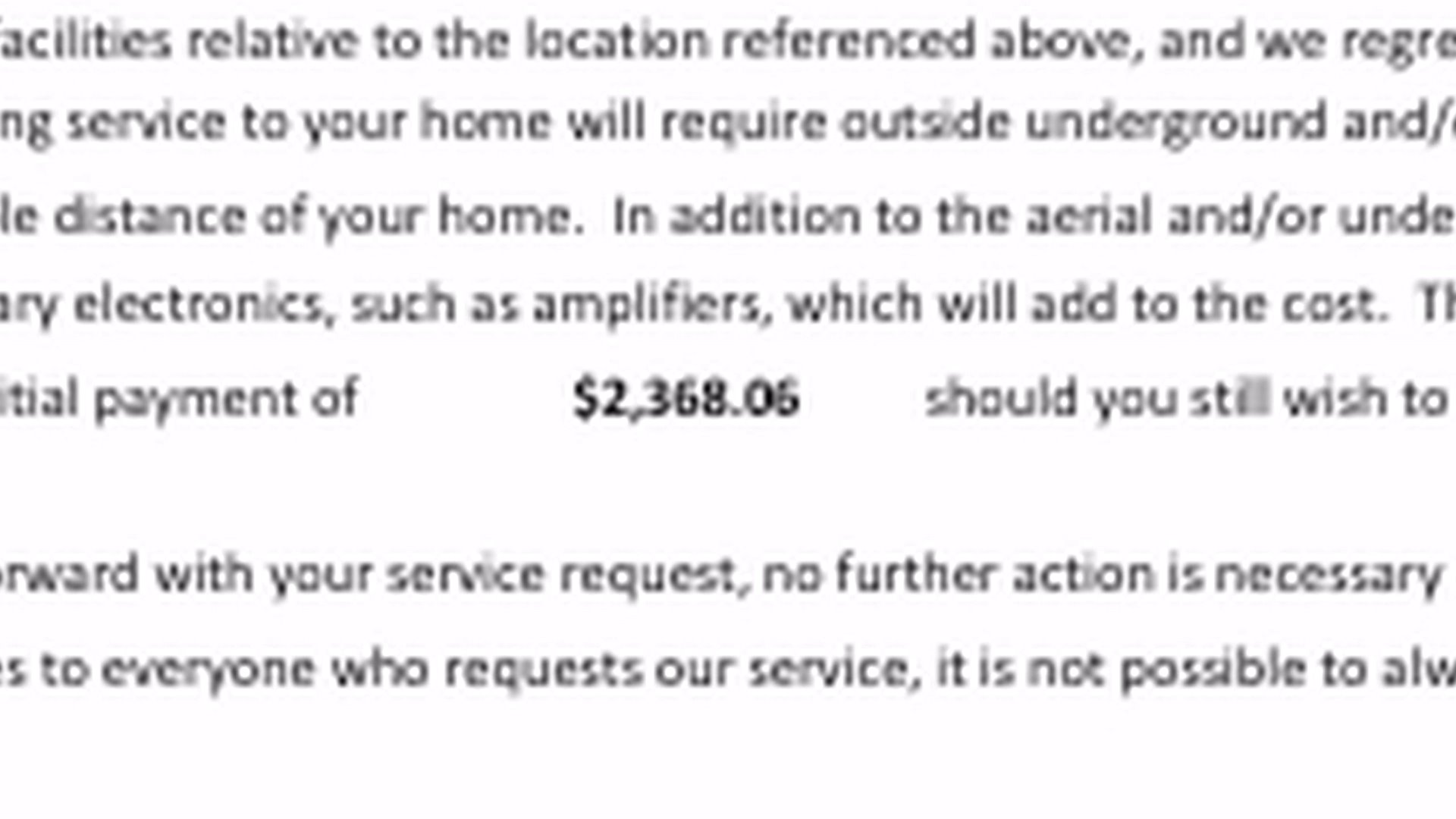 Kurt Telman, co-owner of The J Salon, has agreed to issue refunds for gift cards after sudden closure.

LAWRENCE, Mich. — In January 2019, Valeria Krause and her husband say they got a quote for installing Comcast internet at their rural home in Lawrence. She says the connection would run 300 feet up their driveway.

However, they had more questions about the costs.

"The contact on the letter was Brian Jones. On the letter (was) his phone number, and I called him and left a voicemail," she explained.

So the couple stopped trying. Krause says her job gave her an opportunity to work from home and that would require internet.

So once again, she called Comcast and spoke with a different representative.

"He told me that there would be no charge to bring internet to the house. But that again, my contact was Brian Jones. So I emailed Brian Jones again, again with no response," Krause explained.

She said, "That led to a series of phone calls with Customer Care trying to get a resolution. Who do I contact? How do I get this taken care of?"

Eventually, Krause says she found out from the corporate office that Brian Jones no longer works for Comcast.

"So she had to send the construction team back out, and at that point the cost rose to $2,368," she said.

Krause said, "When I would call them back, at that point, they would have no answers for me as to why the costs increased."

So, stuck with conflicting quotes Krause reached out to the FOX 17 Problem Solvers hoping to get clarification and a lesser charge.

FOX 17 reached out to Comcast and put them in touch with Krause. She says the company has agreed to only charge her the original $710 and explained that the higher quote was for burying the line beneath the ground and the cheaper quote was for attaching the cable to the utility poles.

Krause says Comcast has now agreed to bury the line for the cheaper price.