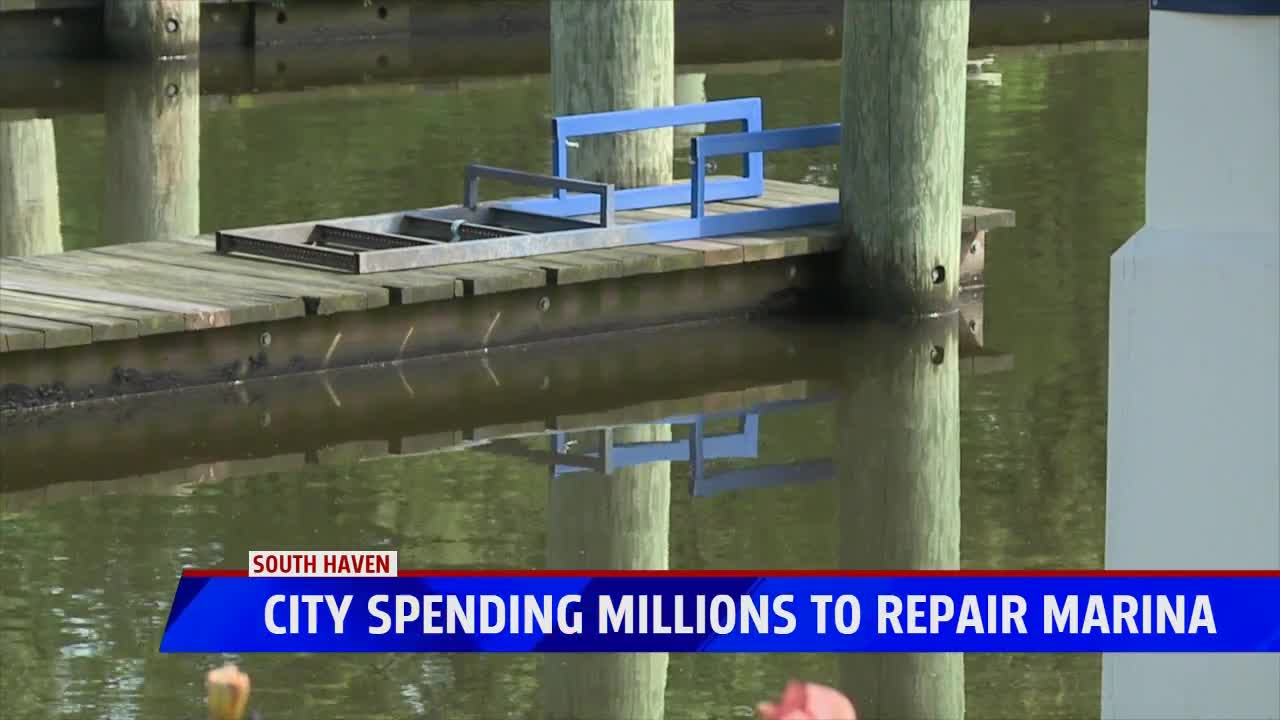 SOUTH HAVEN, Mich. — For months now we have been hearing about the high water levels along the lakeshore and now we're hearing more about the direct impact its having on some of our local cities.

Back in May, South Haven announced that they were closing the Northside Municipal Marina for the 2020 season and now we’re getting a closer look at what the repair project will include.

City officials say that high water compromised the electrical system meaning it was leaking dangerous levels of electricity in the water.

Just recently, the city council approved the actions needed to fix that, the price tag is about $1.75 million dollars and includes new electrical panels, cables and pedestals.

Some have also proposed the idea of floating docks which could cost upwards of about $5 million dollars.

We spoke to the assistant city manager and harbormaster who says work could start as early as next month.

"This is 100 boat marina and so this is really going to hurt this year in terms of it's been uncomfortable," said Kate Hosier, Assistant City Manager and Harbormaster for the city of South Haven.

"We have boaters here that have been coming here for decades so this is an an unfortunate situation however, I think not in good conscious I could not open this marina so it was a with an abundance of caution that we first made the decision to close and then we really hit the gas and trying to get some funding for emergency repairs from the Michigan State Waterways Commission and also looking at taking on debt to get this project done," she said.

City officials say the bank financing will require an adjustment to the city’s slip rental rates.

It’s unclear what those will be officials say they are looking to build a marina that is going to last 30 to 50 years to get the longevity out of they money being put in.