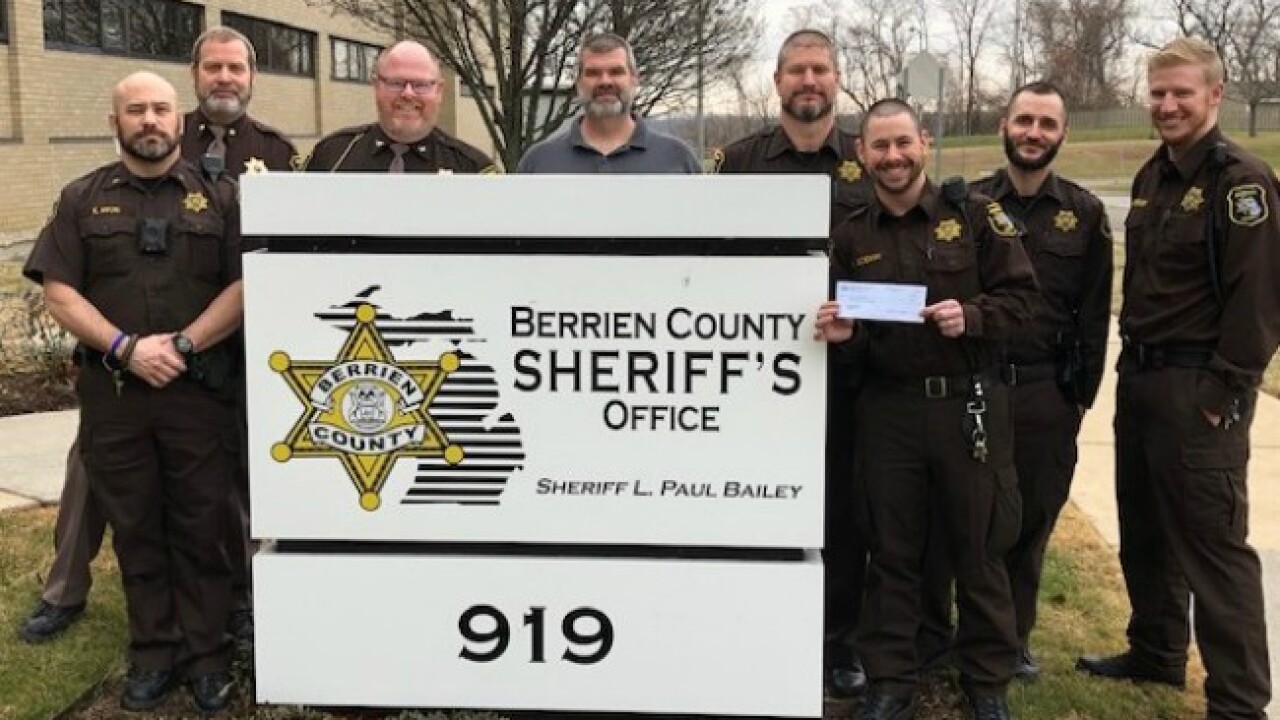 Copyright 2019 Scripps Media, Inc. All rights reserved. This material may not be published, broadcast, rewritten, or redistributed.
Berrien County deputies pose for a photo while presenting a donation check to a nonprofit organization on Dec. 17, 2019.

ST. JOSEPH, Mich. — The Berrien County Sheriff’s Office raised over $5,000 over the last two months to donate to charity.

Members of the sheriff’s office participated in No Shave November and December and chose a charity to donate to.

In November, 54 people participated and raised a total of $2,700 that benefitted Carol’s Hope, which provides a supervised and supportive setting for people with substance abuse and co-occurring disorders.

Forty-nine people at the sheriff’s office participated in No Shave December, raising a total of $2,450. The team will take the plunge on Feb. 1, 2020 at the Watermark Brewing Company.