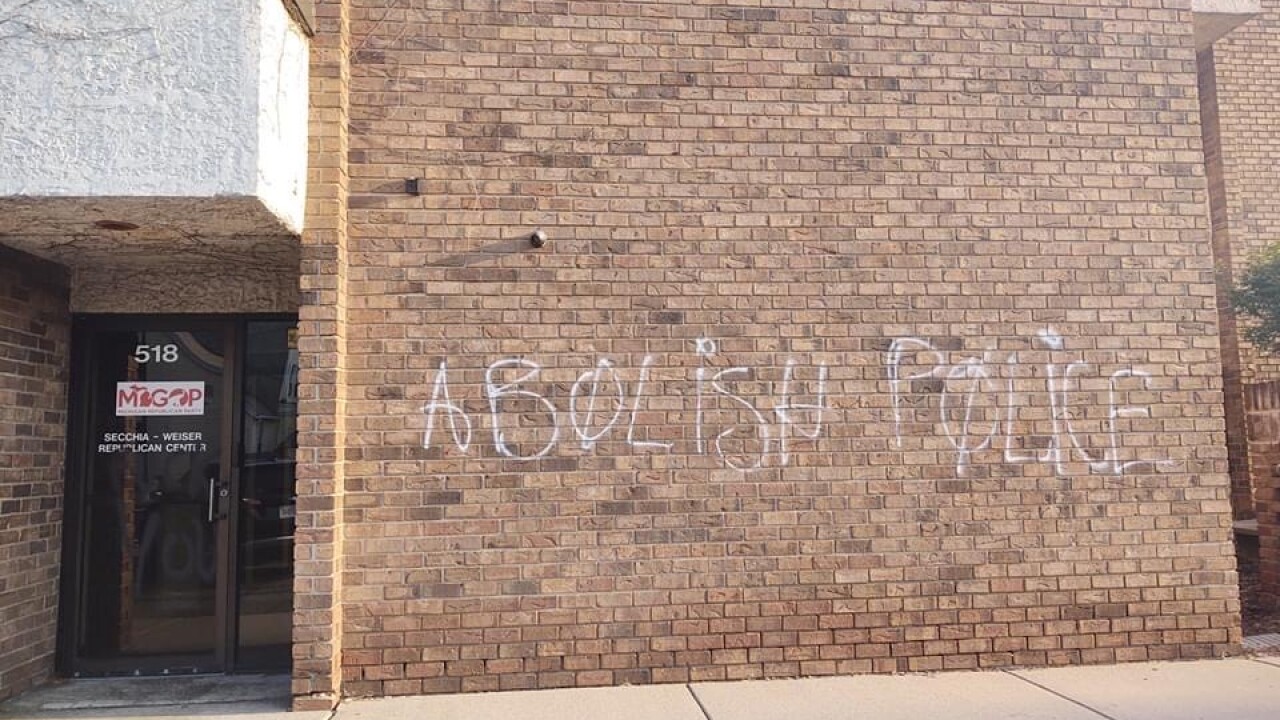 LANSING, Mich. — The headquarters of the Michigan Republican Party has been vandalized with anti-police graffiti.

The incident happened on Sunday night, according to the party Monday.

The party said it reported the graffiti to the Lansing Police Department.

"Republicans will not be intimidated," she said.