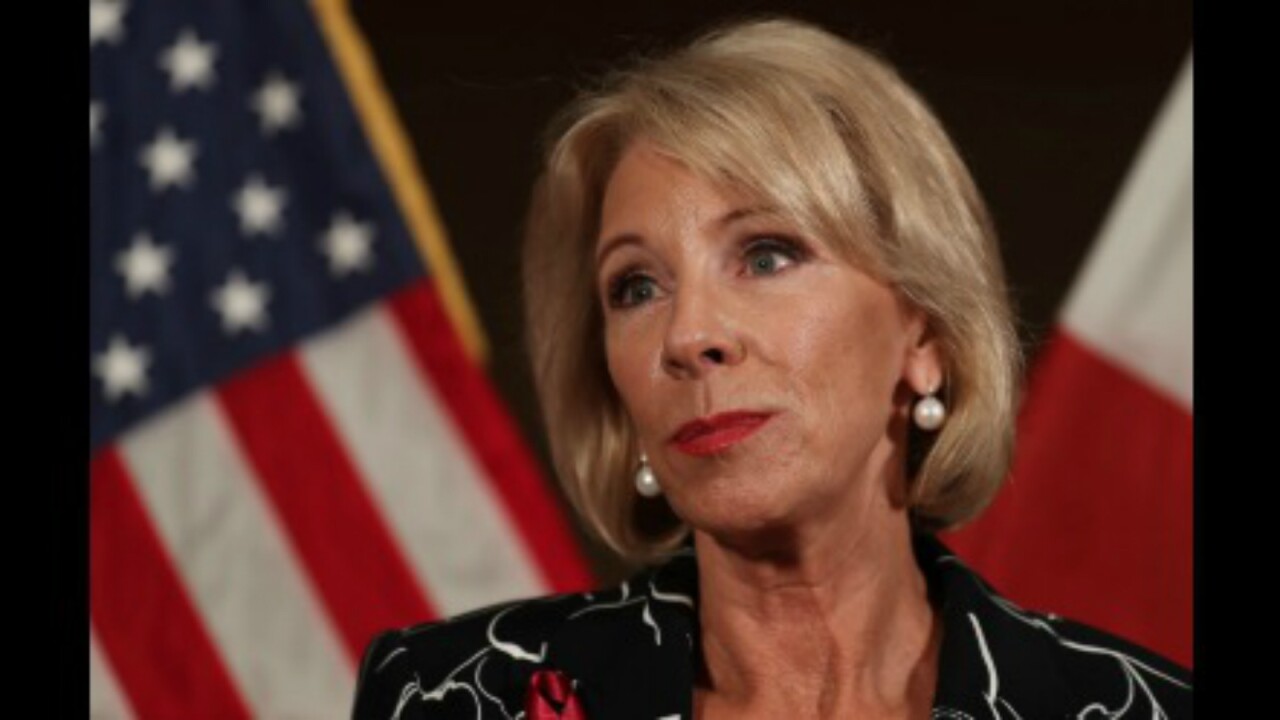 LANSING, Mich. — U.S. Department of Education Secretary Betsy DeVos will no longer try to rewrite a section of the CARES Act that would have diverted more than $16 million away from K-12 public schools in Michigan.

The funds from the CARES Act will need to go to disadvantaged schools. DeVos had wanted private schools and affluent districts to be able to receive a share of the funds.

“We filed this lawsuit for one simple reason: to ensure students in Michigan and across this nation were not robbed of educational resources they deserve,” Nessel said. “The landscape of how a regular school day is conducted has changed for so many and Congress allocated these CARES Act funds for those most in need.”

In a letter, DeVos writes that while the U.S. Department of Education disagrees with Judge Donato and the other district courts’ rulings, her department will “respect the rule of law and will enforce the law as the courts have opined. The department will not appeal these rulings.”

“We were poised for a fight because it was the right thing to do, and will accept Secretary DeVos’ acknowledgement of her defeat,” Nessel said. “However, my colleagues and I will remain on guard to defend against any future attempts by this administration to rob funding from our public schools and students who are most in need of these critical resources.”