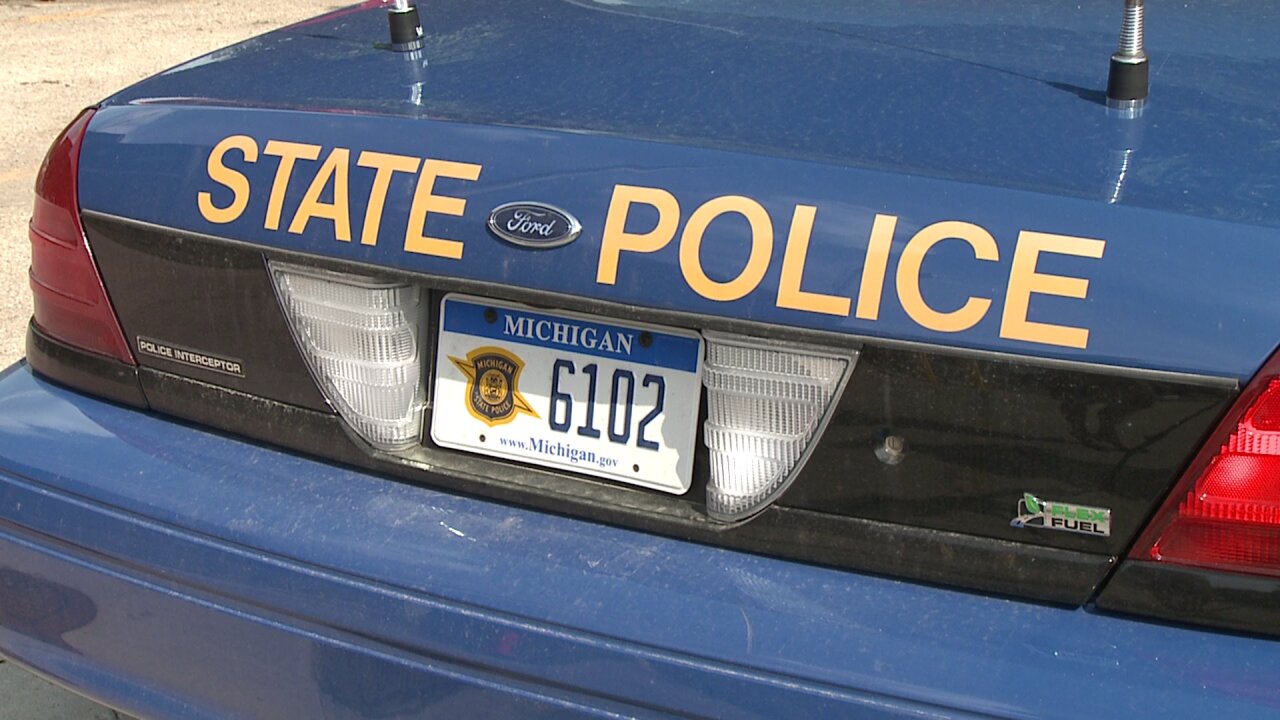 A trooper traveling through the area drove up on the crash scene moments after it happened and immediately began to administer aid to the passengers of a minivan containing seven passengers, including five children.

Following the initial collision, the Pontiac minivan was pushed into the southbound lane of M-66 before being struck by a Chevrolet Silverado pickup truck traveling south on M-66.

The female passenger in the minivan, a 23-year-old Sheridan woman, suffered fatal injuries as a result of the crash.

4 children in the minivan also suffered various injuries and were transported by both ambulance and Aero Med medical helicopter to Helen Devos Children’s Hospital in Grand Rapids.

The driver of the minivan, a 23-year-old Sheridan man, suffered minor injuries and was treated on scene.

The female driver and only occupant of the Chevrolet Impala, a 20-year-old Perrinton woman, was not injured in the crash.

The incident remains under investigation.