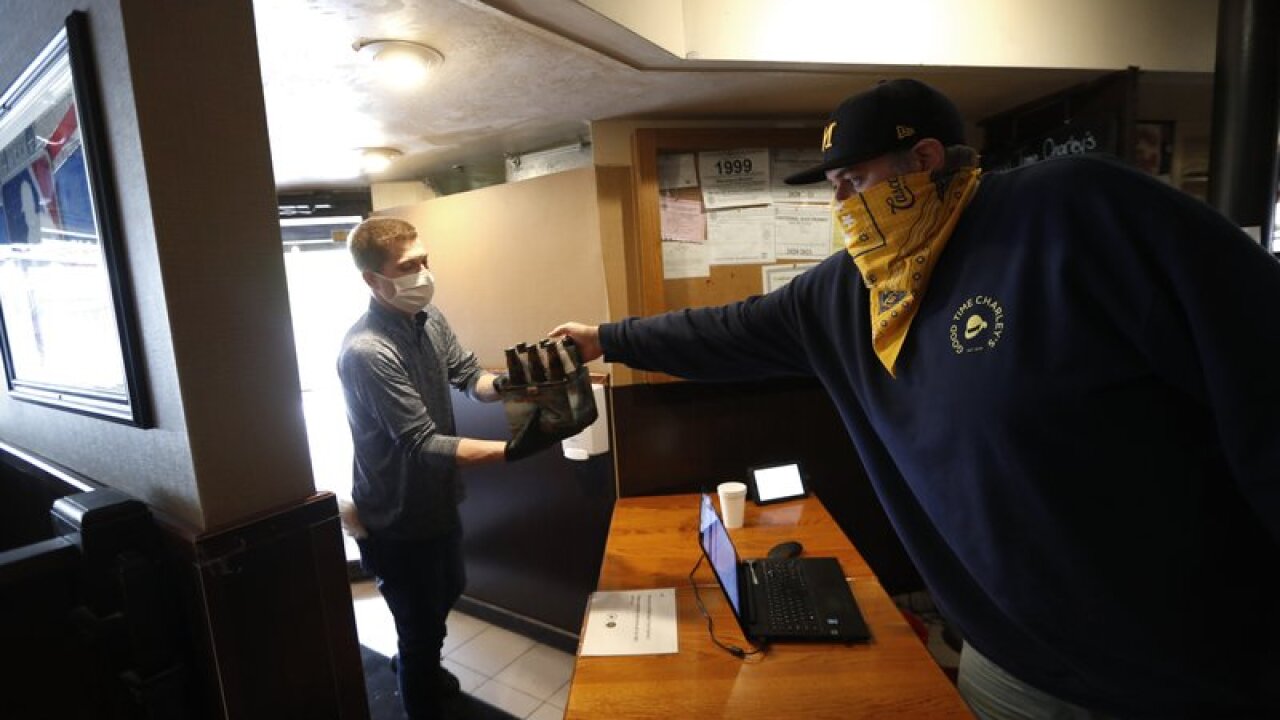 LANSING, Mich. (AP) — Michigan restaurants and bars could sell cocktails and liquor for pickup or delivery and would see a temporary cut in state liquor prices under fast-tracked legislation that supporters hope will help the industry survive the coronavirus pandemic.

The bill cleared the Senate 37-1 on Wednesday, less than two weeks after its introduction. The House is considering related measures, and lawmakers want to get a package to Gov. Gretchen Whitmer this month.

The state already lets bars and restaurants sell unopened beer and wine to go. Backers said there is no reason a margarita and other mixed drinks should not be added to the list, as long as containers are sealed and do not have straw holes.

“It provides more options for our bar and restaurant friends that have struggled so hard the last few months. It provides them a little bit more of a chance to survive,” said the bill sponsor, Republican Sen. Aric Nesbitt, of Lawton.

The measure would let local governments designate “social districts” where people could drink alcohol outside. On-premises licensees would, through 2021, get a break on prices from the Liquor Control Commission. It marks up liquor 65% and gives businesses a 17% discount. The discount would rise to 30%.

The estimated $30 million in annual savings would cut into the state’s profit, which was $248 million in the last fiscal year and goes to help fund general government services.

Restaurants and bars closed to dine-in customers in mid-March under a Whitmer order to curb the spread of COVID-19. Restaurants, which could stay open for takeout and delivery, began reopening their tables in northern Michigan on May 22 and in the rest of the state on Monday.

Justin Winslow, president and CEO of the Michigan Restaurant & Lodging Association, said the Senate bill is a “big one” among several that would help the industry “adapt to a new reality.” He said 30-plus states have “cocktail-to-go” measures, a number that has quadrupled during the crisis.

“Even though some restaurants are reopening right now, delivery is a major part of their reality. Curbside pickup is a major part of their reality and will be for the foreseeable future,” Winslow said. “We’re not going to go back to an era where dine-is is as predominant a percent of sales as it was. ... If you’re going to get tacos, why not get a mixed margarita to go with it?”

The legislation also would let bars and restaurants with patios add seating or a bar to those areas without needing state or municipal regulatory approval through 2021.