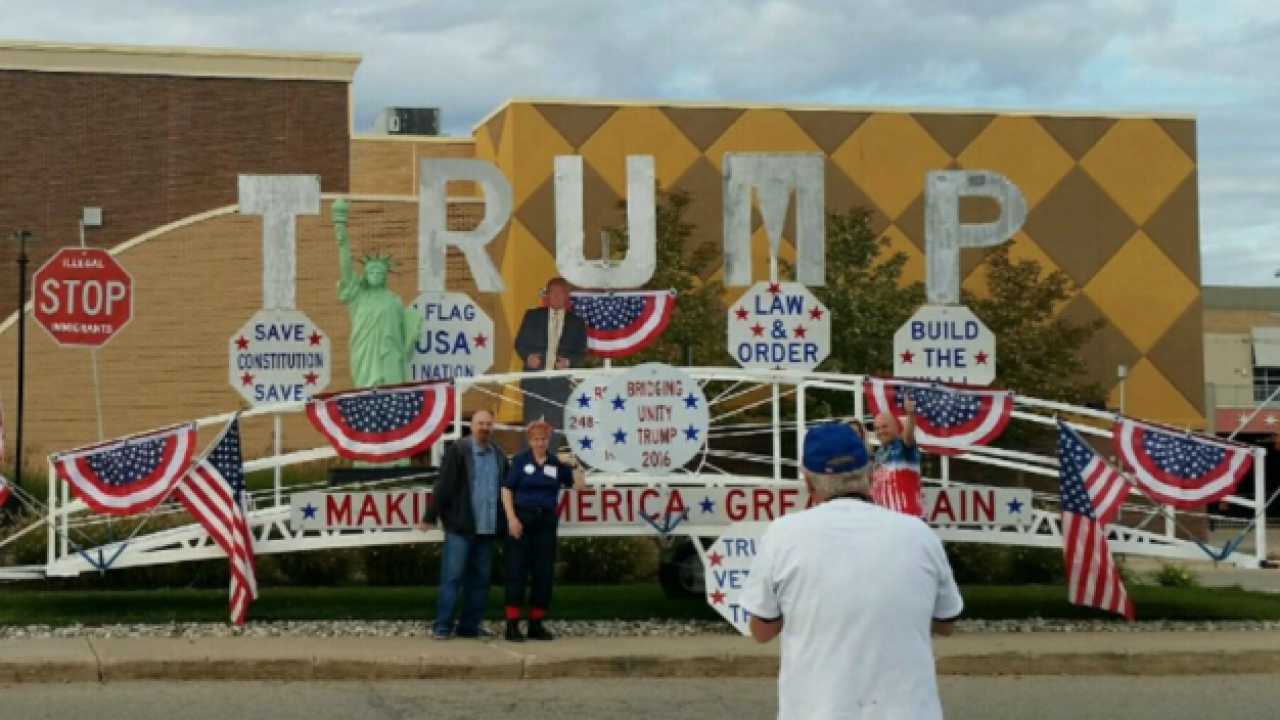 The "Trump Unity Bridge" which is owned by a Michigan man was stolen in Oklahoma, according to report from the Tulsa world.

According to the news website, the traveling bridge was in Tulsa as Rob Cortis traveled the country last month.

A man was arrested in the incident, according to the website.

Cortis told the Tulsa World that they were stopped at a hotel on their way from Texas to Missouri and when they were checking in, a man jumped into the SUV and took off.

Police stopped the suspect, identified as Drew Whipple, after a short pursuit and crash.

Cortis told the Tulsa World that the SUV and bridge sustained tens of thousands of dollars in damage.