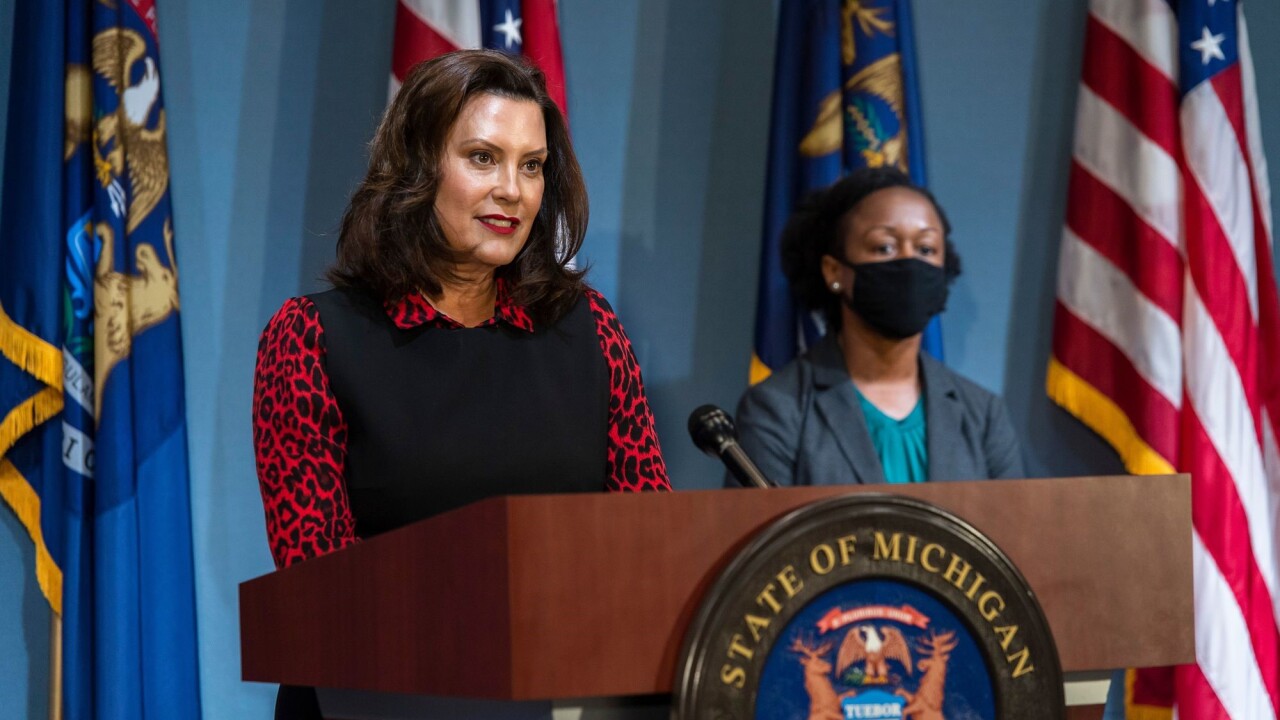 LANSING, Mich. (AP) — Michigan House Speaker Lee Chatfield has slapped down calls by some Republican lawmakers that Gov. Gretchen Whitmer should be impeached.

The Levering Republican on Wednesday called the effort a distraction from what needs to be done in the state.

Milford Township Republican Rep. Matt Maddock began the talk of impeaching Whitmer after health director Robert Gordon implemented the three-week shut down of parts of Michigan’s economy in an effort to stem the accelerating spread of COVID-19.

However, Chatfield said an effort to impeach Whitmer would lack merit and would be every bit as "shameful” as the impeachment efforts against President Donald Trump.