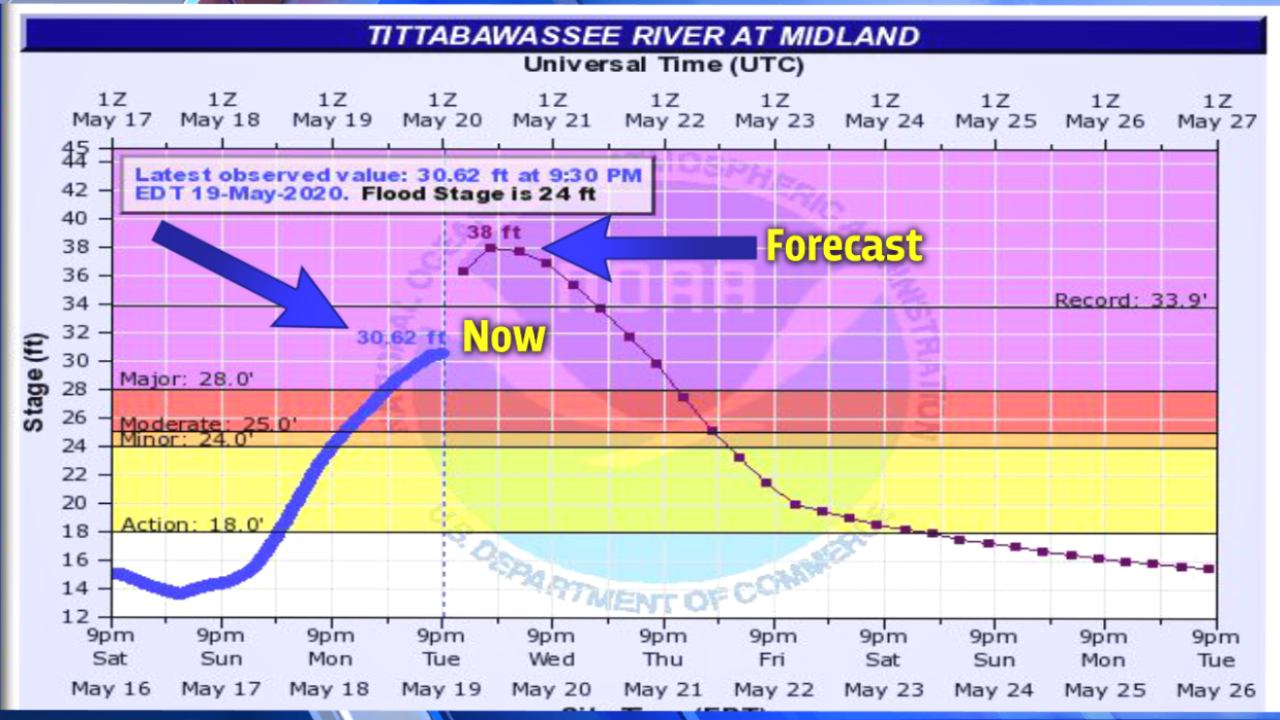 EDENVILLE, Mich. — Emergency crews are working to evacuate residents along the Tittabawassee River south of the Edenville Dam after it ruptured Tuesday.

Recent heavy rains put more stress than normal on the dam, and life-threatening flash-floods are expected as water is released.

Witnesses tell FOX 17 lake levels above the dam dropped 2 feet in a matter of minutes.

According to Midland County 911 on social media, nearby residents are advised to seek higher ground immediately.

Governor Whitmer released a statement about the rupture just before 8 p.m. Tuesday.

“The governor will issue an emergency declaration this evening to ensure state and local officials have the resources they need to respond. The State Emergency Operations Center is already activated and fully engaged in the response. State officials from multiple departments have been on-site throughout the day. We will share additional information as it becomes available.”

The Edenville Dam is northwest of Midland, MI, on Wixom Lake in Gladwin County.