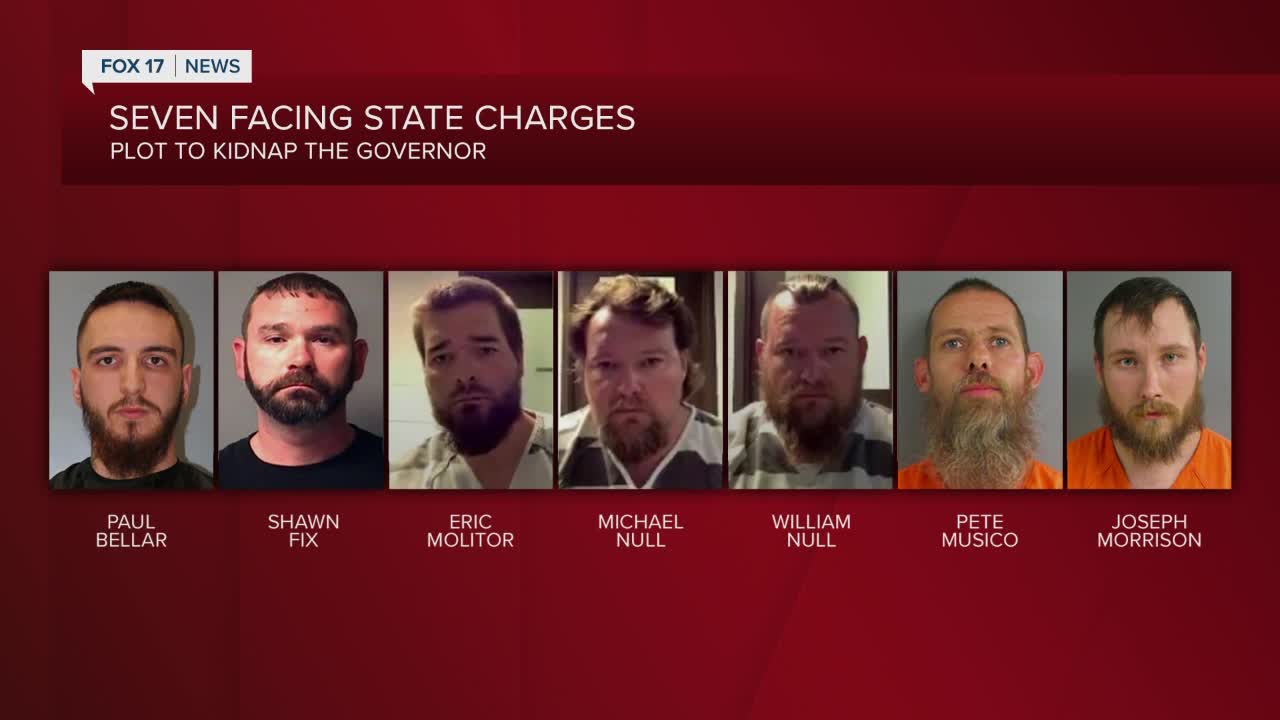 LANSING, Mich. —
Six of the seven individuals facing terrorism and other charges in the state in connection to a plot to kidnap Gov. Gretchen Whitmer have now been arraigned, while the seventh is still being extradited to Michigan.

A total of 19 state felony charges were filed by Nessel’s office against seven men known to be members or associates of the Wolverine Watchmen militia group.

Federal charges were filed against six other individuals.

The suspects were alleged to have: