'Who Knew?' Where the salt comes from 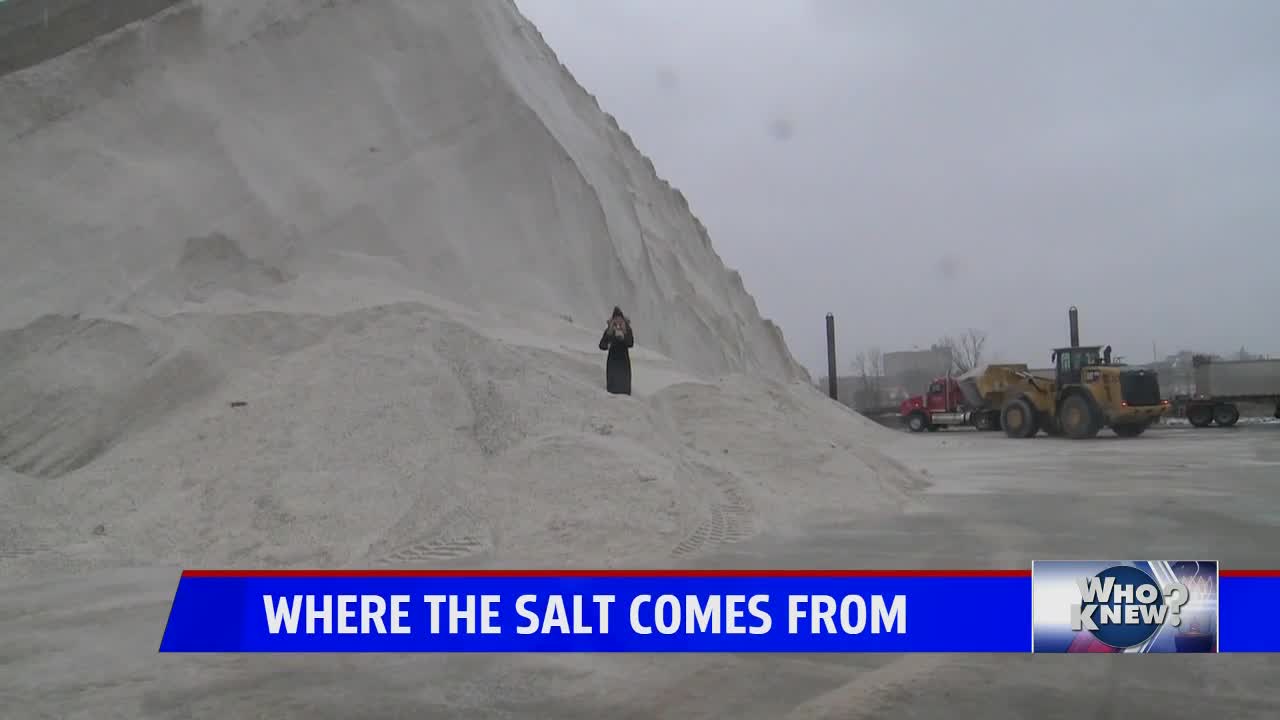 MUSKEGON, Mich. — Do you ever wonder where all the salt we rely on for safe roads and sidewalks comes from?

Verplank Trucking in Muskegon! Their salt piles are made up of over 150,000 tons of salt!

To learn about how all that salt gets to your community we met up with Nathan Gates, the Chief Operating Officer for Verplank Trucking Company.

Gates tells us that Verplank Trucking has been in business since 1908, and those years have been spent bringing in salt from Fairport Harbor, Ohio and Goderich, Ontario.

The salt is shipped through the Great Lakes some 500 miles

"Everything is harvested from approximately five miles below the earths surface," explains Gates.
"Salt runs geologically underground, it’s mined, and then brought up to the surface level at which point it’s loaded on a boat from there and distributed here to West Michigan."

Once in West Michigan it's sent out to road commission garages via Verplank Trucking.

“We typically do an eight county radius from here in Muskegon," says Gates.

That radius is about 100 miles. Among the eight counties it covers is Muskegon County, Kent County, Ottawa County, and several M-Dot garages.

Gates explains how it's determined how much your local garage gets; “Typically it’s all contracted out, which is done in the month of June, and then each site that takes salt or uses salt has an allotment that they typically use and need in an annual season."

So next time you see salt being distributed in your community know that it came from Canada, or Ohio, but definitely Verplank Trucking.
Who Knew?