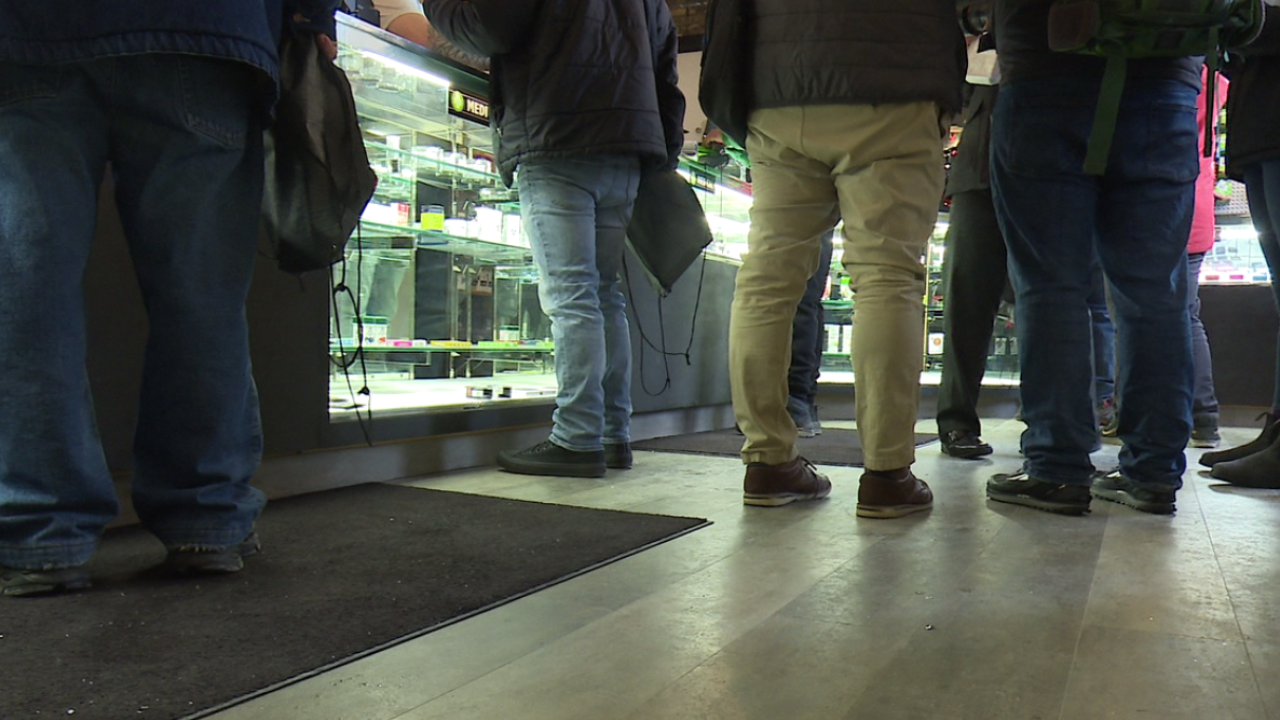 Copyright 2020 Scripps Media, Inc. All rights reserved. This material may not be published, broadcast, rewritten, or redistributed.
Customers line up inside Park Place Provisionary on Jan. 17, 2020 in Muskegon, Mich.

Park Place Provisionary, located at 1922 Park St., got clearance to sell recreational marijuana last week and opened up to the public at 10 a.m.

The dispensary says a lot of work went into preparing for it, but they were excited to let everybody in. Staff said they were proud to be first in the city to sell recreational pot.

The store had dozens of products to start sales with and expects their inventory to last a while — which has been a hurdle for other dispensaries in Michigan.

City Commissioner Ken Johnson was one of the first customers to make a purchase Friday morning. Johnson has been advocating for legal marijuana sales in Muskegon.

“Moving us forward with medicinal marijuana and getting the regulatory framework in place and the ordinance and zoning, that was actually quite an uphill battle, surprisingly,” he said. “And that’s what I was most passionate about, because it was about public health and getting patients access to medicine.”

People showed up as early as 7:30 a.m. to get their hands on some product.

“It’s insane. A decade ago, I never would have imagined this day was here,” said Matt Dobb, who got in line at 8 a.m. “Now to finally see it come, I’m happy to come out and show my support for the community. I’m really proud of West Michigan.”

Bella Sol Wellness Centers, also in Muskegon, was planning to open on Saturday for the first day of recreational sales. However, the dispensary says they have had a hard time getting an adequate amount of products, so they have decided to postpone the grand opening.