Erosion causes removal of boardwalk at Kruse Park in Muskegon 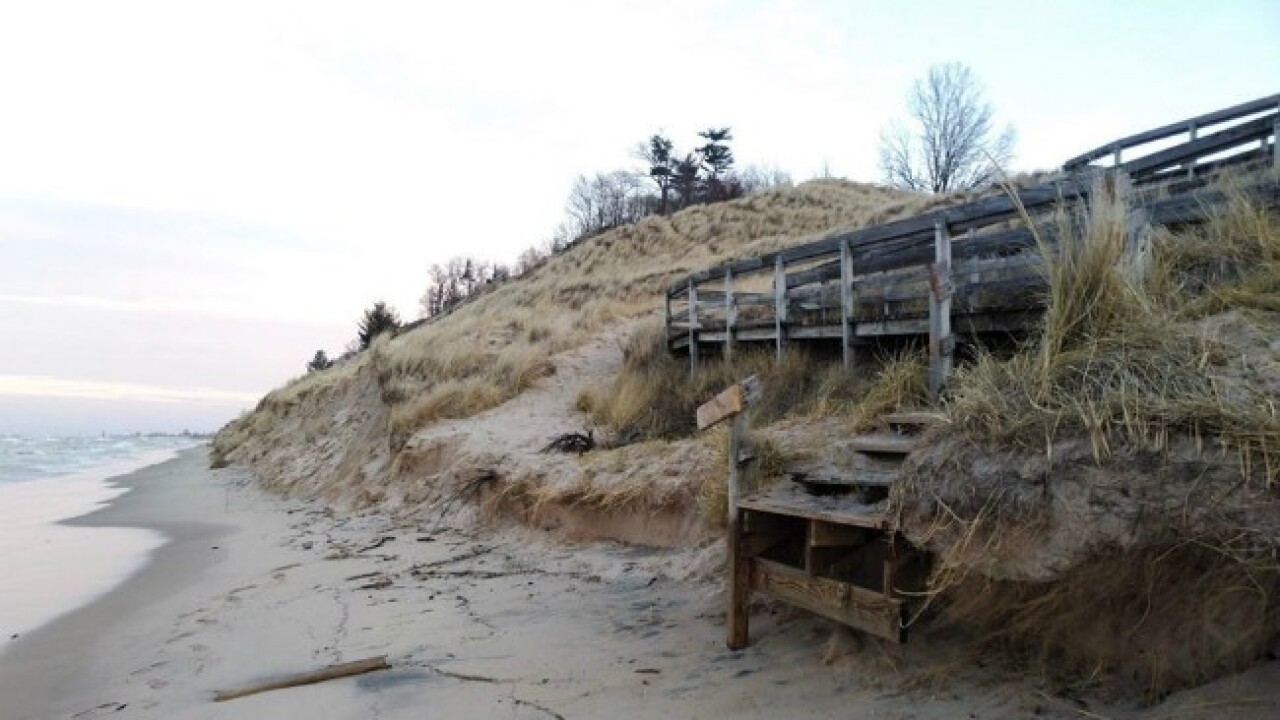 Copyright 2020 Scripps Media, Inc. All rights reserved. This material may not be published, broadcast, rewritten, or redistributed.
Damage caused by erosion to the boardwalk to Lake Michgan at Kruse Park in Muskegon, Mich. 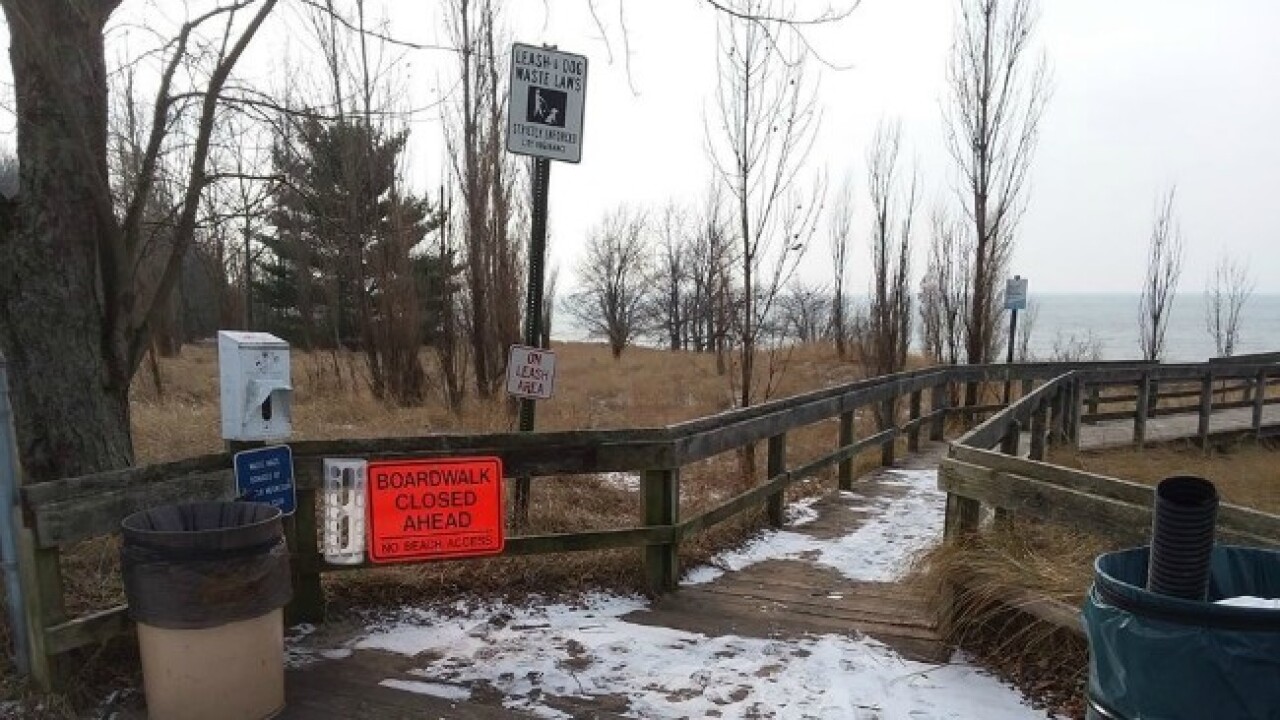 MUSKEGON, Mich. — The City of Muskegon is closing the boardwalk to Lake Michigan at Kruse Park due to damage caused by erosion.

Erosion has been exacerbated by water levels never before seen in January. Water levels were above normal the entire year of 2019.

High water and erosion caused damage that made the boardwalk to the water unsafe to use. To avoid pieces of the boardwalk being swept into Lake Michigan, the city has also removed the lowest section that connects to the beach.

What remains open at Kruse Park includes the boardwalk that goes up into the dune, the playground and the picnic shelters.

The city asks people visiting the park to avoid trying to access the beach through other routes at the park because the foot traffic through sensitive dune areas could cause more erosion.

Access to the dog beach is limited to the north end of the designated dog area near the curve on Beach Street. The closest access point will be Beachwood Park until repairs can be made at Kruse Park.

A replacement boardwalk has been discussed but a date for that has yet to be determined. Officials say that the water needs to go down significantly before a rebuild can begin.