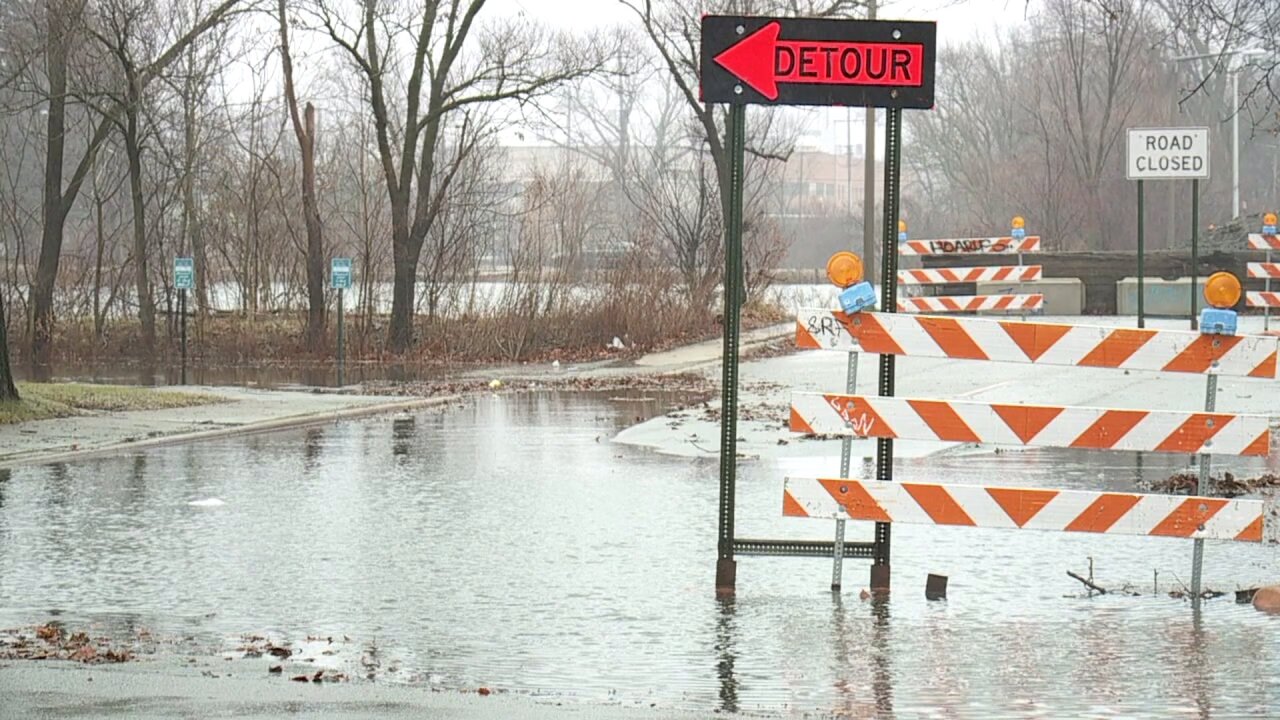 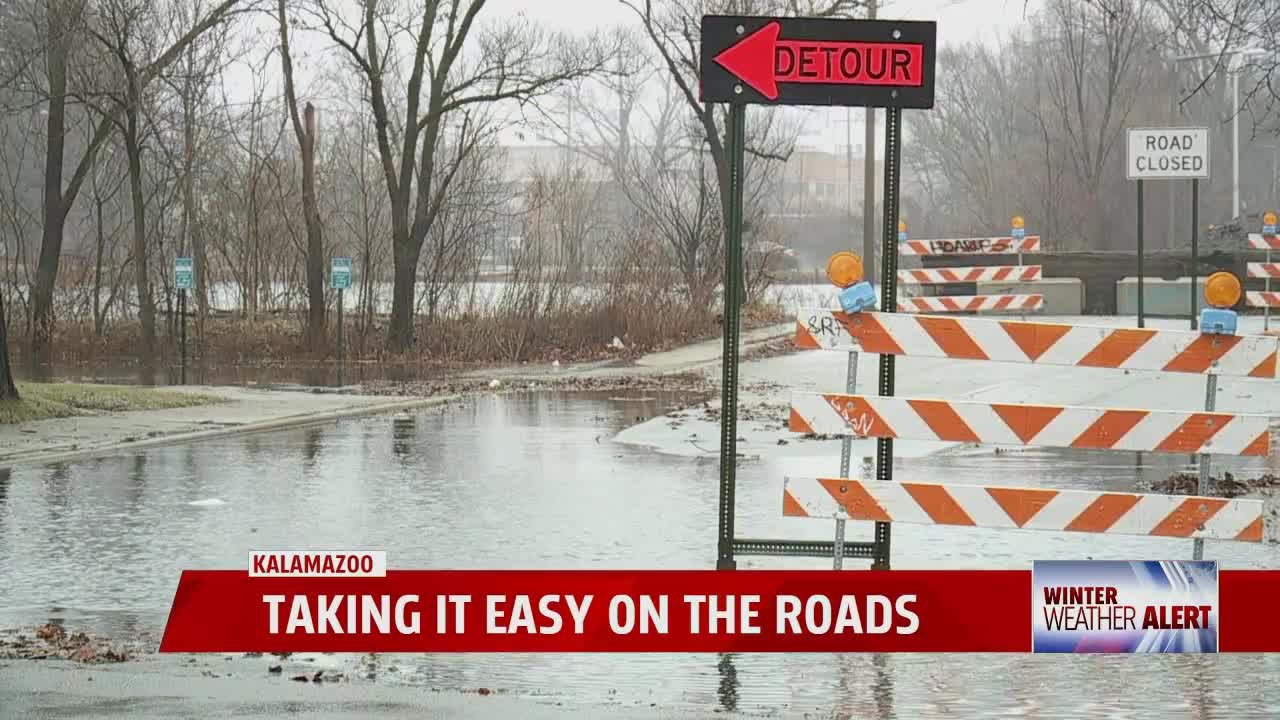 “They seem pretty safe,” said Gerard Brown of Kalamazoo. “The roads don’t seem that bad. There’s not a lot of traffic.”

Drivers told FOX 17 that they didn’t see any slide-offs and that people were being cautious on the road, even in spots where there was black ice.

“They’re very slippery,” said Tod Bennett of Kalamazoo. “There’s a thin film of ice on top and if you’re not careful you can slide around pretty easily.”

The City of Kalamazoo stacked Road Closed signs on the sidewalk next to Crosstown Parkway. A few orange barrels were already in the street, which is known to flood whenever it rains. A few puddles formed. However they never filled the street.

Drivers took their time going slow down the road, which was one man's main advice for driving in wintry conditions.

“Just make sure you’re comfortable with what you’re doing and if you hit an icy spot, don’t hit your brakes,” advised Craig Berg of Battle Creek. “Just take your foot off the accelerator. Slow down. Get in control of your vehicle and then keep driving.”