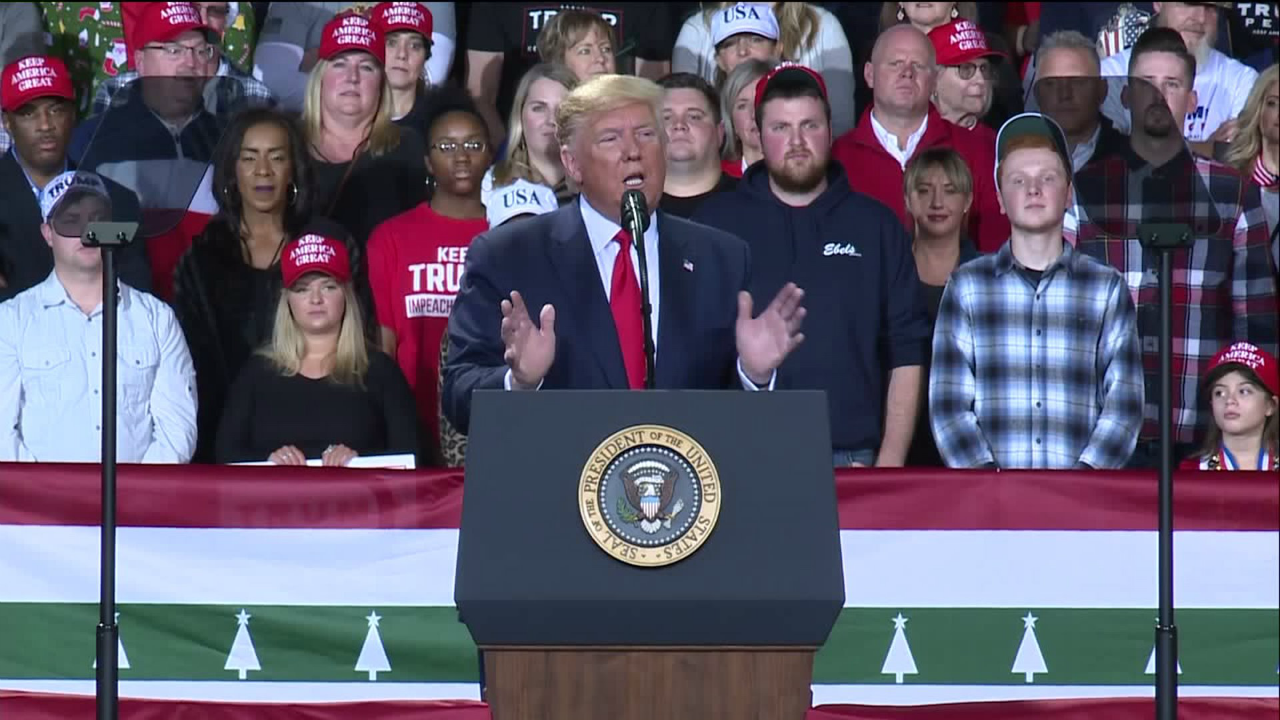 Copyright 2019 Scripps Media, Inc. All rights reserved. This material may not be published, broadcast, rewritten, or redistributed.
President Donald Trump speaks during a rally on Dec. 18, 2019 in Battle Creek, Mich.

BATTLE CREEK, Mich. — Kellogg Arena has been reimbursed for the cost of hosting President Donald Trump’s rally in December.

Trump’s “Merry Christmas Rally” last month cost the arena about $33,000 in labor and equipment to set up for the event. Shortly after the event, the arena submitted an invoice to the president’s campaign to be reimbursed.

The arena received the money this week.

The City of Battle Creek is also planning to send an invoice to the Trump campaign to cover the $93,000 it spent on the event. Most of the expenses came from staffing the event with police and fire departments, building maintenance, public works and transit employees.

Battle Creek is expecting to submit its invoice by the end of this week.