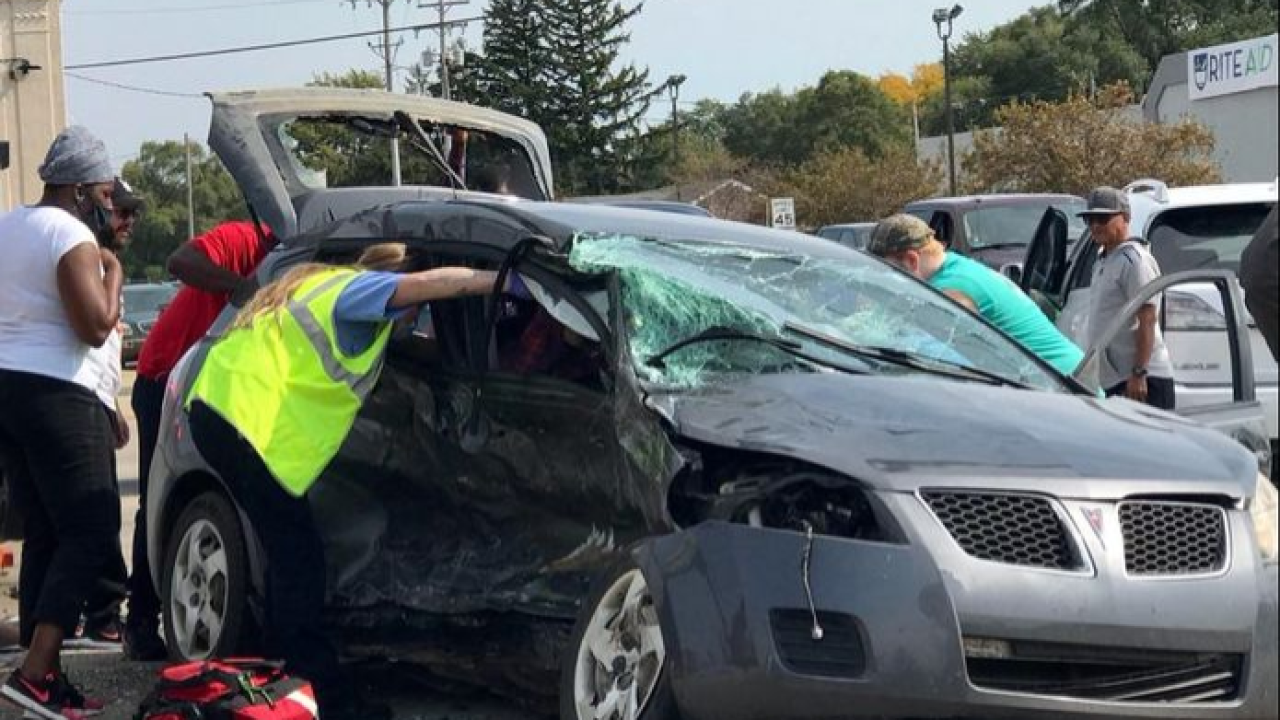 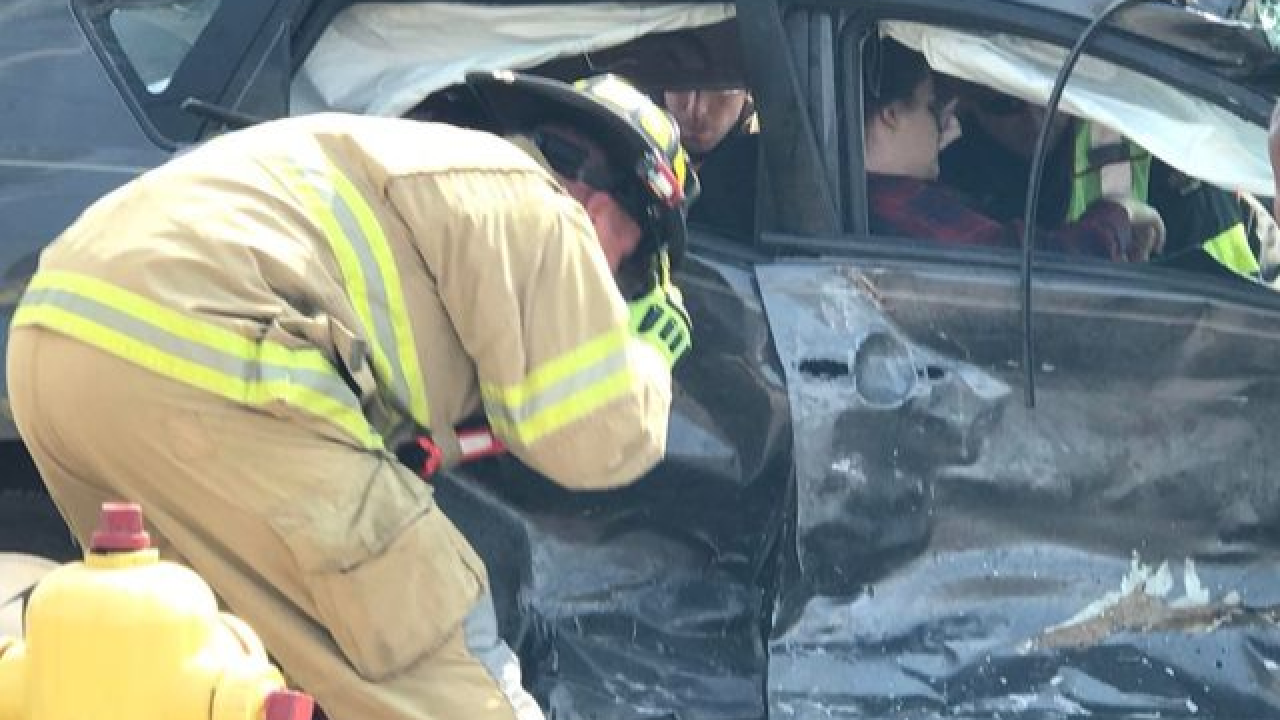 WYOMING, Mich. — Four people were hospitalized including an infant in a serious crash Saturday.

Wyoming police tell us the driver of a Pontiac was heading east, making a left turn onto Division Avenue from 44th Street when they were hit by a westbound Acura. The Pontiac rolled in the collision.

Viewers pictures show police using a hydraulic spreader to open the doors and pull the victims out. Passersby tried to help the victims get out of the vehicle, taking the baby out before first responders arrived.

Reports from police say the three adults in the crash were taken to the hospital with serious injuries. A 6 moth-old infant is being treated with life-threatening injuries at the hospital as well.