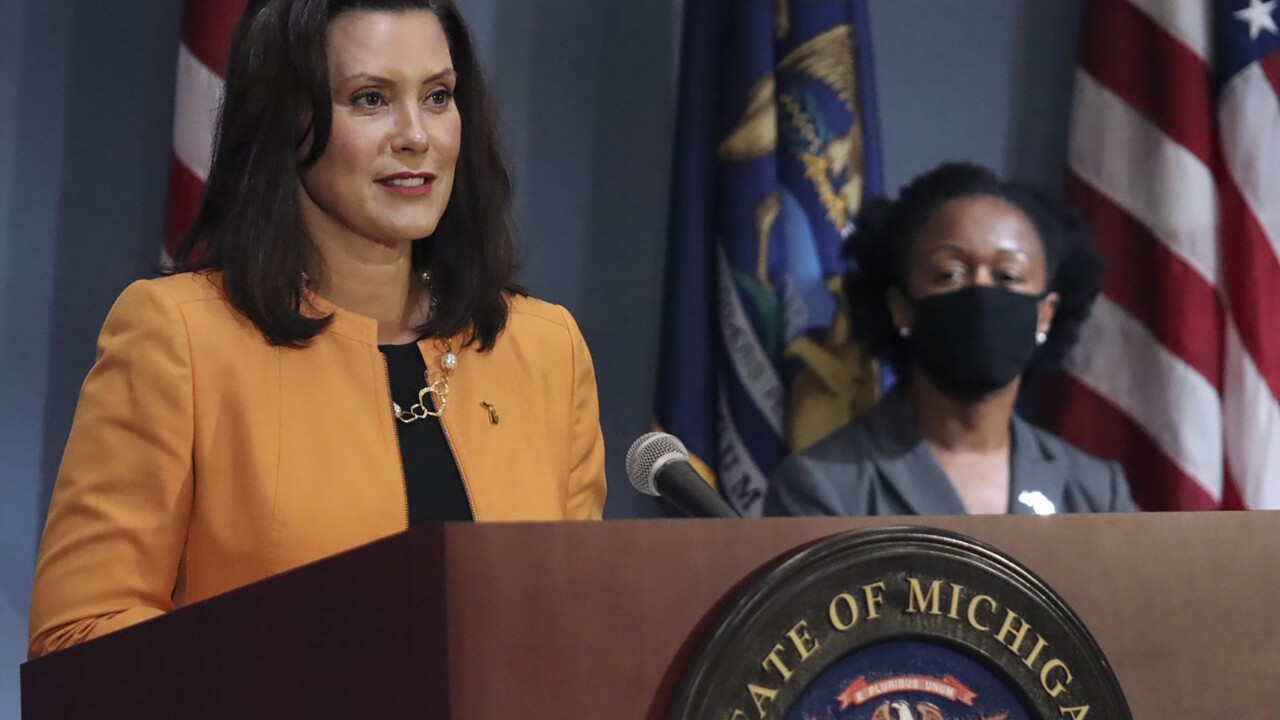 LANSING, Mich. — Michigan Gov. Gretchen Whitmer issued a warning Sunday about COVID-19 and said if hospitals begin to become overwhelmed as COVID-19 cases increase once again, the state could take a step backwards.

“We’re seeing COVID19 spreading across our state, and it is alarming,” said Whitmer. “COVID19 hasn’t changed. It’s still a very real threat all across the state of Michigan.”

Right now, communities across the state, including those in West Michigan, are seeing unprecedented levels of positive COVID-19 cases.

This weekend, the state set a new daily record since the pandemic began, with 3,338 positive cases reported on Saturday. The seven-day average is at its highest as well, with 1,875 cases.

While testing has increased, Whitmer says that’s not the reason for this trend. She points to the state’s positivity rate, which is now between five and six percent, after sitting around three to four percent the last few months, as evidence of community spread.

“We need our residents to double down and do what it takes so we can keep our economy engaged, get our kids in school,” said Whitmer. “It takes scrupulous handwashing and physical distancing and mask-wearing.”

Hospitalizations are also a concern among health professionals.

Last week, medical leaders representing 110 of the state’s hospitals, including Spectrum and Mercy Health, issued a letter. It says rates have surged by more than 80 percent in recent weeks and adds that if this continues the healthcare system is “at risk of another capacity crisis.”

“If we get overwhelmed, and we’ve got hospitals on the verge of being overrun, then we will have to take steps backwards,” said Whitmer.

How a possible second shutdown would work remains in question after a recent state Supreme Court ruling.

“More than anything, I think we’re going to have to have a legislature that wants to work with the governor to combat the spread of the virus,” said Nessel.

Whitmer hopes that not needed and is asking Michiganders to act now.

“Let’s pull together figuratively, so that we can pull together literally after we get our arms around this virus,” said Whitmer.