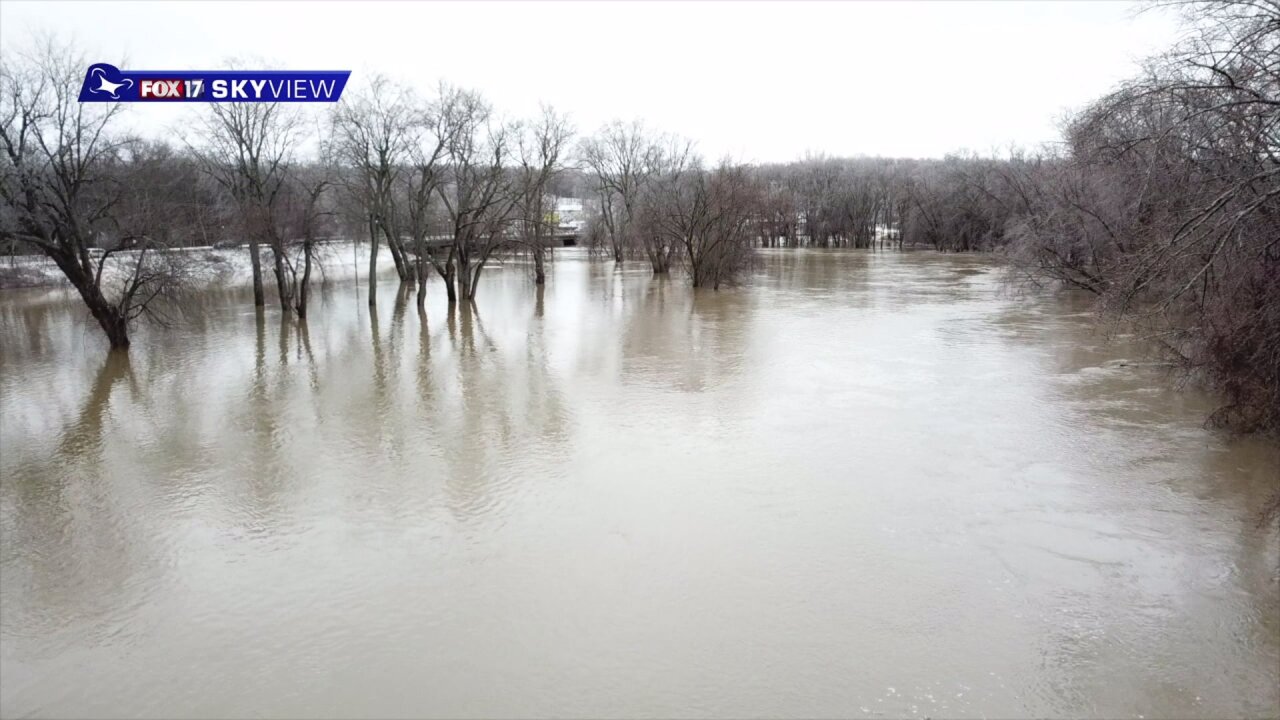 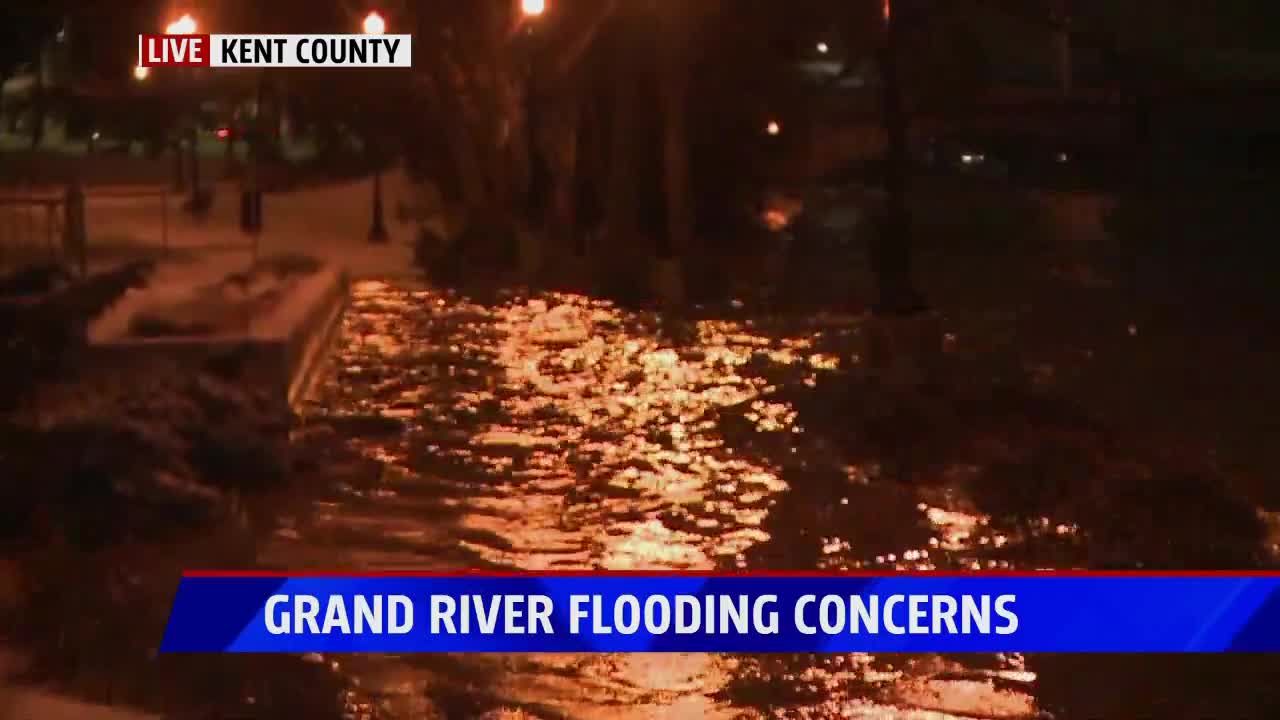 GRAND RAPIDS, Mich. — Several rivers in West Michigan are under a flood warning as of Monday morning.

Rising waters are threatening homes and causing concerns for motorists.

The flood warnings stretch from Lansing to Grand Rapids along parts of the Grand River.

The National Weather Service has issued a minor flood warning until further notice for parts of Kent and Ottawa counties.

Based on recent precipitation, snow and ice, those waters are expected to hit 16 feet by Thursday morning.

Record flooding in the Grand River was just under 22 feet in 2013.

Even though we’re a long ways off from hitting that mark, it's still a major inconvenience for people who live along the river.

Motorists are reminded to follow all signage and barricades and to turn around and not drown.