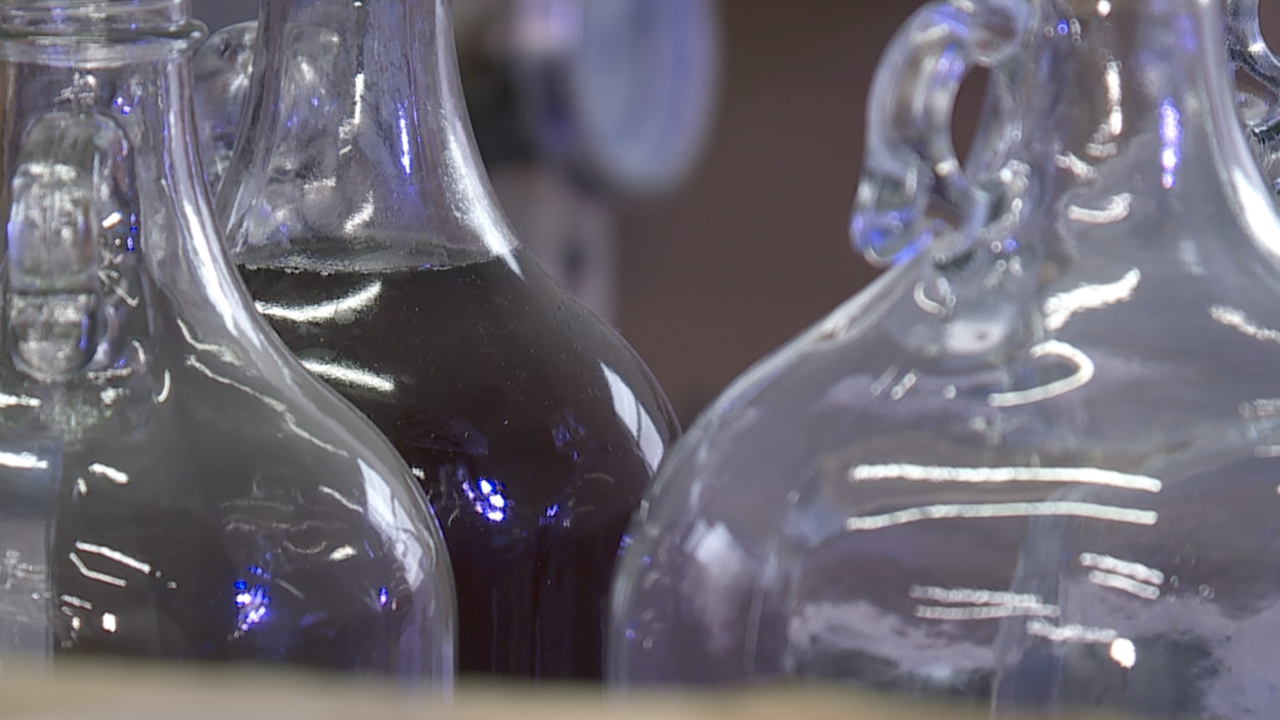 DUTTON, Mich. — Local farmers can prove to be a good alternative to big grocery stores, especially in a time when supplies may be low.

Martin's Sugar Bush and Produce in Dutton has been open for business selling maple syrup as well as produce including carrots, potatoes, onions, bread, eggs and milk.

"We’re out here working on the farm, doing things. We’ve got the green house going," said owner Jim Martin, who started growing crops about 12 years ago.

His main item in the springtime is maple syrup. It's often regarded as the first crop of the season.

It takes 40 gallons of sap to make one gallon of maple syrup.

"We usually do anywhere between half pints and a 12-ounce bottle," said Martin.

Martin's Sugar Bush and Produce opened after loyal customers had called Martin, asking if they had items they could not find in larger stores.

"We had so many people calling us on the weekend before, and we had people come out on Sunday and pick up some stuff. So we decided to open up," said Martin. "Last week we were busy everyday. This week has been a little bit slower with people locked down."

Martin's location in Dutton is located at 7245 Hanna Lake Ave. SE. Many other farm stands in the area have not yet opened up for the season.

Under Gov. Gretchen Whitmer's shelter-in-place order, shops and stands can remain open under the grocery exemption.