Jury will decide fate of father accused of starving baby 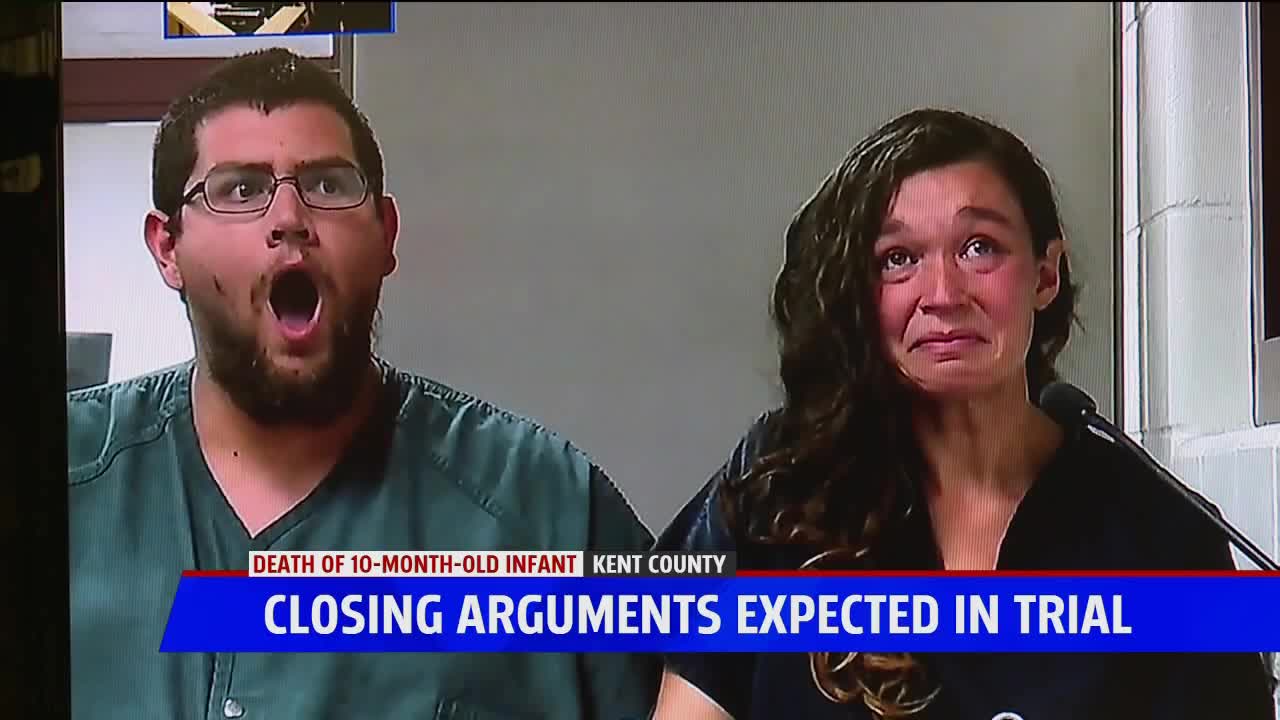 GRAND RAPIDS, Mich. — Closing arguments are expected today in the trial of a West Michigan father of three, accused of starving his 10-month-old baby to death. A jury will then decide whether he spends the rest of his life behind bars.

Four days of testimony and evidence revealed the father waited almost two hours to call police after finding 10-month-old Mary Welch’s body on her torn and urine soaked crib mattress. The assistant prosecutor said he called his parents, texted someone about selling a goat, and googled why a rapper named Takashi was kidnapped before he dialed 911 for their dead baby.

Throughout the five day trial, the jury has seen a picture of the dead 10-month-old girl and listened to police tapes where Seth told investigators her death was just a part of ‘natural selection,’ while flippantly saying he wasn’t losing any sleep over his dead daughter’s death.

Investigators say the girl died of malnutrition and dehydration as she was only eight pounds at the time of her death. Dr. Sarah J. Brown, a child abuse pediatrician at Bronson Children’s Hospital testified to the evidence that Welch starved his baby to death.

Welch and his wife, Tatiana face up to life in prison if convicted. A jury will decide his fate after closing arguments on Monday. Tatiana is expected to head to trial next week.