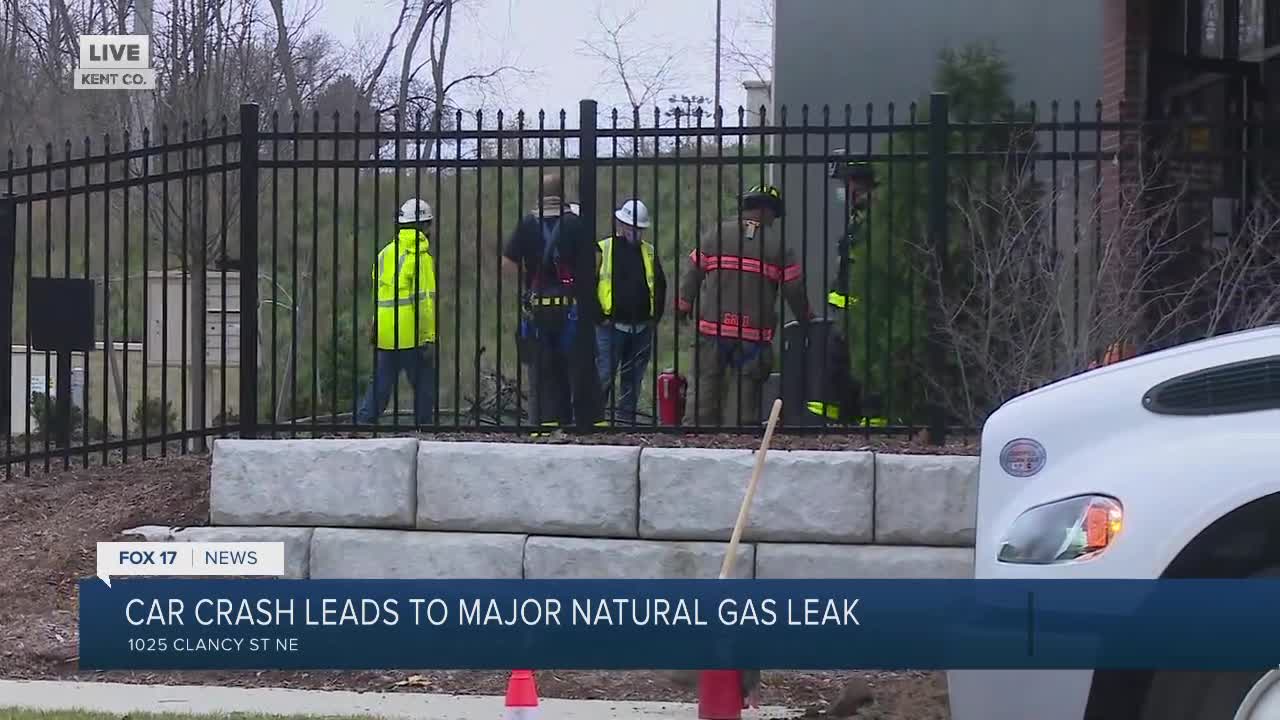 Grand Rapids Police (GRPD) tell us that it was the result of a car crashing into 1025 Clancy St. NE before 7 a.m.

While there were no injuries in the crash, the gas leak did result from it, and made it so both the Grand Rapids Fire Department and D.T.E. were called in to help.

All residents in the nearby apartments were asked to evacuate, although it now seems that they were let back into their buildings and traffic has resumed as normal, according to our crew on scene.

Suspects from the crash fled on foot, and were not found by GRPD.