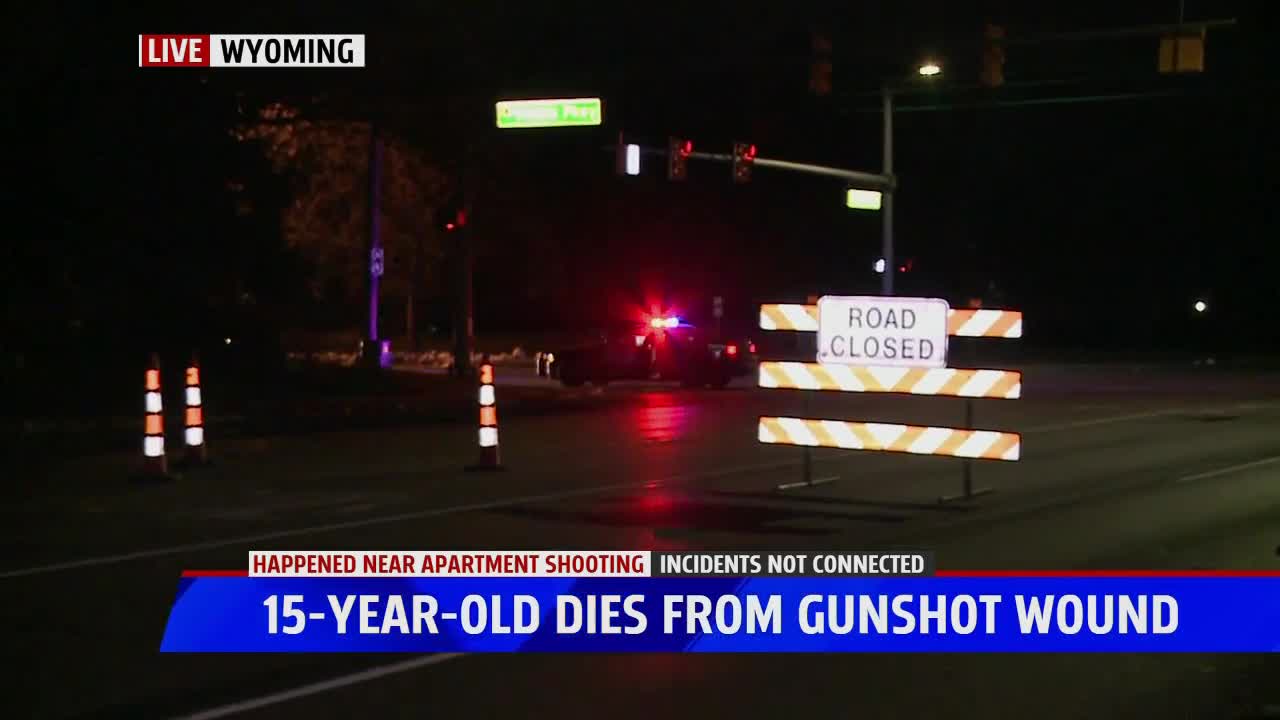 They say they executed a search warrant in that same area around 5 p.m. Saturday, nearly 16 hours after the homicide investigation began. According to a news release, three
suspects took off running, but were caught. Police say they all had active arrest warrants. They were arrested and booked into the Kent County Correctional Facility on the warrants and
on misdemeanor charges of disobeying lawful police orders.

However, Wyoming DPS says investigators do not believe they were involved in the double-shooting that occurred on Friday.

--------EARLIER REPORT:
Police responded to reports of a shooting on Byron Center Ave. SW and Prairie Parkway SW at about 1:15 a.m. on Saturday.

The 15-year-old victim was found inside of a vehicle with an apparent gunshot wound, and was pronounced dead at the scene.

He was shot in the parking lot of 1965 Prairie Parkway before the driver of the vehicle attempted to take him to a local hospital.

There is no word yet on a suspect, although an early investigation suggests that the incident was not random.

The victim's name is not being released until his family is notified.

Residents are being asked to avoid the area to allow investigators to process the crime scene. They say the intersection will be blocked for at least the next several hours.