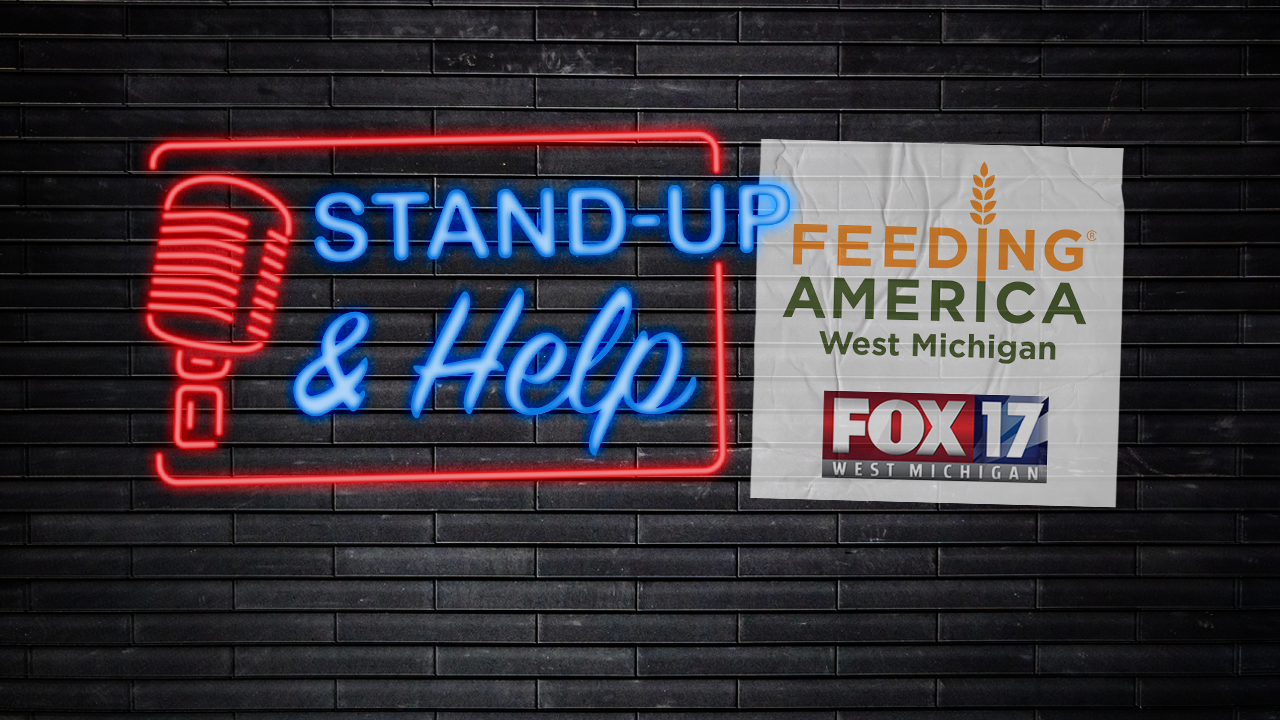 With this match, every dollar you donate will provide 8 meals to local families in need.

Many families are struggling to keep food on the table due to the COVID-19 pandemic.

One out of 6 people in West Michigan and the Upper Peninsula — or 17.3% of the region's population — is dealing with food insecurity. The number includes nearly 118,000 children.

David Dyer has been performing stand-up at comedy clubs and corporate events for over 25 years. He’s worked with some of the best comics in the industry, including Mike Birbiglia, Jim Breuer and Lewis Black. He’s been a contributing writer to NBC’s “Late Night with Jimmy Fallon” and “ABC’s Politically Incorrect.” He’s a frequent guest on the nationally syndicated “Bob and Tom Show."

Joe Anderson is an award-winning actor, writer and comedian who spent two years touring with and as a main stage understudy for the famed Second City comedy theater. His critically acclaimed sketch comedy group, “The Don't We Boys!” toured over 30 states, and they were asked to pitch their TV pilot at USA, Comedy Central, TruTV and TBS. And in 2019, he opened The Comedy Project in Grand Rapids.

Johnny Beehner made his network television debut in January of 2015 as one of the last comedians to appear on The Late Show with David Letterman. He has made numerous appearances on FOX's “Laughs” television show and regularly appears on the nationally syndicated "Bob and Tom Show."

Pat Sievert sees things in a way you’ve never considered, but it’s a perspective you’ll never forget. Based out of Lansing, Michigan, he’s quietly become a fixture in the Midwestern underground comedy scene. He’s honed his charmingly quirky, wickedly funny material with diligent road work, appearing at festivals across the country (Whiskey Bear, Motor City and Savage Henry, to name a few). In 2019, he won the prestigious Funniest Person in Grand Rapids Competition. Whether it’s an indie DIY show or an A-list comedy club, he's a refreshing new voice that stands out from the crowd.