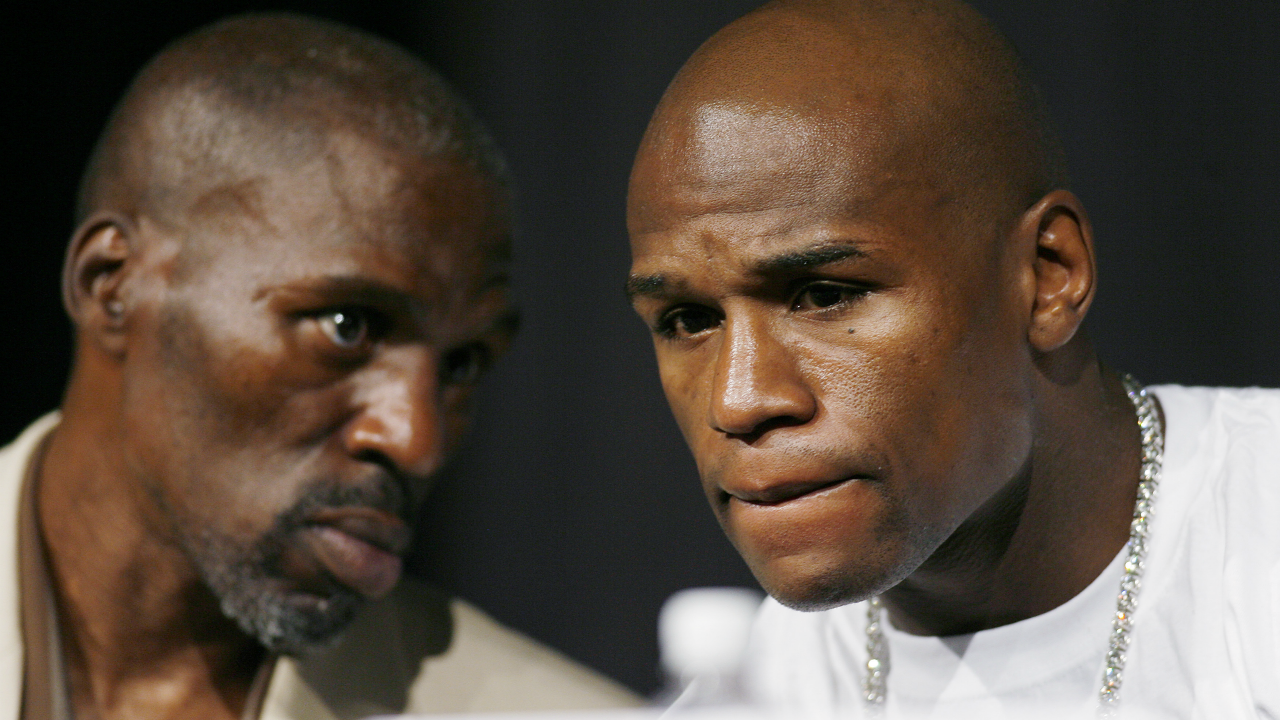 (Copyright 2020 The Associated Press. All rights reserved. This material may not be published, broadcast, rewritten or redistributed.)
(AP Photo/Isaac Brekken)
Roger Mayweather, left, and Floyd Mayweather listen during a news conference Wednesday, Sept. 16, 2009 ,in Las Vegas. Floyd Mayweather is scheduled to face Juan Manuel Marquez, of Mexico, in a welterweight boxing match Saturday.

LAS VEGAS (AP) — Roger Mayweather, a former world champion who also trained his nephew Floyd Mayweather Jr., has died at the age of 58.

Floyd Mayweather announced the death in a statement.

Roger Mayweather had been ill with diabetes and other long-term health issues. He held titles at 130 and 140 pounds and was in the corner for some of Floyd Mayweather's biggest fights.