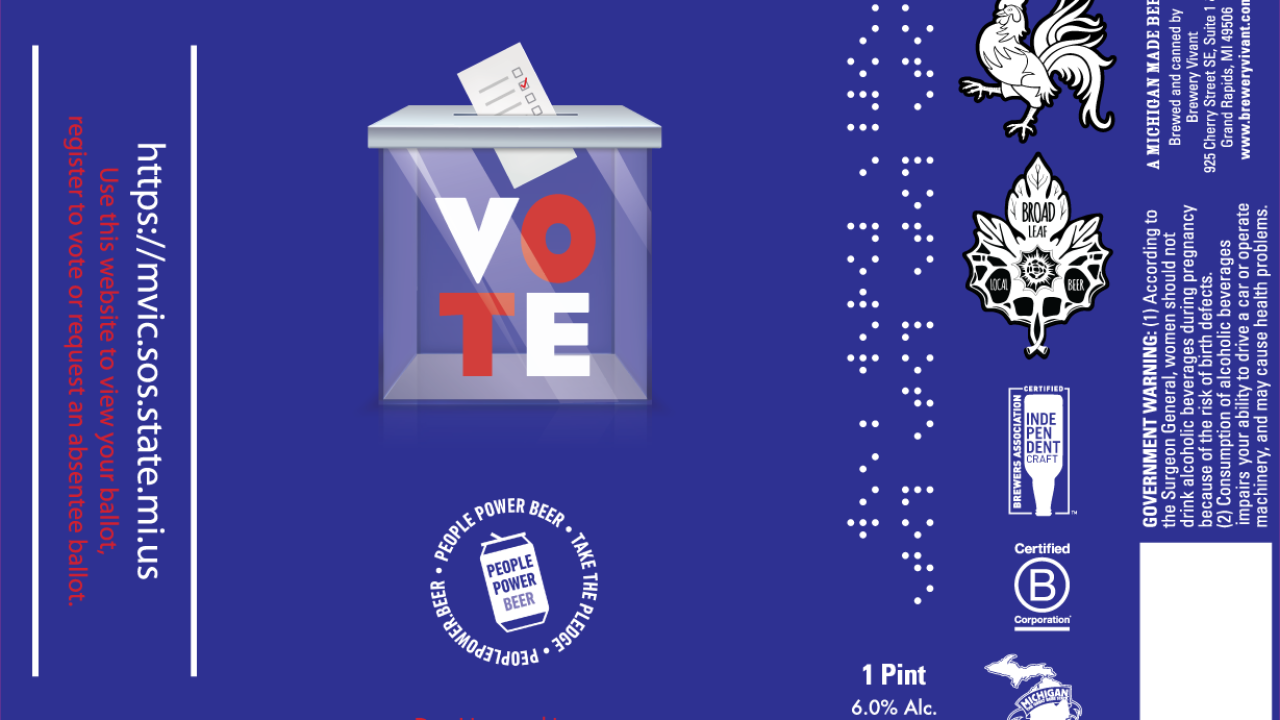 “Breweries are an important part of our communities in that we are in the unique position of providing a public space for all who come through our doors while also having an inclination to raise awareness of the issues facing our society,” Brewery Vivant president Kris Spaulding said in a release. “We are excited to support the vital work of the ACLU through joining in this campaign.”

Brewery Vivant and Broad Leaf Local Beer are releasing a collaboration; a dry-hopped lager with Cyro Loral and Huell Melon hops. The brew, labeled with a clear ballot box holding the word "VOTE" inside, will be available by the pint at both locations starting October 1st.

The initiative started in New York's Threes Brewing in 2018 and supports the American Civil Liberties Union. Three's Brewing then asked American craft brewers release their own unique take on the beer, including labels unique to each brewery.

Versions of People Power Beer have been made by over 100 US breweries since July 4th, 2020, and will continue until Election Day, November 3rd. The initiative marks the 100th anniversary of the ACLU's efforts and is intended to "celebrate endless forms of expression made by and for people."

Any American craft brewery can participate by signing up on the People Power Beer website.