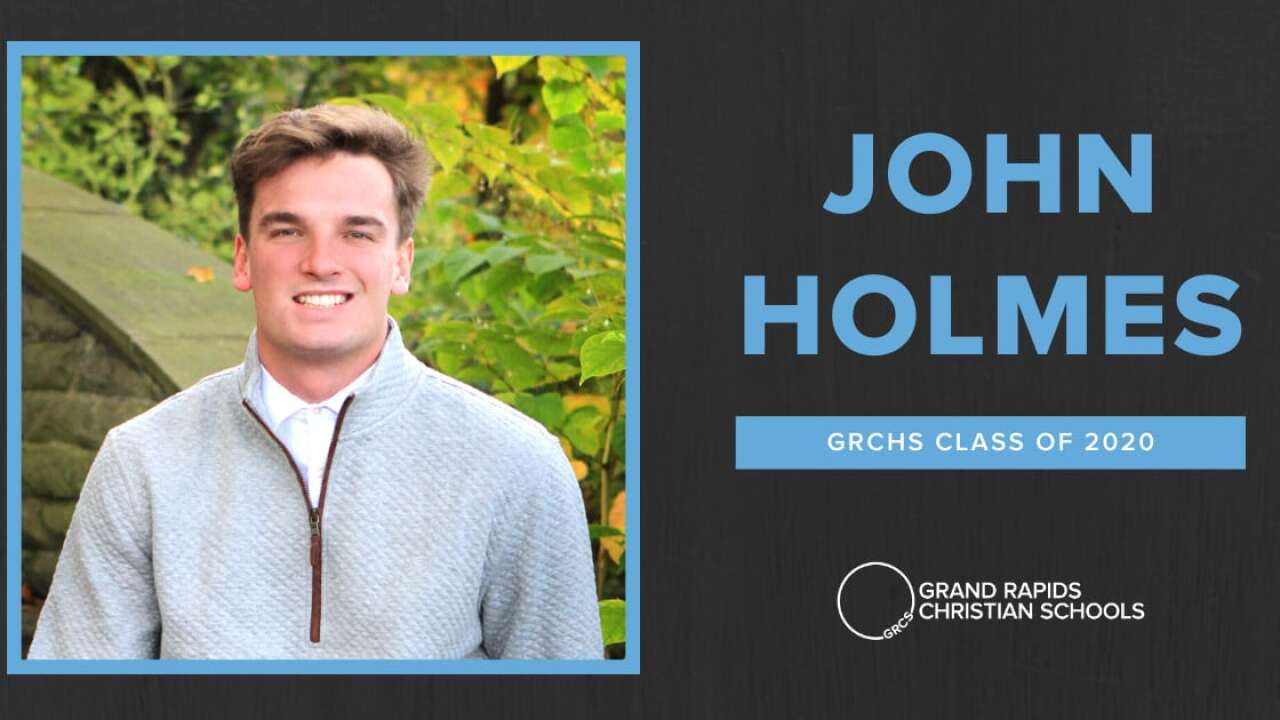 18-year-old John Holmes had recently graduated and was planning to play football at Brown University in the Fall.

“John was a leader in our school,” Christian principal Brad Mockabee said. “He was passionate about learning, athletics and people. He was personable and somebody I could bounce ideas off of as a student leader. As a principal, you don’t get to know a lot of students well, but he was somebody I did get to know. He was just an integral part of who we are.

The Kent County Sheriff’s Office reported that Holmes was traveling northbound at approximately 10:59 p.m. in a 2019 GMC Acadia on Pettis Ave., south of 2 Mile Road NE in Ada Township.

The car went off the roadway and overturned, causing the vehicle to start on fire. Holmes was pronounced dead at the scene, and the crash remains under investigation.

“Our kids are hurting,” said GRCHS co-head football coach Rueben Riley. “John not only made a huge impact on our program, but the Grand Rapids Christian community. He is a kid full of passion on the field, a high motor kid and a high character kid as well. A smart kid and we will miss him. We are selfishly hurting because we can’t be around him and hug him.

Holmes also played tight end for the Eagles, and he started at linebacker his junior season before transitioning to lineman. Holmes recorded 60 tackles in 2018 before announcing on his birthday, July 23, 2019, that he would be continuing his education and football career at Brown.

Holmes was a two-sport athlete at Christian, being named captain of the basketball team this winter.