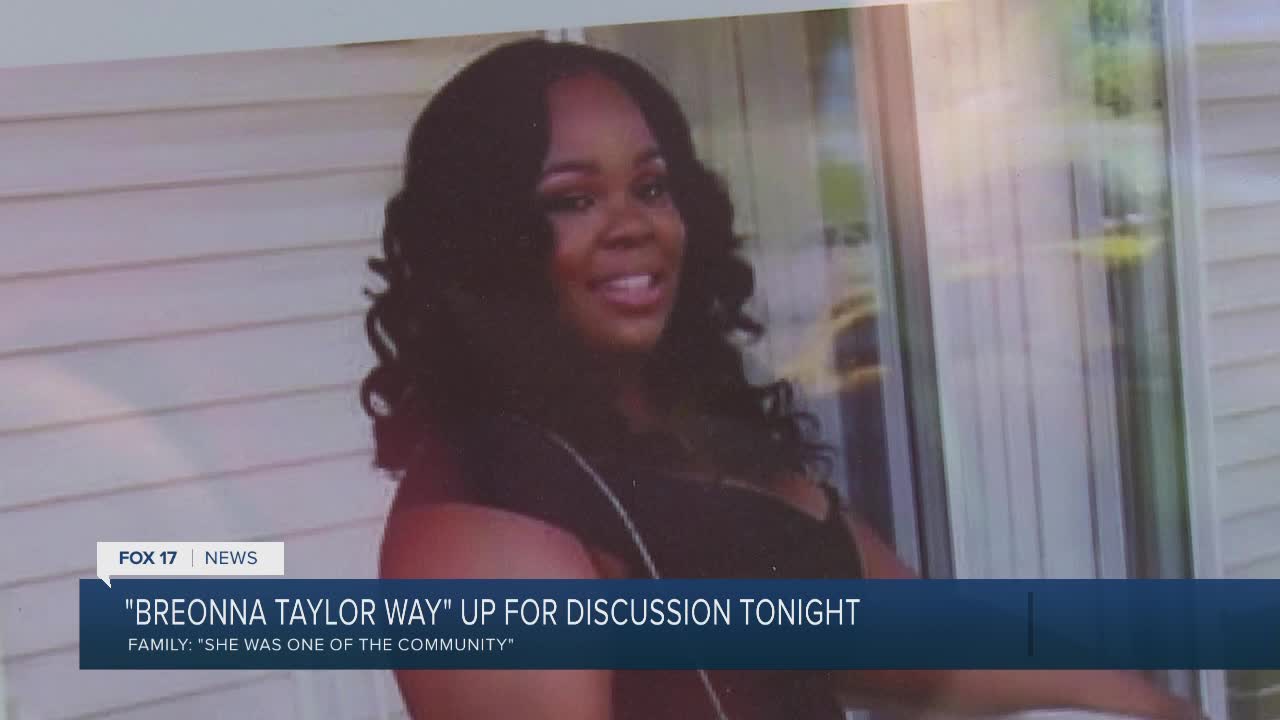 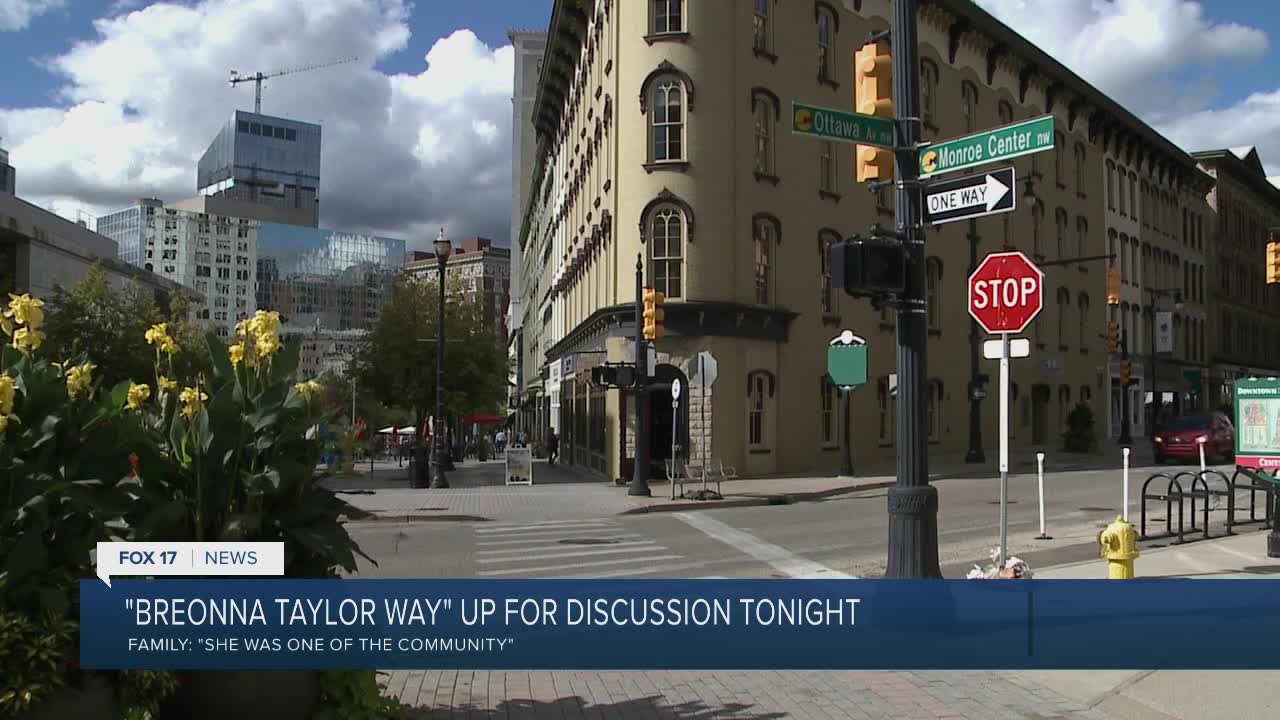 GRAND RAPIDS, Mich. — After Breonna Taylor’s family held a barbecue in her honor in July, they began working with the Justice for Black Lives organization on petitioning the city to get a street named after her, said Taylor’s cousin Tawanna Gordon.

Since then, Gordon and other relatives met with city officials and Police Chief Eric Payne about their efforts. They were told they needed to gather 4,000 signatures in order to make it an agenda item for the Tuesday September 29th meeting.

Gordon said that was easily done.

“It means a lot because more people wanted to do it as well but the city said they only needed 4,000,” Gordon said during a Zoom interview on Tuesday afternoon before the meeting. “But we had multiple others that were willing to sign up. It means a lot that they would still acknowledge that Breonna Taylor was one of our own.”

“She fought to take care of people even through COVID when we begged her to stay home so she wouldn’t catch it,” Gordon said. “She told us ‘no.’ She was always adamant about her decision and so we just kind of supported her even though we feared that she would catch it. This was the last thing we would’ve thought would happen to Breonna.”

Breonna Taylor is a native of Grand Rapids, where she spent her childhood years, Gordon said. She then moved to Kentucky after freshman year of high school years ago. However on March 13 of this year, she was shot and killed by Louisville police in her own home.

Since Taylor death, demonstrations, protests and solidarity marches have occurred nationwide in her honor. The family was awarded millions of dollars from the city in a settlement. However Kentucky’s attorney general determined no officer will be charged in her death.

Gordon said it will not stop them from pursuing justice and honoring Taylor in any way they can. She believes renaming or dedicating a street in her name is a good start.