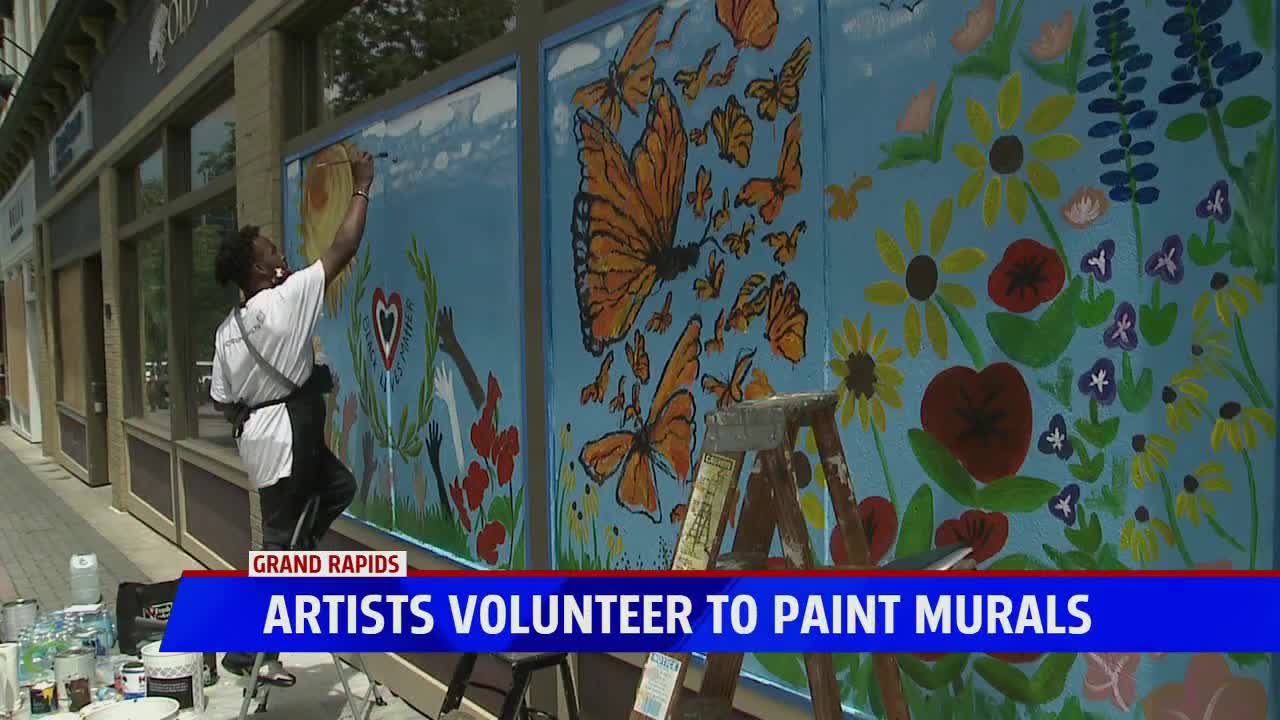 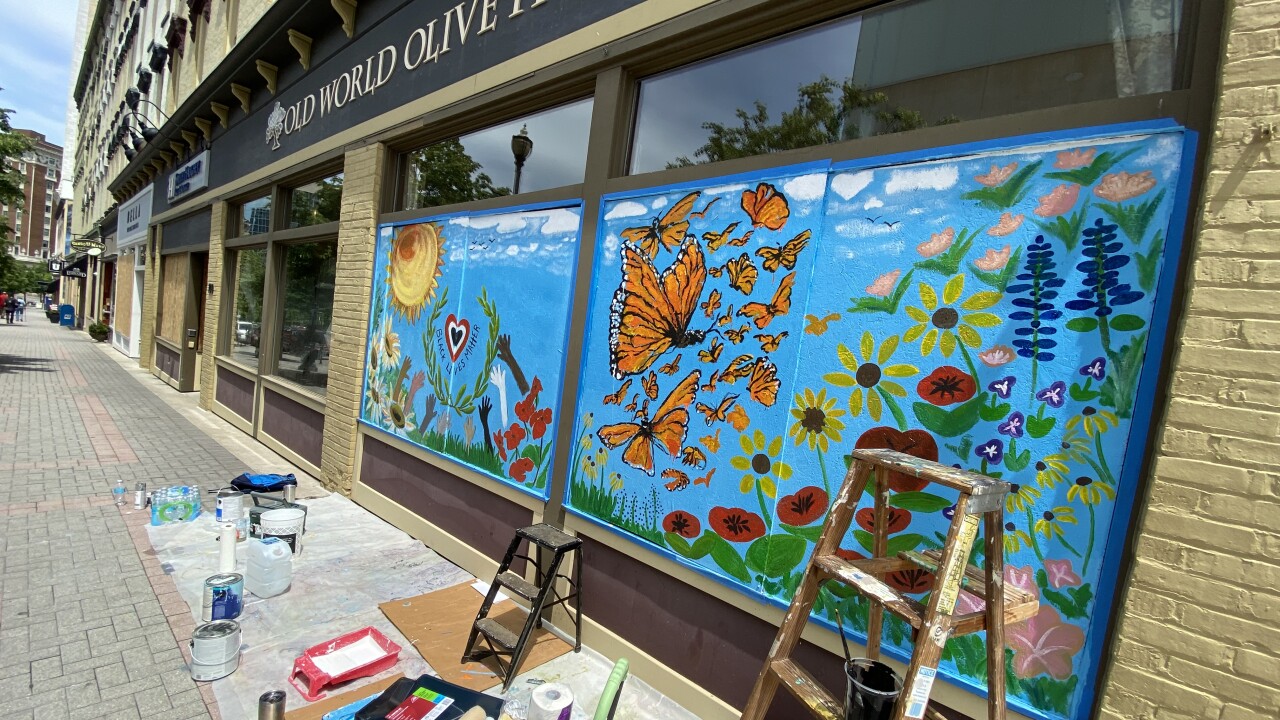 GRAND RAPIDS, Mich. — Local artists are using the skills and time to create murals on the boarded up windows of damaged businesses downtown.

Artist Amelia Volwiler-Stanley was inspired to organize the initiative after witnessing the destruction left behind after a peaceful protest Saturday afternoon eventually descended into chaos overnight.

“I felt the tension of everything and I was worried about all our people, and just the emotions that needed to be healed," Volwiler-Stanley told FOX 17 Wednesday.

She reached out to Shasta Fase, owner of Old World Olive Press on Monroe Center, to see if Fase would be interested in having artists come paint on their boarded up windows.

“We all are good people and some times people get caught up in the wrong things, and I think the kindness and the love and support shown to us kind of reassures that," Fase said.

Grand Rapids-based artist Darda Brooks was contacted by Volwiler-Stanley and things were in motion.

“The boards on the walls make the city look a little rougher than it actually is. So putting up the art is just our way of showing the light within the darkness or within tough times," Brooks said Wednesday.

Brooks and a few other artists began painting the boards outside Old World Olive Press around 9:00 a.m. Wednesday morning.

"Because it's in a public place, it democratizes the art. It brings it to the people. It's a boots on the ground type of approach,” Volwiler-Stanley said.

The art helping to maintain the momentum of the current cultural movement and bring recovery to the city of Grand Rapids.

“I really feel that this is almost a pivotal point for the business, a let's reflect, what have we learned, how can we be better, what can we do to help community. Each and every one of us, and I really think that's the lesson I’ve taken away,” Fase said.